How Brain Lipids are Changed in Parkinson’s Disease Why does this experiment on mice matter to us? Because according to this study, there are several links between mammalian brains, meaning, these sporadic changes that are being observed in the GSL levels of mice’s brains could potentially speak to the connection between GSL lipid levels and Parkinson’s Disease (and other degenerative diseases) in human beings.

But, how exactly do glycosphingolipid levels affect our brains? What changes must they undergo to make a difference, or an impact, in degenerative disease studies? We explore this study, surrounding theories, and the explanations behind them in the article below. 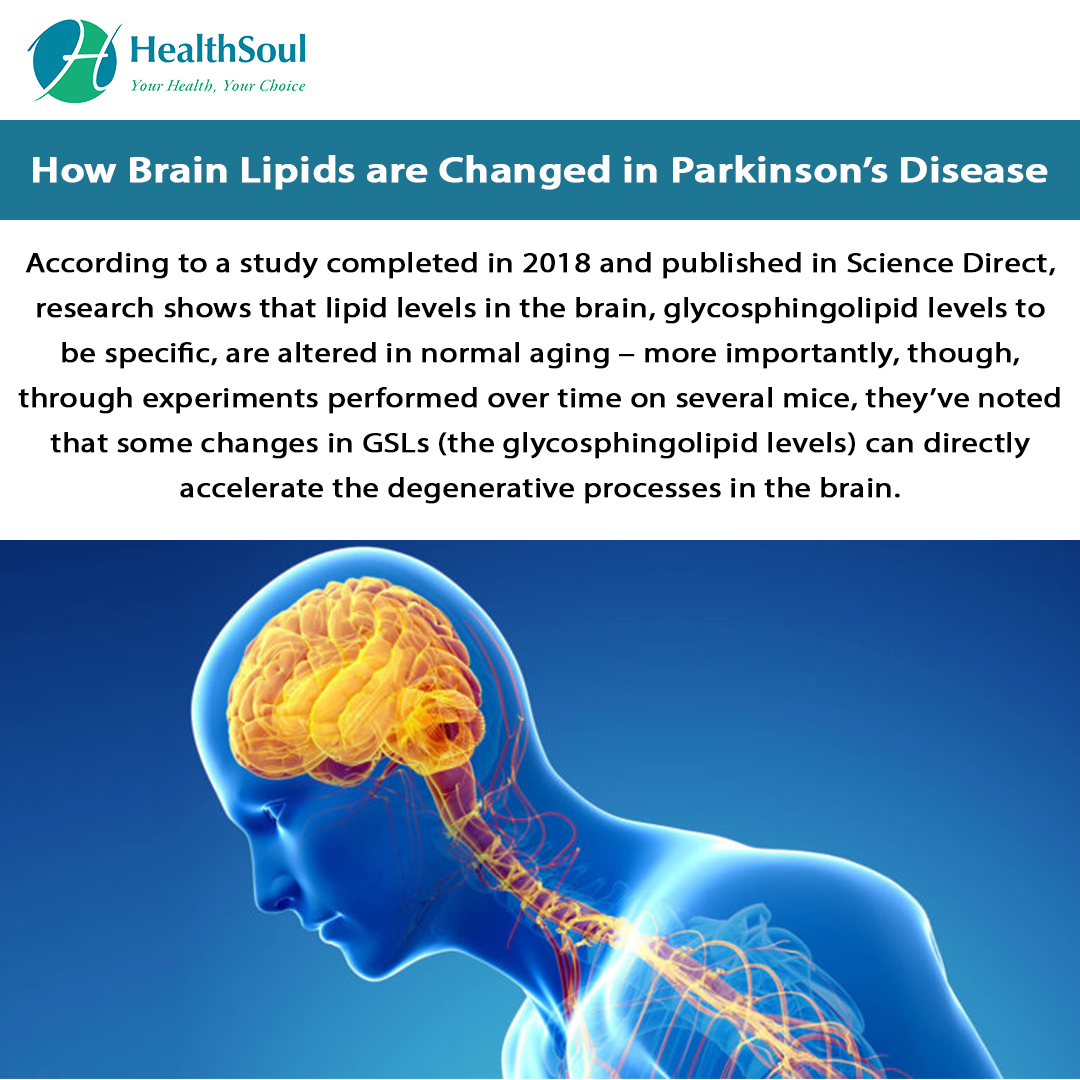 How Exactly Do the Brain Lipids Change in Conjunction with Parkinson’s Disease?

As we said above, this study we’ve spotlighted performed several, extended experiments on mice to test theories on lipid levels in relation to degenerative diseases such as Parkinson’s Disease. According to this study, there’s provided evidence that states a decreased lysosomal and non-lysosomal g-case activity and an increased lipid load occurs in both the brains of sporadic Parkinson’s Disease patients. This, evidentially, hypothesizes that increased GSL levels are associated with an aging brain, and because of this, degenerative processes are accelerated within vulnerable neurons. These neurons are known as midbrain dopaminergic neurons.

The result? A lower threshold for developing Parkinson’s Disease.

Why Is this Lipid Hypothesis Different?

This study challenges proteinopathy as the primary cause because it states that lipids and lysosomal changes could be the catalysts that actually cause the malformed proteins in the first place. In other words, the increase in lipid and lysosomal changes could cause proteinopathy, which in turn, could cause the malformed and aggregated proteins to contribute to degenerative diseases like Parkinson’s Disease.

GSL’s functional roles include forming lipid clusters to help engage in cell recognition, regulate signal transduction, and of course, sort and transport protein cargo. Because of this, it makes sense that an overproduction, malfunction, or accelerated increase of lipids could affect the lipid microenvironment, causing changes in proteins, in cell function, and more. An increase of these GSLs – in addition to regular GSL aging levels – could create physiological effects and contribute to degenerative diseases like Parkinson’s Disease.

As to be expected, advances in GLS levels occur naturally when aging, this contributes to the idea that the primary risk factor of developing adult-onset neurodegenerative diseases — like Parkinson’s Disease — is aging. That being said, though, normal aging does not contribute to Parkinson’s Disease – or similar conditions – in the same way that an increased level of lipids and lysosomal change do.