Bulimia nervosa, commonly known as bulimia, is an eating disorder characterized by periods of binge eating and then purging. Binge eating refers to the consumption of large quantities of food in a single sitting. If you suffer from bulimia, episodes of binge eating are often accompanied by dangerous methods of losing weight, including vomiting, excessive fasting, enemas, laxatives, and compulsive exercising. 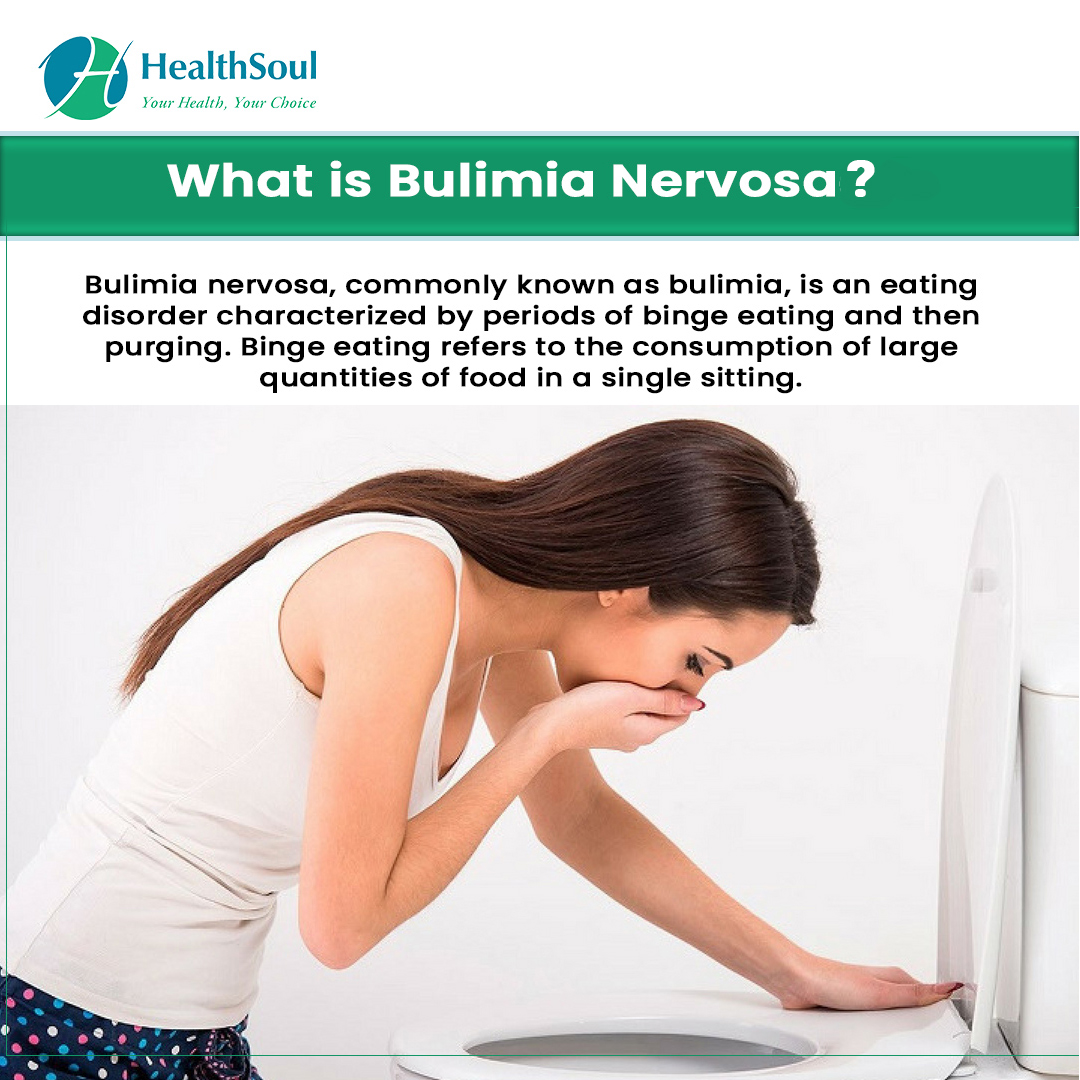 A few factors may indicate you’re at risk of developing bulimia. For starters, the eating disorder tends to affect women more often than men and is more common in early adulthood or late childhood. Additionally, if you suffer from bulimia, it’s common to practice bulimic behaviors in secret. You may feel ashamed or disgusted while binge eating but then feel relieved once you purge, fast, or take laxatives. It’s also important to note that if you’re bulimic, you may weigh within a healthy, normal range for your height and age. However, you may have a deep fear of gaining weight or have a strong desire to lose weight. You may also have poor self-esteem about your body image.

While the causes of bulimia aren’t yet known, many medical professionals agree that, like anorexia, there are certain personality traits, emotions, and environmental and biological factors that may increase your chance of developing the condition. In most cases, people with bulimia usually have poor self-esteem and worry about gaining weight or being overweight. Some medical professionals also agree that certain bulimic traits may be hereditary.

As is common with medical conditions, bulimia has a variety of potential symptoms, including the following: 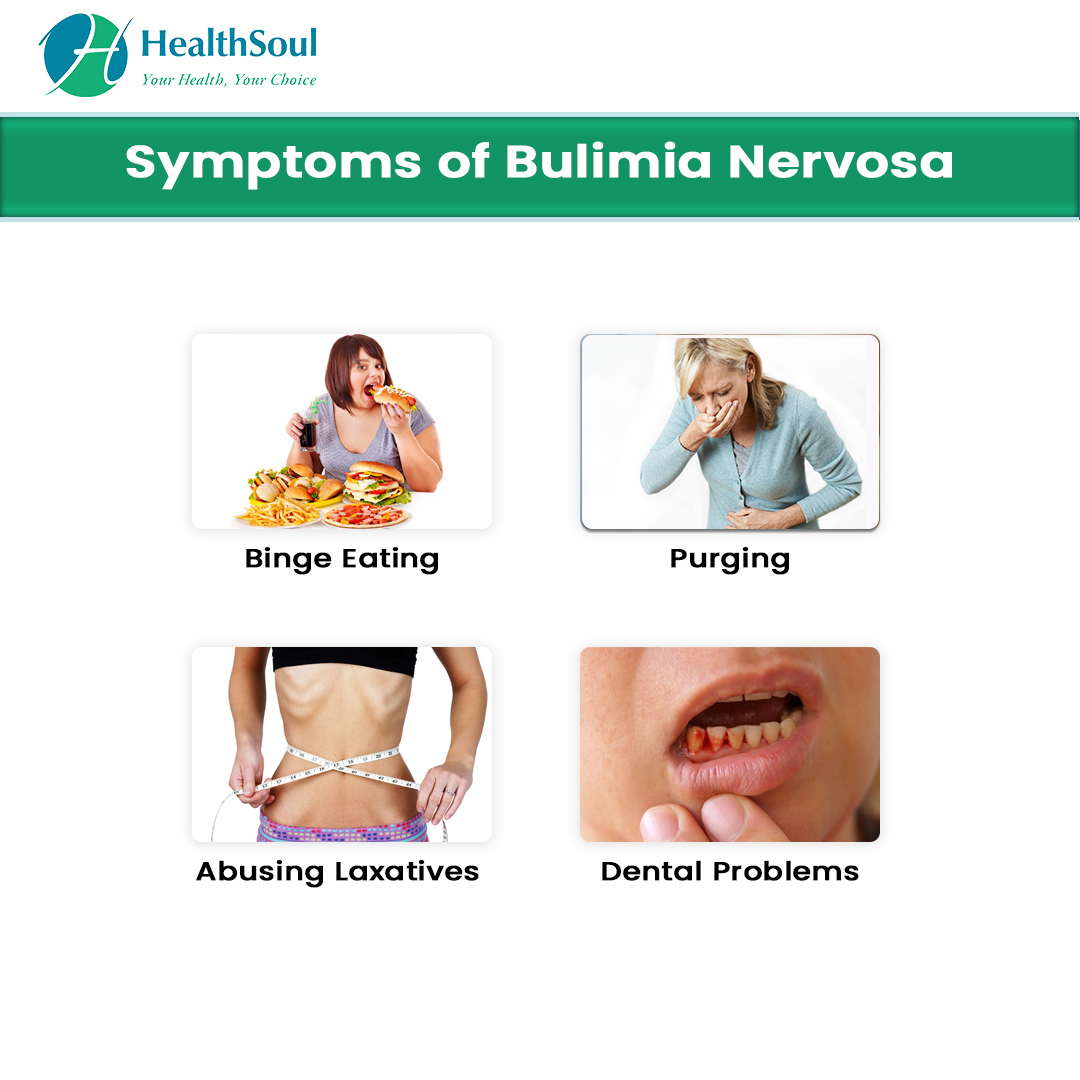 If your doctor thinks you may have bulimia, they will typically try to diagnose you by doing the following:

If you’re diagnosed with bulimia, your doctor may recommend psychological or psychiatric counseling and medications. Bulimics often suffer from depression or anxiety, so your doctor may also recommend antidepressants, such as Prozac. In most cases, treatment plans for bulimia involve many different people, including mental health professionals, nutritionists, and doctors, all working together to help restore you to a healthy weight while tackling any mental health issues you may have.

If left untreated, bulimia may result in the following complications:

Additionally, in more severe cases, heart attacks may occur, or you may experience suicidal behavior. 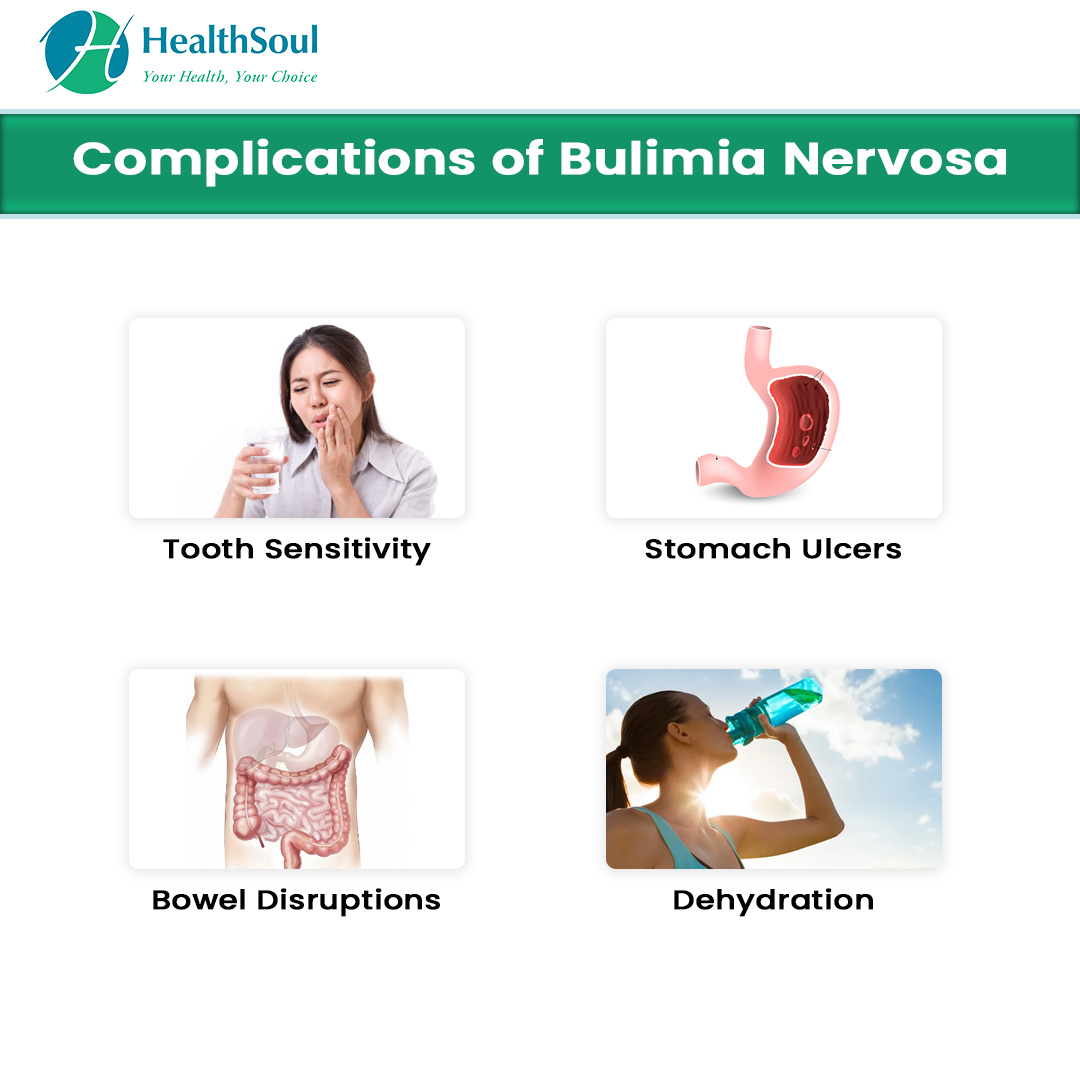 Like anorexia, bulimia is often hard to cure because relapses are common. Even if you’re considered cured, you may continue to practice less-than-normal habits when it comes to eating or working out. However, the prognosis for bulimia is more positive than for anorexia.