Your Own Tailored Medication Through Pharmacogenomics Testing

Every medication has its side-effects. Some would say it can’t be helped, that’s just how the compounds are, and your body interacts badly with them. But what if we told you that’s not actually how medicines should work? According to this report, there are almost 100,000 deaths because of ADR (Adverse Drug Reaction) annually, out of the 2 million that get hospitalized for it. For us, that can’t be excused by “it’s just how it is”.

With several methods to control ADR, it’s already unclear which works and which doesn’t. As we can’t always assure older patients to read the label carefully, it’s already an inevitable incident. There are other unwanted side-effects as well, that not necessarily spell death directly, but may cause it. One of those is weight gain when taking antidepressants. Luckily, there is a field already budding with potential, and that’s Pharmacogenomics.

Pharmacogenomics is derived from two words: Pharmaco and Genomics. Pharmaco means all about drugs and medicine, and genomics originates from the root word Genome, which is what we consider the genetic material, consisting of non-coding DNA and the genes. Together, it means the study of how genomes play a part in reacting to certain drugs.

Pharmacogenomics was discovered because of Pythagoras, who discovered an adverse effect of fava beans when given to those with hemolytic anemia. Since then, Pharmacogenomics was not focused as a study, instead of recorded by many as “incidents”. The term was first coined by German Geneticist Friedrich Vogel and was picked up and used in studies around the 1990s.

This field of study can help with its application in the medical field. It can minimize the incidence of ADRs while increasing drug safety for hypersensitive patients. It can also help with pain management, chemotherapy efficiency, and cardiovascular medication modifications.

Pharmacogenomics can utilize a lab testing to get a clear image of what your genetic make-up is made of, specifically which drug-metabolizing enzymes are present. This pharmacogenomics testing makes use of those enzymes, and with these, scientists will be able to recognize the drugs you can be most allergic to or have adverse effects with. This in turn will be turned in to the clinician to help them make better decisions for your medication using that information.

It ensures the patient to have the most optimal dosage and safest drug while they require it. For the longest time, medications have been placed inside a narrow box, uniformed to be used by the general public without any mind to the side-effects (and adverse effects) that has landed not one, but almost half a million to their deaths.

In a way, it is. But there is a slight difference between the two.

Pharmacogenetics is the study of how a specific gene reacts to a certain drug and its components. It is a more specific study compared to the former.

Pharmacogenomics is the broader version of its sister field of study. This one deals with how a genome (the genetic material where genes are) react together to a certain medication.

Both of these can sometimes be used interchangeably, but for precision’s sake, the former is used by scientists when they study a gene as the main focus. The latter is used by both scientists and medical practitioners when talking about your genetic make-up as a base of your tailored medication.

Why Should You Consider Using A Pharmacogenomics Testing? 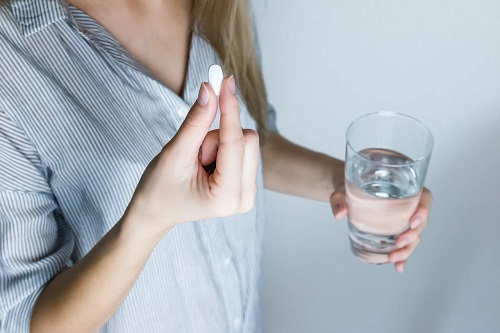 We don’t know what’s inside our bodies. We can’t see it with our naked eye nor feel the effects of drugs or diseases up until the last little cell. The same can be said with how our DNA and drugs affect each other until we experience it. Should we just cross our fingers and hope it won’t be fatal? No, this is the main reason why we should use pharmacogenomics testing for our medications.

It will reveal what adverse effects may occur and avoid it completely, and you don’t have to be a sacrificial guinea pig. Not only that but according to this article https://www.managedhealthcareexecutive.com/view/benefits-pharmacogenetic-testing, it can further cut any additional expenses with trying a drug multiple times. It can also affirm your body’s accurate dosage capacity.

Using Pharmacogenomics can also allow scientists to modify a specific drug for a specific disease. This means the modified drug will be 10x more potent, and its accuracy will help with avoiding other organs and cells that may be damaged in the process. This field of study holds much promise that many official research labs have funded for its advancement, and perhaps you should consider it as well.