In recent years, the proliferation of wildfires has been astounding. With climate change and poor forest management coming together to form an explosive environment, the world has seen massive fires devastate both nature and urban centers. From the destruction of natural resources to the downfall of human wellbeing, the impact of these fires has been tremendous.

With the possibility of future wildfires looming, and numerous knowledge gaps surrounding their impact on human health, researchers are concerned and frantic for answers. In an attempt to understand and quantify the impact of wildfires on human health, the following should be considered. 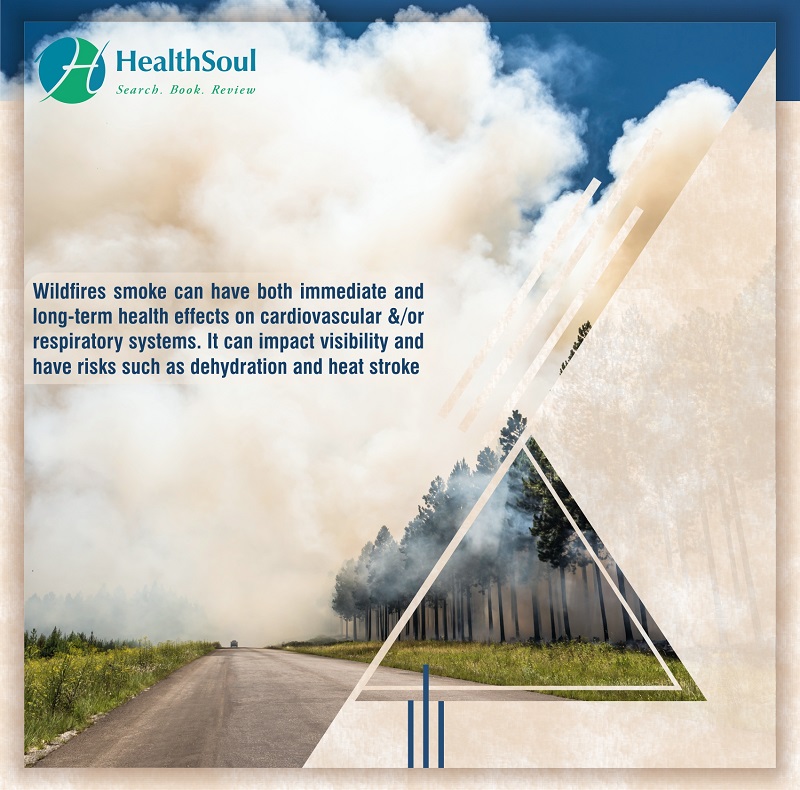 This category of health risks associated with wildfires is the most obvious and easiest to observe. Injuries such as burns are quantifiable, as are the deaths due directly to flames and heat.

Individuals who suffer from these effects are typically those living in the area affected and firefighters who enter the area in an attempt to quell the blaze.

Health risks such as dehydration and heat stroke are not uncommon among firefighters, either.

The Dangers of Wildfire Smoke

While the flames and heat that emanate from wildfires are exceptionally dangerous to those in its immediate vicinity, the smoke generated by such blazes can pollute the air and lead to health issues in individuals hundreds of miles away.

Aside from the ambient air pollution that can lead to illness and death, especially in those with compromised cardiovascular and/or respiratory systems, wildfire smoke can impact visibility. This, in turn, may lead to traffic accidents and the trauma associated with such events.

Wildfire smoke can have both immediate and long-term health effects. While more research is needed to draw conclusive links, particularly when speaking of long-term risks, data indicates that the health risks associated with wildfire smoke can linger for at least a decade.

There are direct links between wildfires and human health. They can negatively impact health long-term and lead to an increased risk of death.

Despite this general knowledge, there is a lack of specific information regarding the ways in with wildfires impact health.

Unfortunately, there is not much that individuals can do to reduce the consequences of their exposure to wildfires. As such, it is a large-scale issue that requires large-scale actions and solutions.