What is Better for Patients with Multiple Myeloma?

Cancer is a horrible, insidious disease, and multiple myeloma is no different. While treatments are available for individuals with this illness, the quest to develop more effective methods is a never-ending one. As such, doctors and researchers alike continue to test new strategies as they search for better multiple myeloma treatments.

With this potential improvement in mind, researchers conducted a trial to test it. 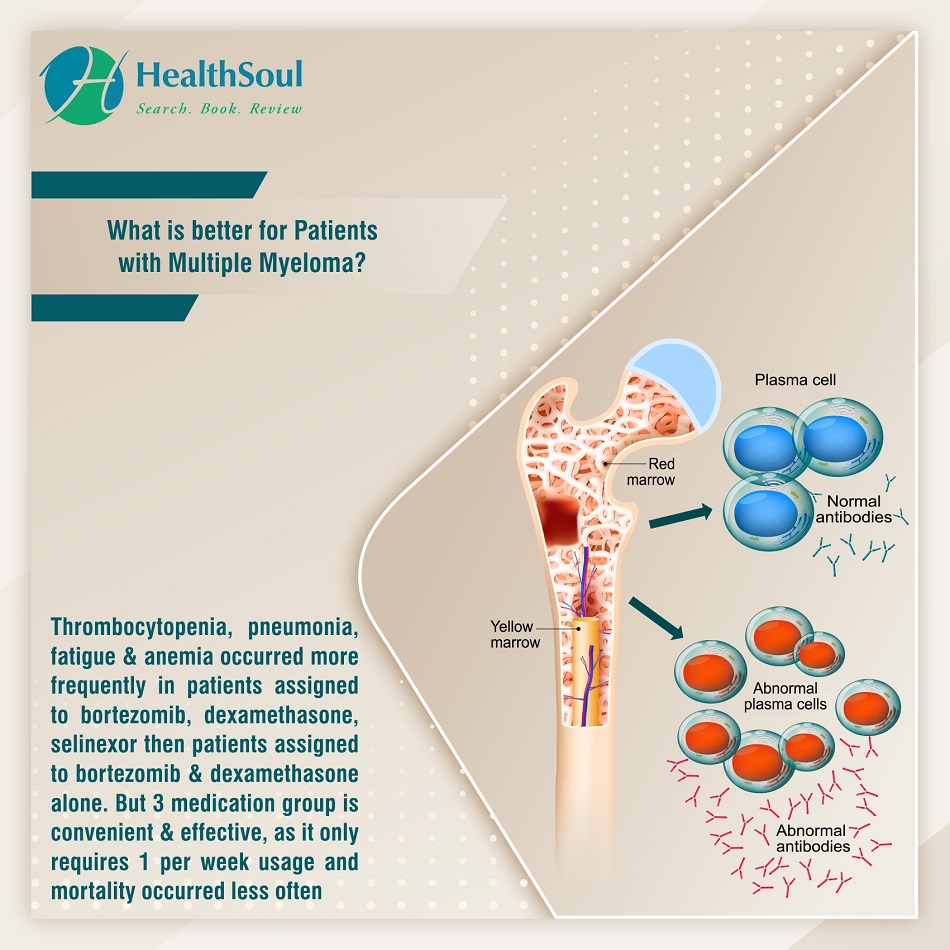 121 sites in 21 countries were included in this randomized, open-label trial. To be included, patients with multiple myeloma had to be 18-years old or older and be previously treated with qualifying treatment methods.

For patients who have received one to three previous lines of therapy for multiple myeloma, a treatment strategy of bortezomib, dexamethasone, and Selinexor is convenient and effective, as it only requires one-per-week usage.

While adverse events occurred more frequently in patients assigned to the three-medication group, mortality occurred less often. It should be noted that, as of February 2020, this study is ongoing. As such, more data may emerge regarding both adverse events and mortality.

As it currently stands, a regimen of bortezomib, dexamethasone, and Selinexor is a suitable, more convenient alternative to bortezomib and dexamethasone alone.