What Cannabis Does for Reproductive Health

We don’t know everything there is to know about the compounds within cannabis. Even the most-researched cannabinoids, THC and CBD, are a bit of a mystery. Yet, research is slowly emerging with regards to how cannabinoids affect the human body and mind — and one of the most startling discoveries is that cannabis can have a profound effect on the reproductive system.

Men and women experience marijuana differently, and it is likely due to the interplay between cannabinoids and male and female reproductive systems. Here’s what we currently understand about cannabis and reproductive health, so users and reproductive sufferers alike can reap any benefits.

A Tour of the Endocannabinoid System

To understand what cannabinoids do for human reproduction, it might be worthwhile to understand how cannabinoids interact with the human body. The endogenous cannabinoid system (ECS) is a system responsible for maintaining homeostasis, which is harmony within the body even as the environment around the body shifts and changes. To accomplish this goal, the ECS produces compounds called endocannabinoids, which send messages to different systems around the body and encourage different types of internal change.

Different cannabinoids interact with ECS in different ways. CBD, for example, seems to stimulate the ECS to produce more of certain kinds of endocannabinoids, almost helping the body to heal itself. In contrast, THC has an almost identical structure to the endocannabinoid anandamide, which allows the compound to bind to ECS receptors and create much more intense effects.

Believe it or not, reproduction begins in the brain — in the hypothalamus and pituitary glands, which control the production of a variety of sex hormones. The ECS modulates the amount of hormones produced at a given time; this helps keep a person on a healthy cycle with periods of strong reproductive drive and periods of lower reproductive capacity.

Cannabinoids interfere with the production of these hormones within the brain, leading directly to a change in sex hormones throughout the body. For example, cannabinoids lead to changes in the balance of progesterone and estrogen within women, which has the remarkable effect of dramatically increasing a woman’s libido. As a woman, I like to keep a list of the weed dispensaries near me because I sometimes rely on the libido-boosting powers of cannabis.

What’s more, there is much evidence to suggest that cannabis use leads to higher fertility. Not only do women seem to have a more enthusiastic interest in intercourse as a result of cannabinoids affecting their hormones, but cannabinoids seem to impact the maturation of eggs and sperm within the reproductive system. Specifically, THC seems to have the capacity to facilitate the production of sperm and increase their motility, giving them a better chance at reaching and fertilizing an egg. 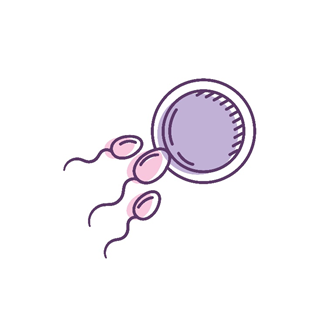 This isn’t to say that couples trying to conceive should turn to cannabis as a fertility aid — at least not without a doctor’s input. In truth, both sperm and eggs require specific balances of endocannabinoids at specific periods in their development to mature properly. Flooding the reproductive system with cannabinoids, especially THC, could be beneficial, but it could also be disastrous if it occurs during the wrong phrase in the reproductive cycle.

Cannabinoids are also less-than-advantageous in the event that a woman has already conceived. Research suggests that cannabinoids are detrimental to fetuses, preventing them from putting on as much weight as babies not exposed to THC. This may be the result of lower oxygen levels in the bloodstream. Though the effects of marijuana on pregnancy are not nearly as dire as other substances, like alcohol, cigarettes or hard narcotics, until scientists better understand the risks, it is best to abstain if fertilization is possible.

The most overt effects of cannabis use — the euphoria, the relaxation, the sensory explosion, the lack of coordination — are not the only effects of cannabis use. Because cannabinoids affect the ECS, a system with a broad scope within the human body, THC and CBD can have impacts on systems users might not anticipate, like the reproductive system. Those who use marijuana frequently should stay abreast of ongoing research into its effects, to best manage their health and wellness while enjoying that good green herb.