Post-Traumatic Stress Disorder or PTSD has become a well-known condition. It is believed that one in three people who suffer a traumatic experience will experience PTSD. Symptoms such as anxiety, nightmares, and insomnia are common in people dealing with the condition (not to be confused with similar symptoms of Seasonal Affective Disorder). In 2013, 69,000 veterans were diagnosed with the disorder. Treatment for PTSD can vary for each unique patient ranging from psychotherapy to medication to physical therapy.

Technological advancement is opening the way for a new kind of treatment known as Virtual Reality Exposure Therapy or VRET. Many medical professionals agree that exposure therapy is the most successful treatment for PTSD. It returns the patient to the scene of trauma repeatedly until a trigger is no longer experienced. This is called “habituation.” VRET offers benefits without side effects.

Additionally, patients benefit in that video games are associated with enjoyment, reduction in pain, anxiety and stress. Occasionally, those suffering from PTSD are unable to handle how the stimuli affect them and further treatment outside the headset describing the trauma is needed before a return session is helpful.

Evolution of VR to Help Victims

In 1997, experiments by researchers at Georgia Tech were developed to introduce the burgeoning virtual reality technology to PTSD treatment through exposure therapy. Through headsets, a therapist could allow ten Vietnam vets to crudely recreate the scenarios that had birthed their PTSD. After a month’s time, the subjects had shown demonstrable improvement. Similar results were seen when the program was used to help victims of burn injuries sustained during 9/11 find closure by again reenacting their trauma.

In a study published in 2013 by JoAnn Difede, the drug D-Cycloserine was administered to patients who experienced traumas, before booting up the VR system. Shown to be effective in boosting cognitive comprehension in lab mice, the drug would work on patients’ glutamate receptors and enhance relearning during VR sessions. The technology’s graphics were rather crude but still effective. Despite having a look roughly similar to Playstation 2 era games, the VR’s immersion for the wearer (which the creator’s dub “presence”) tricked the subject’s mind into accepting the images, no matter how pixelated or squared off, as real. Patients with PTSD experienced a remission rate in the first few months of combining D-Cycloserine with VRET. 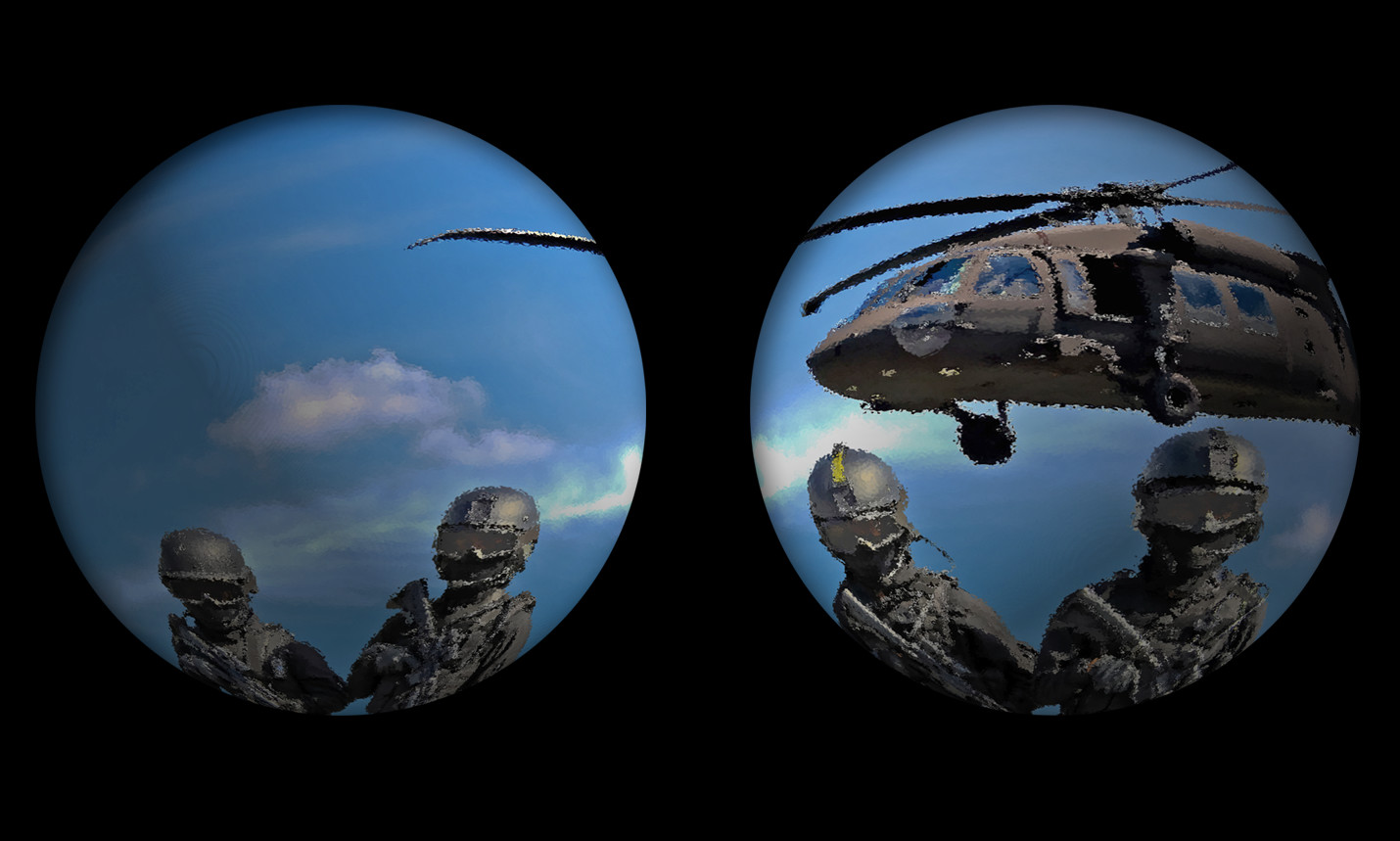 Hurdles in Advancement of VRET

Two major hurdles have developed in the expansion of technology.

Nonetheless, those who seek treatment overwhelmingly adjust better than those who ignore the problems. It is the hope of the proponents of VR exposure therapy that the method becomes inexpensive and widespread enough to make real change in the lives of those struggling with PTSD.

Currently, 50+ practitioners of VR exposure therapy are attempting to prove that the technology demonstrates an improvement in treatment over simply retelling the traumatic incident. Those utilizing the technology believe that it will help people with PTSD return to a state of normalcy faster. There is also a push to have it more integrated as part of assessing, training, stress testing, and helping to rehabilitate those returning from a high combat area.