There are various problems that can affect our ears like hearing loss, pain, infections etc. To help the physicians to find out the cause there are many tests that make the whole of the hearing evaluation. One of these tests is tympanometry which assess the functioning of the middle ear. The ear is divided into three parts outer, middle and internal. The outer and the middle ear is separated by an eardrum which is also known as tympanic membrane.

Contrary to the common belief of measuring the movement of the ear drum it measures the pressure difference between the outer and the middle ear. A graph is plotted showing the relationship between the air pressure and the activity of ear drum which is also called as tympanogram.

Tympanometry is usually performed with the other audiological test to find any abnormality in the ear. It can be done in people of all age groups but it is less reliable in infants younger than seven months of age. Since tympanic membrane separates the outer ear from the middle ear. It is used to check for the abnormalities associated with the middle ear cavity which contains air along with three small bones and the tympanic membrane which include

The test can also be used to determine whether the hearing loss can be managed by hearing aid or not. As fluid in the middle ear reduces the propagation of sound waves, it decreases the ability of a person to hear properly. This condition is treatable and doesn’t require hearing aid. 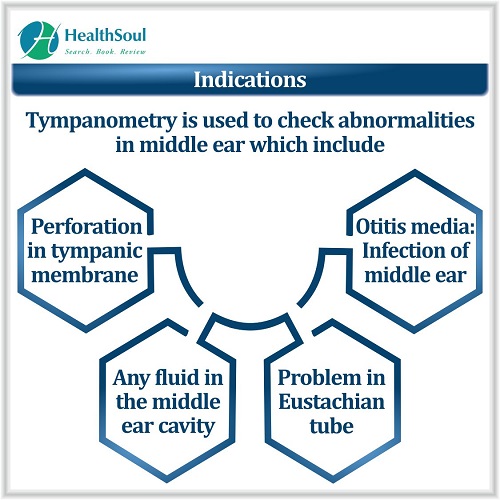 The whole test takes around two minutes or less for both the ears. They will place a probe like device in the ear canal with tight seal so that no air can leak out. The probe has three holes in it to provide

The device will generate sound waves and measures the reflected sound waves. Patients can feel uncomfortable due to the probe and the feeling may be similar to the pressure changes one feels while on an aircraft during takeoff and landing but all patients have to do is sit still. The values are recorded to produce a graph known as tympanogram. 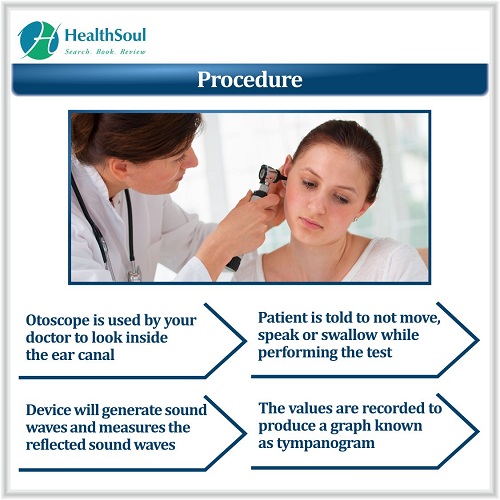 As stated, it doesn’t measure the movement of ear drum. The probe sends a sound signal to the ear drum which is reflected back to the probe. This reflected sound is picked up by the microphone. The whole process is repeated at different air pressures produced at probe side. If the amount of air pressure inside the middle ear equals to the pressure of the air generated by the probe then the amount of the sound wave reflected by eardrum would be the least. Therefore, this test measures the air pressure inside the middle ear. Then a graph is plotted and interpreted. 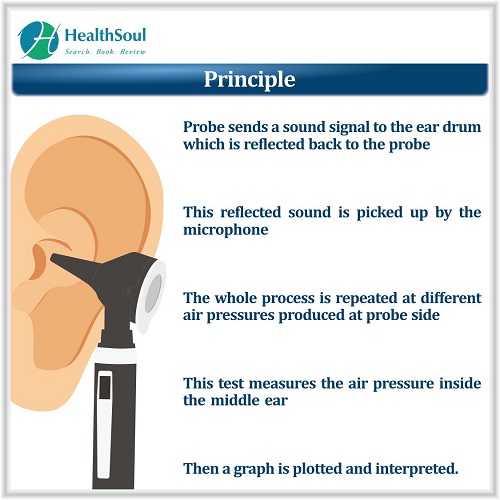 The results of the test may be normal or abnormal. The results of the tympanometry should not be interpreted alone because it is a part of battery of audiological test. They should be incorporated and evaluated with patient’s history along with the results of other audiological tests to reach the cause of the problem. There can be normal tests in abnormal conditions and vice-versa but the chances of these are very less. So, a normal tympanogram may suggest

Fluid in the middle ear cavity is the most common cause of an abnormal tympanogram. The doctor may suggest additional tests based on results of tympanometry and the patient’s condition. There are no risks associated with tympanometry. 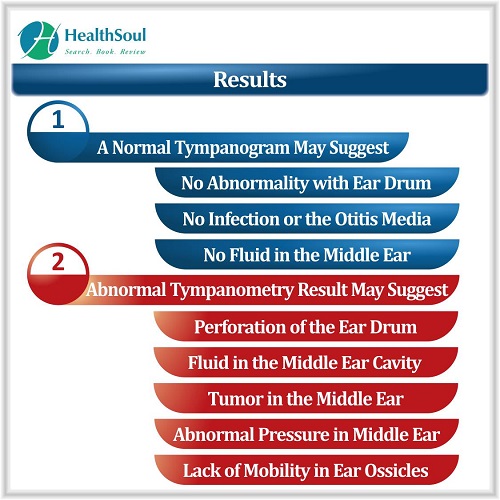