According to the CDC, smoking causes nearly 500,000 deaths every year. Additionally, Cancer.org claims smoking is responsible for more than 80% of lung cancer cases. Why should you be one of them? Not only is smoking damaging to your health, but it’s also expensive, unattractive, and increasingly banned in public venues worldwide.

If you’ve decided to quit smoking, chances are that you might need some help. Here are five of our favorite apps to help you in your journey to a tobacco-free lifestyle:

With a 5-star Android rating, Cessation Nation not only comes highly recommended, but it also comes with fun games and ways to connect with fellow ex-smokers who are “feeling the pain” of quitting. Another fun tool that’s unique to this app is its “Savings Calculator,” which allows you to see how much money you’ve saved since ditching the “cancer sticks.” Users earn rewards for their progress, adding a little extra incentive for fighting those pesky cravings.

Feel like you could use a “coach” in your battle to give up nicotine? LiveStrong’s MyQuit app is just that: you can choose whether you’d like to taper off or simply quit “cold turkey.” Like other apps on the list, you can set personal goals and daily reminders, but it also gives you positive feedback and the motivation you’ll need to put that nasty habit behind you (and keep it there). 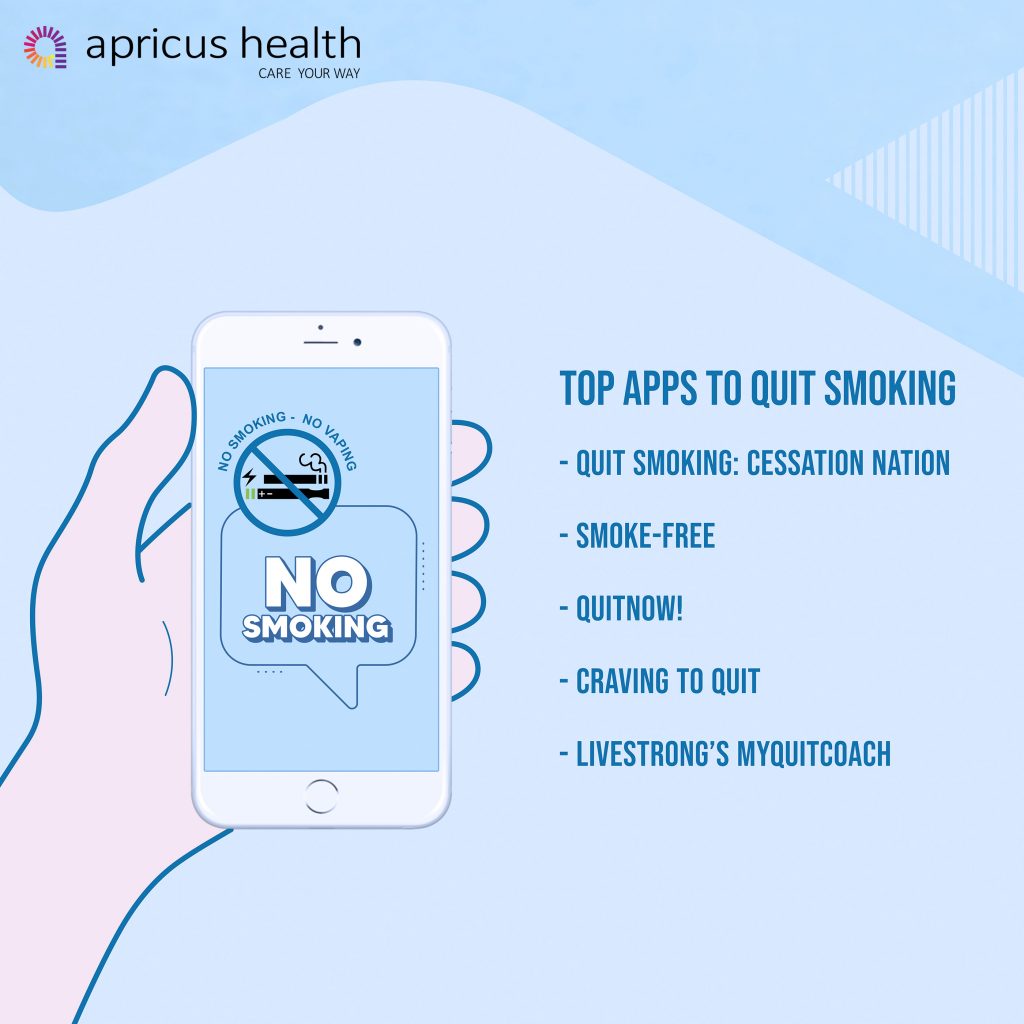 No one is going to pretend that quitting cigarettes is easy, but Smoke-Free makes it a little easier, with a bevy of tools designed to put that pack-a-day habit behind you for good. It shows fun information, like how much your health has improved since you’ve quit, along with powerful motivational tools. What’s more, they boast an impressive success rate with helping people beat the butt. The app has over three million downloads and claims to be the most popular smoking cessation app in the UK. They also maintain a 5-star approval rating on the iPhone with over 20,000 five-star reviews.

QuitNow! is more than just a smoking cessation aid: it is a community of like-minded ex-smokers determined to say goodbye to nicotine forever. It’s also a multilingual app, offering more than 40 languages. Features of the app include a money-saving calculator and a fun, helpful chat section. Using this app means it’s never been easier to say “Adios” to cigarettes than it is with QuitNow!

Feel like these other apps might work, but desire an app that has some hardcore credentials behind it? Craving to Quit was developed by a team of researchers from Yale University. The app offers a 4-day free trial and after that, it’s a $25 per month subscription. On average smokers consume one pack of cigarettes a day, at $5.50/pack, so it could pay for itself within one week. With this program, those trying to quit benefit from an app-based program, a coach & community, and a live video chat support group with addiction experts.

There’s never been a better time to quit cigarettes than now. Consider one of these helpful apps which will make it easier to track your progress, reach out for support, and add years to your life.