The Effect of COVID-19 on Sleep

The worldwide COVID-19 pandemic has spawned many unforeseen consequences both on a global and personal scale. To date, there is still much unknown about the virus, its long-term effects, treatment options, and more. As such, the quest to better understand each element associated with COVID-19, both bag and nuanced, continues.

One surprising effect of COVID-19 may be its impact on sleep. While these negative influences may not be directly caused by the virus and its accompanying illness, the tremendous emotional and mental toll of the pandemic has led to increases in many areas of personal health, including anxiety, depression, and even poor sleep. 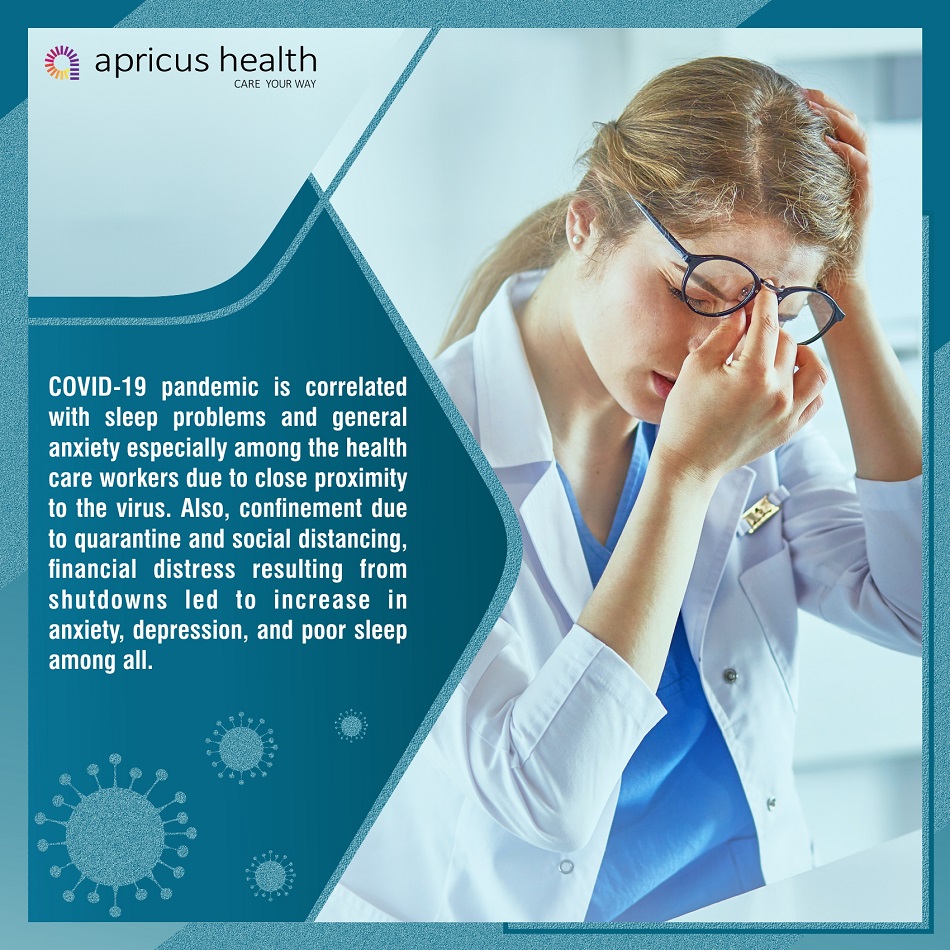 Throughout the world, studies and surveys have been conducted in attempts to quantify the non-physical health effects of COVID-19. The majority of these analyses found high rates of stress-related issues.

For example, a survey of 7,236 individuals in China found that 35% were experiencing anxiety, 20% reported depression, and 18% noted poor sleep. Interestingly, approximately a third of the 7,236 volunteers included in the survey were health-care workers.

In Italy, the numbers were equally as shocking. In a survey that included 2,291 Italians, poor sleep was reported by a whopping 57.1% of participants. High distress was also common (41.8%), as was high anxiety (32.1%). Even post-traumatic symptoms of stress were reported in 7.6% of survey participants.

Both of the surveys mentioned above indicate that higher concern regarding the COVID-19 correlated with a higher risk of sleep problems and general anxiety. This was especially obvious among health-care workers who were more likely to be in close proximity to the virus and under significant pressure due to the pandemic.

It has also been theorized that fatigue, REM sleep behavior disorder, and sleepiness may be associated with COVID-19 infection. This change and disruption in sleeping habits due to infection would certainly account for some of the reported issues.

Direct contact with the virus and involvement in treating it were not the only source of stress and poor sleep. A variety of factors are being considered as causes and being evaluated as such. Anxiety regarding the pandemic, confinement due to quarantine and social distancing, financial distress resulting from shutdowns, and numerous other psychosocial factors are likely to blame—in part—for the disturbance in sleep.

More studies are sure to reveal a deeper understanding of the relationship between COVID-19 and sleep.