The Danger of Lung Injuries Related to E-Cigarette Use

The use of e-cigarettes and vaping as smoking alternatives and general habits has risen dramatically since their introduction. Due to their newness and status as a non-traditional smoking option, the dangers associated with their use are often overlooked or understated.

However, many people have been hospitalized with EVALI—e-cigarette or vaping product use-associated lung injury—according to the CDC. In total, 2,558 nonfatal cases and 60 fatal cases have been reported as of January 7, 2020.

To help medical professionals better identify the condition and the patients most at risk of death from it, a study was conducted.

Two data sets were included in this study—that reported by health departments to the CDC and that from patient interviews and medical record abstractions. The EVALI data—including fatal and non-fatal cases—were compared to evaluate what patients were most at risk of death due to the condition.

By comparing the patients who developed EVALI and died from it, a profile of potential risk factors could emerge and be used for future identification, prevention, and treatment. 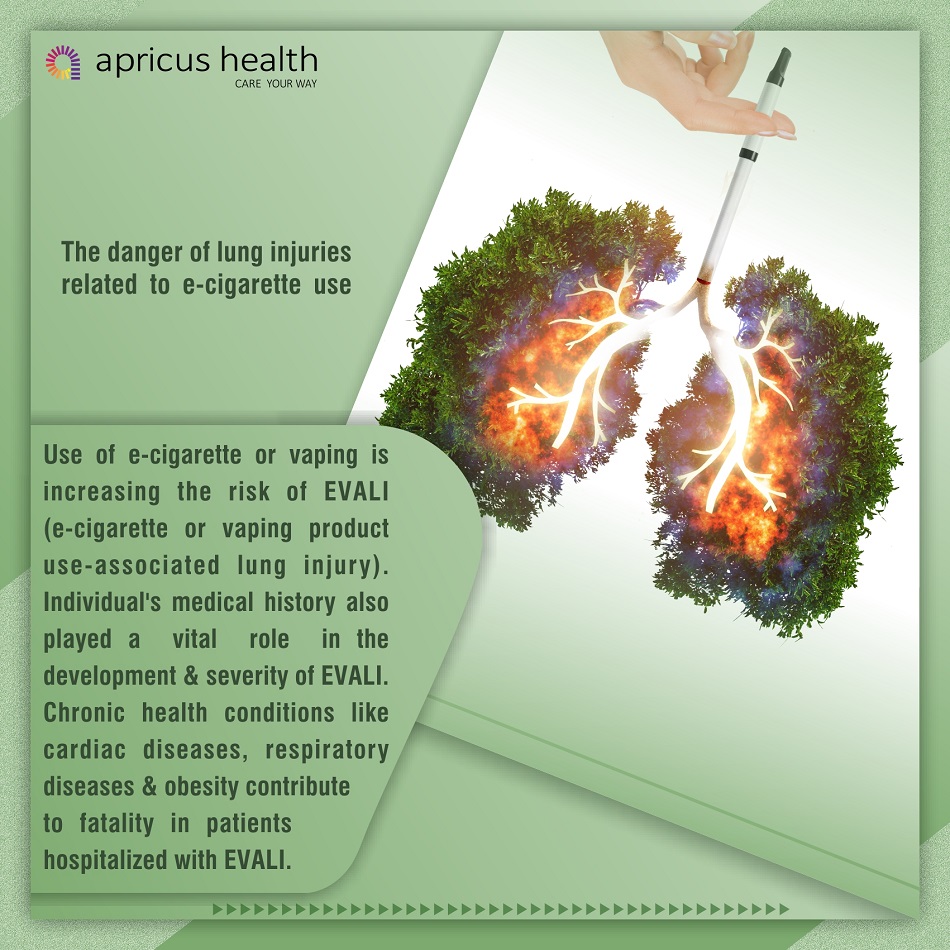 Of the fatal cases of EVALI, the majority were male (32 of 60). This trend held true for non-fatal cases of EVALI, as well, with 1,666 of the 2,498 included patients in this category being male. Further, patients who were white experienced EVALI, both fatal and non-fatal, at a higher rate than those in other ethnic groups (39 of 49 fatal, and 1,104 of 1,818 non-fatal).

Older individuals, defined as 35 or older, were more likely to experience fatal cases of EVALI than those under the age of 35 (44 of 60). However, this same group experienced fewer non-fatal cases than the younger group (551 of 2,514).

An individual’s medical history also played a vital role in the development and severity of EVALI. Fatal cases were linked to asthma, cardiac disease, and mental health conditions. Obesity was present in over half of the fatal cases.

There are several characteristics that may contribute to fatality in patients hospitalized with EVALI. Of these, chronic health conditions were notable and included cardiac diseases, respiratory diseases, and obesity.

This study provides a basic profile that at-risk individuals may fit when developing EVALI. As such, clinicians should be aware of these risk factors when diagnosing and treating the condition to give each patient the most optimistic outlook possible.