Signs and Symptoms of Iron Deficiency

What is iron deficiency?

There’s a prevalence of iron deficiency in the United States, which is likely a result of poor diet, according to a nutrition examination survey of many adults. When you have an iron deficiency, your body doesn’t get enough red blood cells because the hemoglobin which relies on iron to form doesn’t get made in high enough levels. This can cause all kinds of side effects in your tissues and organs, and most commonly leads to iron-deficiency anemia. Not having enough iron in your blood may also lead to a host of other complications associated with deficiency anemia. These include heart failure and problems with your bone marrow and gastrointestinal tract. As a result, people with anemia may need to get a colonoscopy more regularly and should talk to their doctor about appropriate guidelines to follow if they’re considering a gastric bypass. 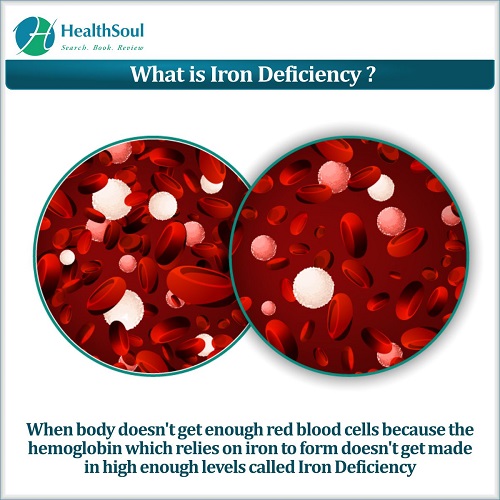 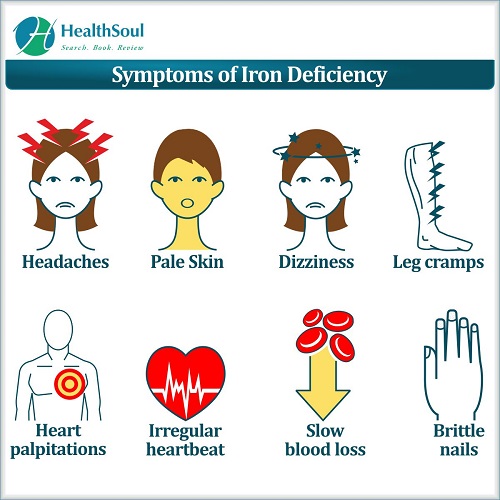 Iron deficiency has a few different causes, but the biggest indicator of a deficiency is a poor diet. Your gastrointestinal tract is responsible for the absorption of iron, and just like vitamins such as vitamin C and other naturally-occurring minerals, iron can be ingested orally through the foods you eat. These kinds of elemental iron come in two different forms: heme and nonheme iron. Heme iron is an elemental iron found in proteins like meat, whereas nonheme iron is a form of elemental iron found in plant-based foods. In some cases, iron deficiency will also mean that you have anemia; however, it’s possible to not have enough iron and not have iron-deficiency anemia.

Another reason that you might have low iron levels is because of a low red blood cell count or because you have another underlying condition like inflammatory bowel disease. Pregnant women also experience iron deficiency with some regularity. This is because pregnant women often need a higher amount of iron in order to provide for the infant that they’re carrying. As a result, many doctors will recommend that pregnant women take an iron supplement in order to get enough iron and increase their iron stores. 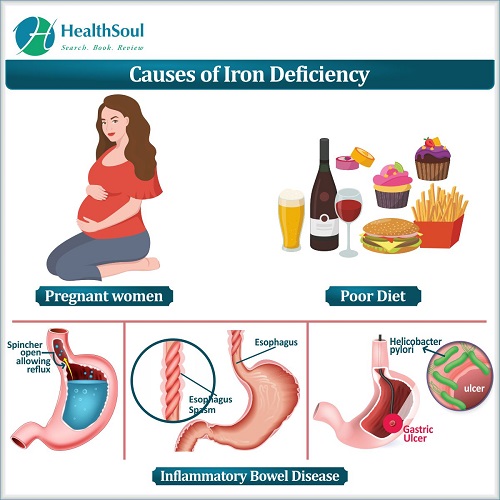 Iron deficiency anemia and iron deficiency are both health conditions that can occur in men and women. That being said, there are a few different risk factors that may increase your likelihood of not having enough iron. For example, young children often don’t have enough iron. When young children and preterm infants don’t have the right mg of iron, it could be because they are growing too quickly or because they were born prematurely. Pediatrics doctors often have guidelines for how much iron absorption should be occurring depending on how many years of age a child is. If your child doesn’t fit the right amount of absorption based on their age, you may want to speak to your pediatrics department. For teenagers in adolescence, it’s also possible to have low iron stores as your needs and iron intake changes. For example, women of childbearing age or young girls experiencing abnormal menstruation or heavy menstrual periods may often need extra iron depending on how many months of age they are. While many women of childbearing age are at a higher risk in the United States, premenopausal women may also have an increased chance of low absorption or transferrin levels. In some cases this is because of heavy menstrual periods, while other times it’s because of other demands of pregnancy.

Vegetarians are also at an increased risk for iron deficiency anemia, since they aren’t eating as many iron-rich foods like poultry and other meats. Women experiencing heavy periods may also want to see if they’re iron deficient. Frequent blood donation is yet another symptom of iron-deficiency anemia and may put you at an increased risk. For blood donors or people who’ve recently given a red blood cell transfusion, it may be necessary to receive intravenous iron. That being said, some blood donors don’t need to supplement low iron with anything other than iron pills or another form of oral iron therapy in order to maintain their quality of life.

If you have low hemoglobin or iron levels, there are a variety of other health conditions that may develop if your iron deficiency anemia goes untreated. Iron deficient individuals often may struggle with blood loss and may require blood transfusions as a manner of treatment. Deficiency anemia also increases your risk of a variety of gastrointestinal tract issues, including celiac disease, ulcers, nausea, and ulcerative colitis. Heart conditions like chest pain and even heart failure may necessitate the need for an iron supplement if you have an iron deficiency. 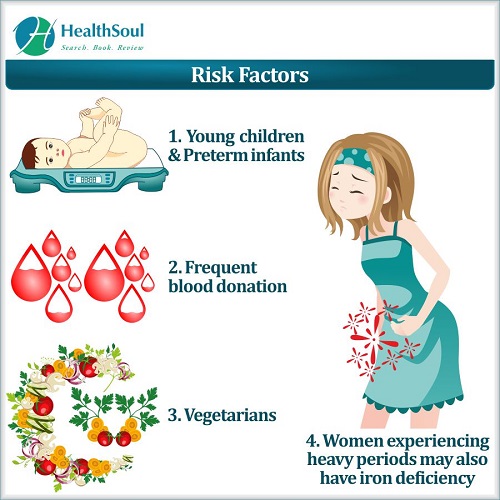 If you believe that you might have an iron deficiency or iron deficiency anemia, the best thing to do before taking preventative steps is to get tested. A doctor can learn a lot about your iron levels by performing a complete blood count test. This kind of blood test, also referred to as a CBC test, lets doctors know all sorts of things about your blood, such as your white and red blood cell count, hemoglobin levels, hematocrit, and platelet counts. If you have iron deficiency anemia, then your hemoglobin or hematocrit levels will be low and a CBC test will let clinicians know the nature of your iron deficiency.

Another type of test that you might get is a ferritin test. Ferritin tests look specifically at how much iron you have in your blood, which can better inform doctors about how high risk your condition is. By analyzing the milligrams of iron in your blood, it’s possible to classify you depending on the severity of the condition. For example, you may just have an iron abnormality, or you may have hypochromic anemia, iron-deficiency anemia, or one of any other types of severe cases. Finding out your iron status in addition to your CBC also helps determine if you have any other kinds of medical conditions that may be contributing to a more severe iron deficiency.

Once you’ve determined that you have iron-deficiency anemia, there are a variety of steps you can take to increase your hemoglobin and iron levels and combat your anemia. A supplement is going to be one of the easiest routes to achieving this. Oral iron supplements are made to give you the proper mg of iron and have little to no side effects. Elemental iron can be taken orally as a tablet after you’ve received a diagnosis of iron deficiency. These kinds of iron tablets may also be suggested if you have an increased risk of iron deficiency and need to supplement your diet with a certain number of milligrams of iron. Iron pills are easy to take for anyone who can swallow pills, which means that they aren’t recommended for anyone in their infancy. One of the most common types of iron pills is ferrous sulfate, which comes in a variety of milligrams and is used to raise your mg of iron.

If you want to combat anemia with other forms of nutrition, one of the best ways to do so is to complement your meals with some simple dietary changes. For example, even if for people on vegetarian diets, adding iron-rich vegetables to your meals can be a helpful way to increase your intake of iron. Legumes, broccoli, orange juice, bread, cow’s milk, and spinach are all good sources of iron. Getting your dietary iron from naturally-occurring food sources of iron generally isn’t hard in normally healthy people. However, if you aren’t someone who regularly eats spinach and other vegetables, it may be worth analyzing your dietary habits to determine whether or not you need to introduce more grains or vegetables if your diet is scant in sources of iron. Vegans may run into additional issues, but tofu is one food that can help them maintain healthy red blood cells. Cereal is often naturally high in iron, too, which can be another way to improve the amount of iron in your iron stores. There are two different kinds of dietary iron: heme iron and nonheme iron. Heme iron comes from animal meat, while nonheme iron is only found in vegetables, fruits, nuts, and legumes. If you’re wondering if there’s a difference between heme and nonheme iron, the biggest difference has to do with your risk of heart disease. Heme iron may increase your risk of coronary heart disease, whereas those who avoid heme type iron have a better chance of decreasing their risk. This means that vegetarians or those that follow a diet close to vegetarians may be healthier, assuming that they prioritize iron-rich foods to combat the prevalence of iron deficiency anemia in individuals with poor plant-based diets.

Too much iron from heme foods has its own side effects, too. If the total iron levels in your body reach too many milligrams, you may have hemochromatosis, a disease that ranges in severity and ultimately affects your liver, heart, spleen, and pancreas. In order for your total iron levels to be classified as too much iron, your ferritin levels will likely be more than 600 micrograms per liter of blood. By contrast, those with a diagnosis of iron deficiency will have a maximum of only 200 micrograms of serum ferritin per liter. 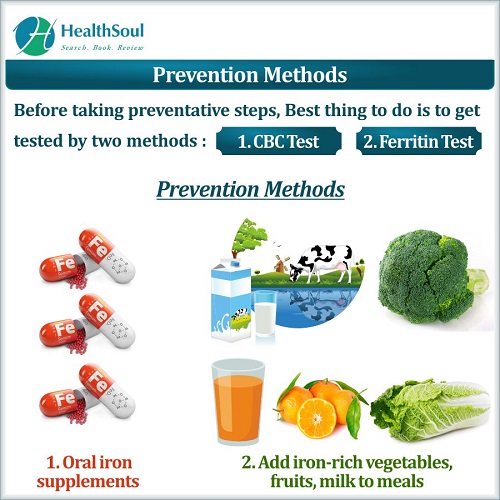