Tracking the prevalence of COVID-19 antibodies can provide valuable insights. With China reporting that the first case of COVID-19 was detected in late 2019, and New York City confirming its first case on March 1, 2020, the spread of the virus and subsequent evolution into a worldwide pandemic has been quite rapid.

By monitoring the seroprevalence of COVID-19, the spread can be better understood, as can other important factors related to the virus. To do just that, a retrospective, repeated cross-sectional analysis was conducted. Here’s what was discovered. 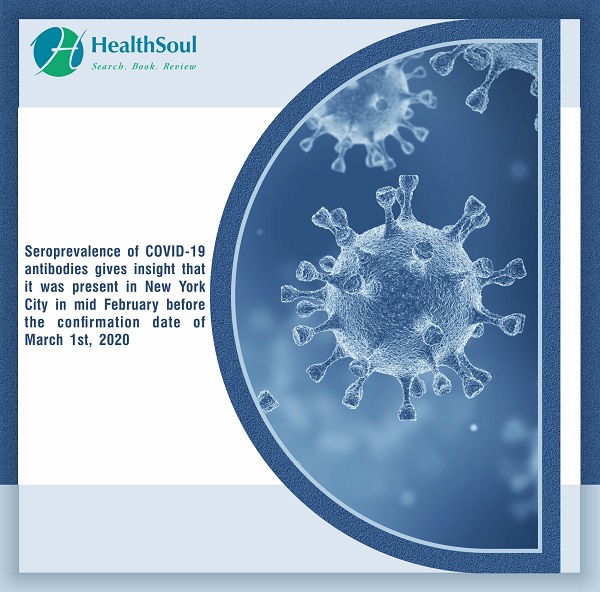 Using plasma samples from Mount Sinai Hospital in New York City, the spike of COVID-19 antibodies was tracked. Over 10,000 samples were included in the study, with patients being divided into two distinct groups—one defined as “urgent care,” and the other as “routine care,” which resembles the general population more closely.

Antibodies were tracked in weekly intervals via the plasma samples from February to July 2020. Changes in the percentage of samples showing COVID-19 antibodies were compiled to create a clearer picture of the virus’ spread.

A few interesting findings stood out, including seropositive samples originating as early as mid-February. The sample groups saw increased seroprevalence at differing rates, but both leveled out after the end of May. The seroprevalence stabilized at slightly above 20%.

One of the primary conclusions that can be reached given the data is that COVID-19 was present in New York City far earlier than previously thought or confirmed. With the samples indicating seropositivity as early as mid-February, it is safe to conclude that COVID-19 existed in New York City before the confirmed March 1, 2020 date.

The rate at which seroprevalence occurred in the two groups can provide insight into how the virus spreads, especially during a pandemic. It should be noted that these findings apply to a major metropolitan area, and the virus may spread differently in smaller communities and more rural areas.

There is also an indication that antibodies may remain in the body for an extended amount of time. Because seroprevalence leveled out and remained stable, it is possible that the antibodies simply persisted during this time.

While future studies will provide further context and insight, this seroprevalence analysis is a significant step toward understanding a new virus amid a pandemic, giving doctors and researchers a foundation on which to build!