Scarlet fever, also known as scarlatina, is a bacterial infection that usually stems from strep throat. The tell-tale sign of scarlet fever is a bright red rash covering most of your body that is usually accompanied by a high fever and a sore throat. The illness itself is more likely to occur in children between the ages of five and 15, and antibiotics have made it less life-threatening than it used to be. If left untreated, the illness may result in serious complications, including heart and kidney issues. 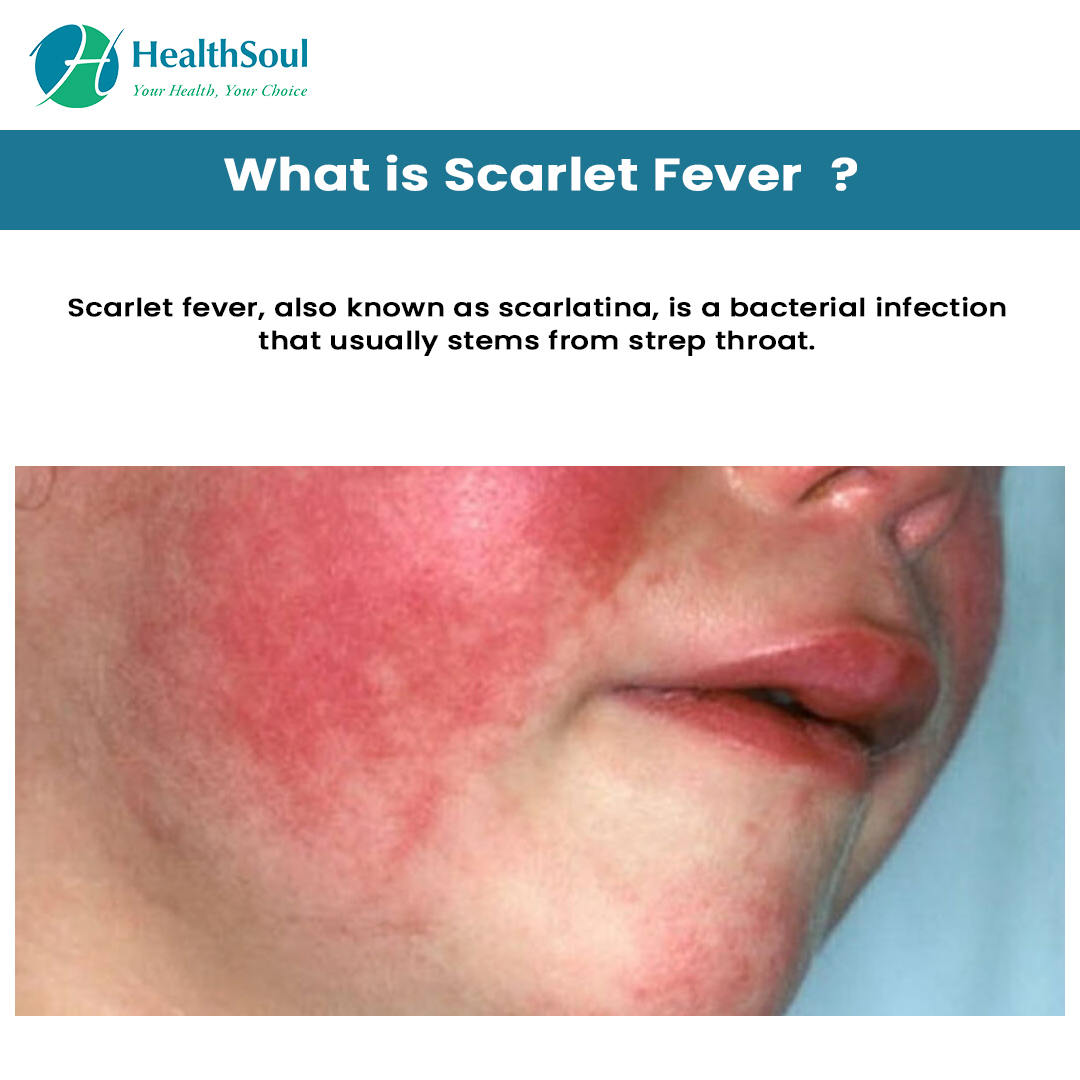 In terms of risk factors associated with scarlet fever, children are more likely to contract the illness than adults.

Scarlet fever is a condition caused by similar bacteria responsible for causing strep throat. In the case of scarlet fever, the bacteria release a certain toxin that causes the tell-tale signs of the illness, including the rash and a red tongue.

It’s a contagious illness that spreads easily from person to person when an infected individual coughs or sneezes on or around others. The incubation period averages between two to four days.

If you have scarlet fever, you may display the following symptoms:

In most cases, the redness and rash on your tongue or face usually last a week or so. Once the symptoms begin subsiding, the skin affected by the red rash often starts to peel. 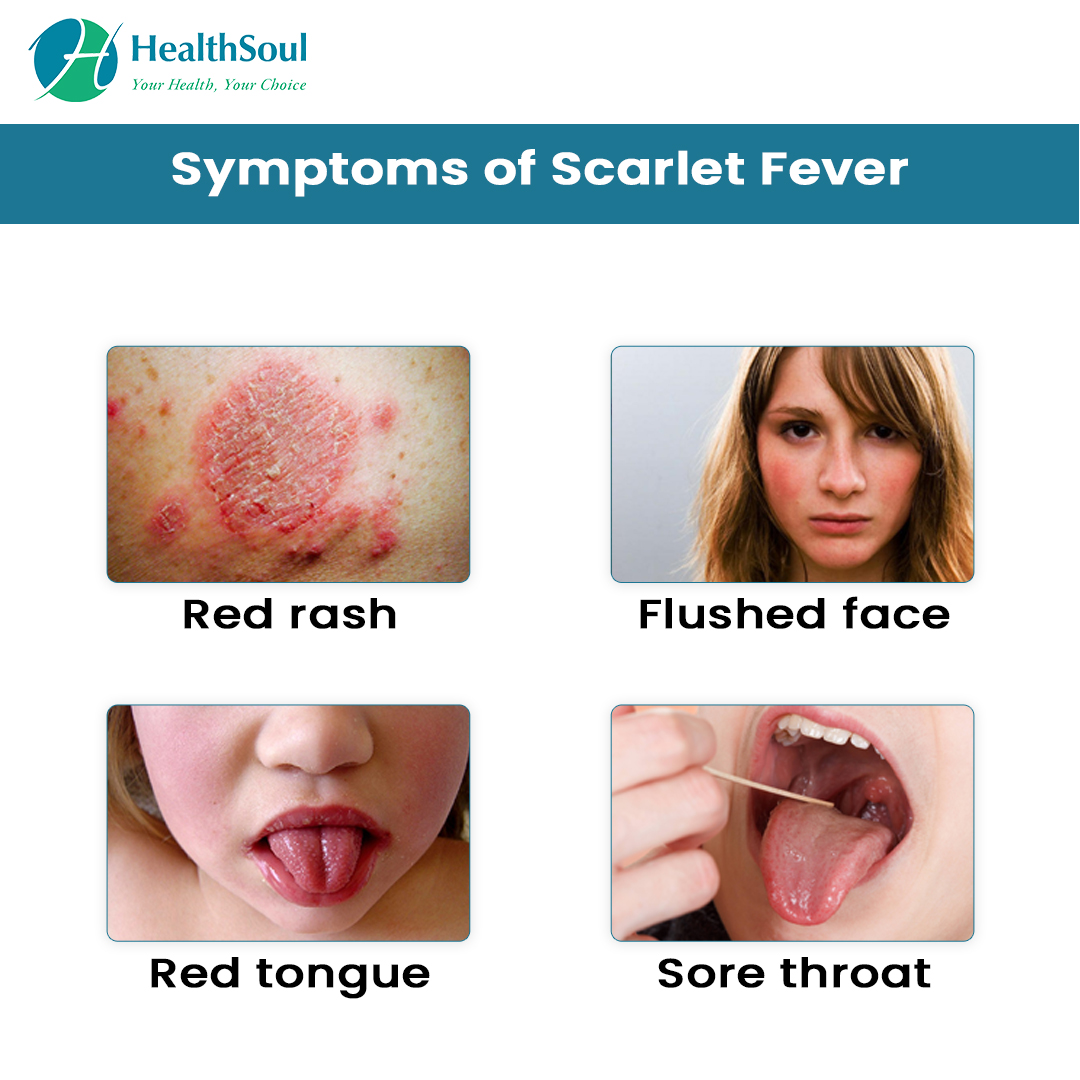 If you think you have scarlet fever, visit your doctor for a proper diagnosis. During your visit, your doctor may perform a physical exam and check for the following:

Additionally, your doctor may also perform a throat swab to analyze the sample for the strep bacteria.

If you get a diagnosis of scarlet fever, your doctor may prescribe antibiotics. There are also a variety of home and lifestyle remedies that may help alleviate symptoms of the illness, including:

Thanks to effective antibiotics and treatment options, the prognosis for scarlet fever is good. With a bit of rest, antibiotics, and plenty of fluids, the condition clears up in a relatively short period of time. However, if left untreated, scarlet fever may prove fatal.

The prognosis for scarlet fever is pretty good, thanks to antibiotics and effective treatment options. However, there are a few potential complications to keep an eye out for if the illness is not treated promptly and correctly. If left untreated, the virus may affect the following:

In severe cases, scarlet fever may result in rheumatic fever, a serious illness that may affect the following: 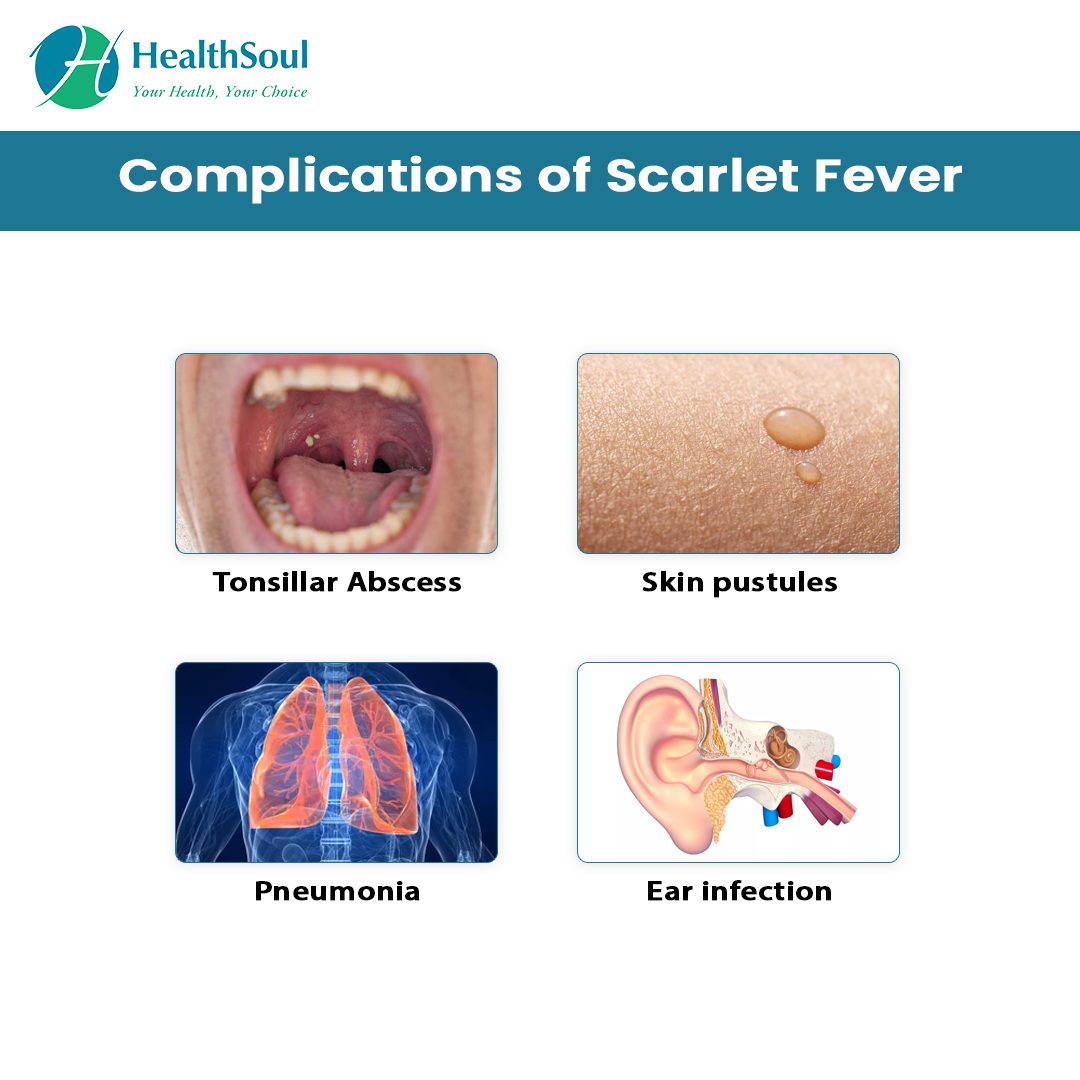