How Rhodiola rosea benefits were found?

Rhodiola rosea or Golden root is a relatively rare herb with significantly broad medicinal properties found at the peak of the mountain range (nearly 2280m altitude) of European, Asian, North American and arctic areas. Traditionally this herb is well known for its ‘adaptogen‘ property. [1] Adaptogen enhances the endurance and attention to prevent or mitigate or reduce fatigue conditions or other stress-induced disorders, which can negatively affect mental health and immune or neuro-endocrine system functioning.

In 1969, the Pharmacological Committee of the Ministry of Health of the USSR had first recommended the application of Rhodiola rosea for its stimulant action against fatigue and mental exertion during asthenic states or intensive physical work. In the current century also Russian people use this herbal remedy as to a popular adaptogen. [2]

What are the phytochemicals present in Rhodiola rosea Root? 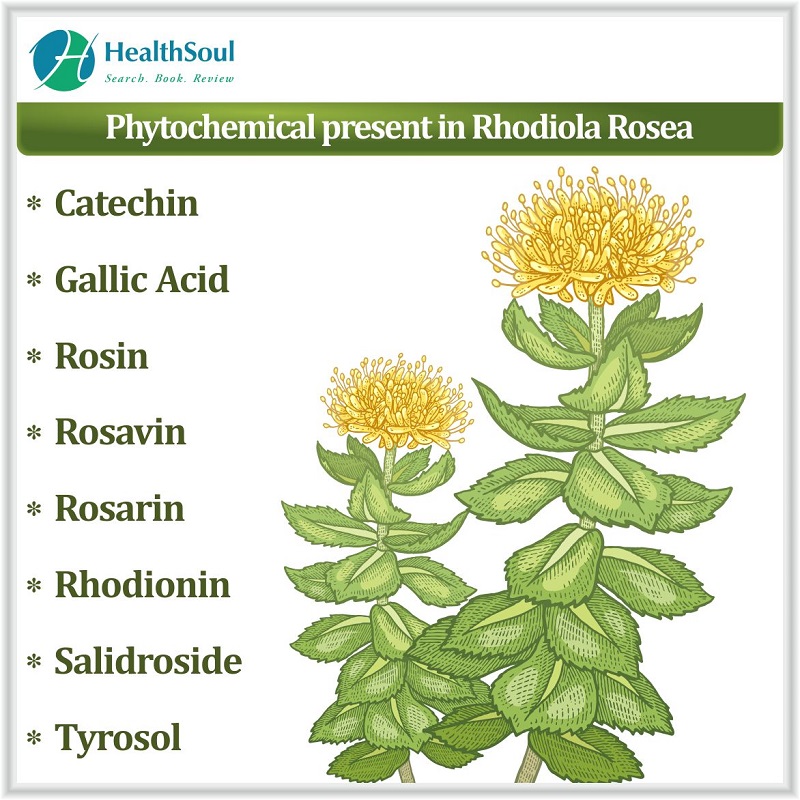 What is the Mode of action of Rhodiola rosea Root health benefits?

What are the different forms of Rhodiola rosea root?

The recommended adult dose of Rhodiola rosea root capsules varies from 100 to 300 mg per day depending upon the underlying condition. [4] 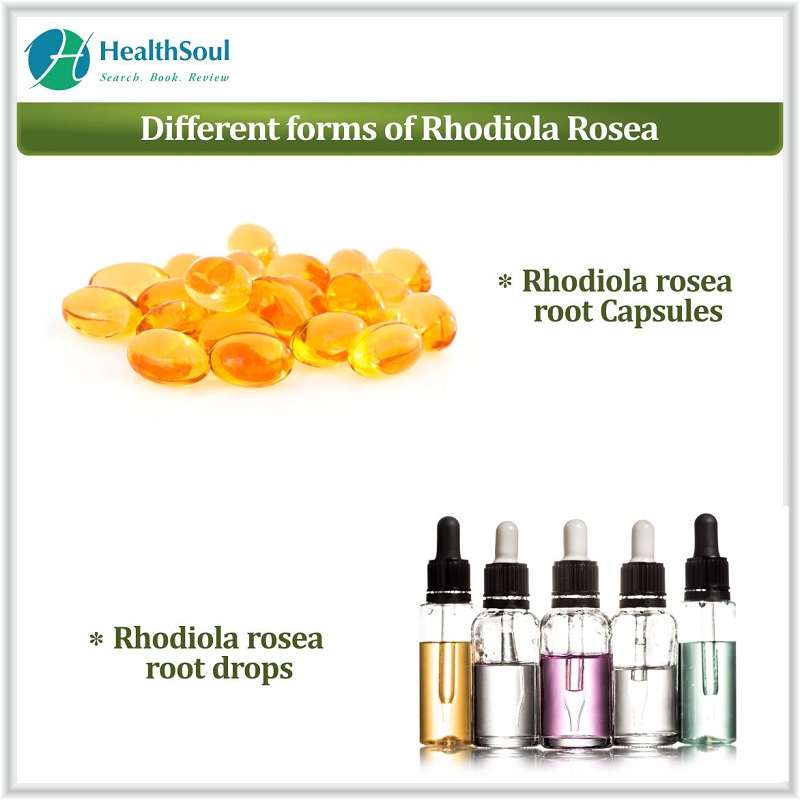 The anticancer activity of Rhodiola rosea root is well established by different preclinical and laboratory-based research studies. Different research result results found that this herbal remedy is effective against breast cancer, kidney cancer, colorectal cancer, and bladder cancer. Researchers expected that this herbal ingredient is a promising treatment regimen against cancer in the future.[1]

In recent days, the survival rate of the elderly population is increasing due to the advancement of medical science. However, Neurodegenerative diseases like dementia, Alzheimer’s disease are some of the big challenges for elderly populations. Rhodiola rosea root has Neurodegenerative disease protection activity and may help to prevent these disorders. [1]

Oral administration of Rhodiola rosea root is recommended for the elevation of mood and improvement of cognitive performance and attention. Anfimov’s correction test result reported the number of errors has reduced by the administration of Rhodiola rosea root preparation. Researchers also expected Rhodiola extracts to act on neuropeptide Y receptors and increase the expression of neuropeptide Y, which also improves memory and learning capacity. [2] Preclinical trial result also reported that treatment with Rhodiola rosea root extract can reduce the escape latency, improve the frequency and the length of memory functioning. [5]

Rhodiola acts on mono-amine oxidase A and stress-system and inhibits the secretion of cortisol and JNK mediated effects on glucocorticoid receptors. This alteration of pathophysiology is effective to reduce depression. Moreover, Rhodiola extracts acts on neuropeptide Y receptors and increases the expression of neuropeptide Y, which also decreases depression and anxiety along with a balanced energy level. [2]

Both male and female may get benefited by in taking Rhodiola root by the following ways:

Women with amenorrhea may restore their menstrual cycle and get pregnant after treatment with Rhodiola root extract. A clinical trial conducted in 40 women with amenorrhea to check the efficacy of both oral and parenteral routes of Rhodiola root extract. After completion of the study period, the research result showed that 25 women restored their menstrual cycle and 11 among them had got pregnant. [3]

Male individuals are suffering from erectile dysfunction or premature ejaculation may improve their sexual function by intaking Rhodiola root extract. An open trial result reported that among 35 study participants, 26 men had benefitted by taking 150-200 mg of R. rosea formulation per day for 3 months. They had improved sexual functioning, normalizes prostatic fluid. [3] 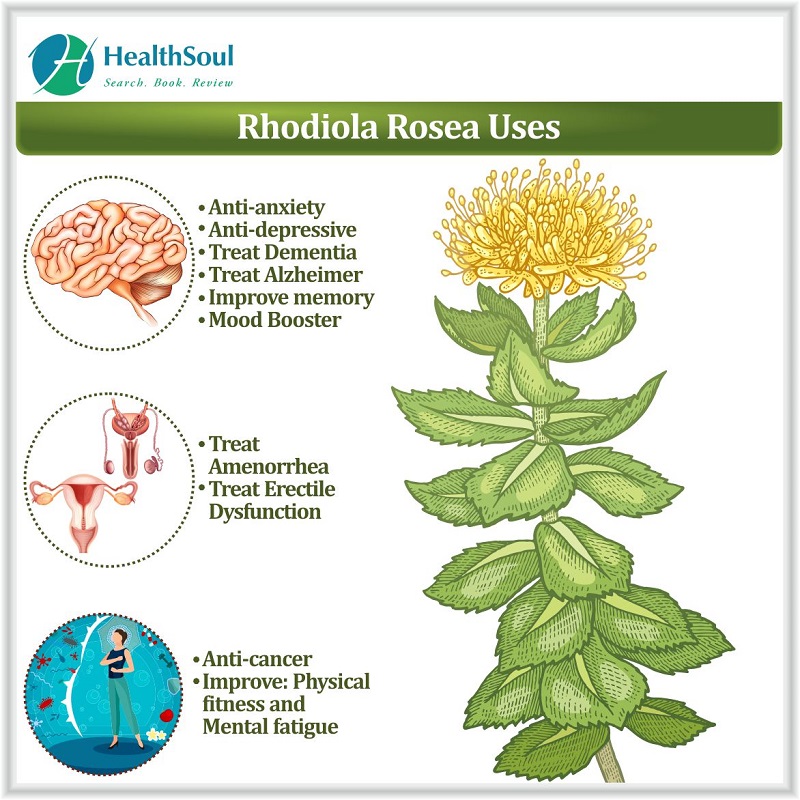 Mild to moderate side effects of Rhodiola root includes stomach upset, headache, dizziness, drowsiness, and difficulty in sleeping. However, every user may not feel these side effects, but some may have. Therefore, consult your doctor for accurate dosing of this herbal preparation.

When should I avoid Rhodiola root?

During pregnancy and lactation and individuals who are taking monoamine oxidase inhibitors prescribed medicine. [4] 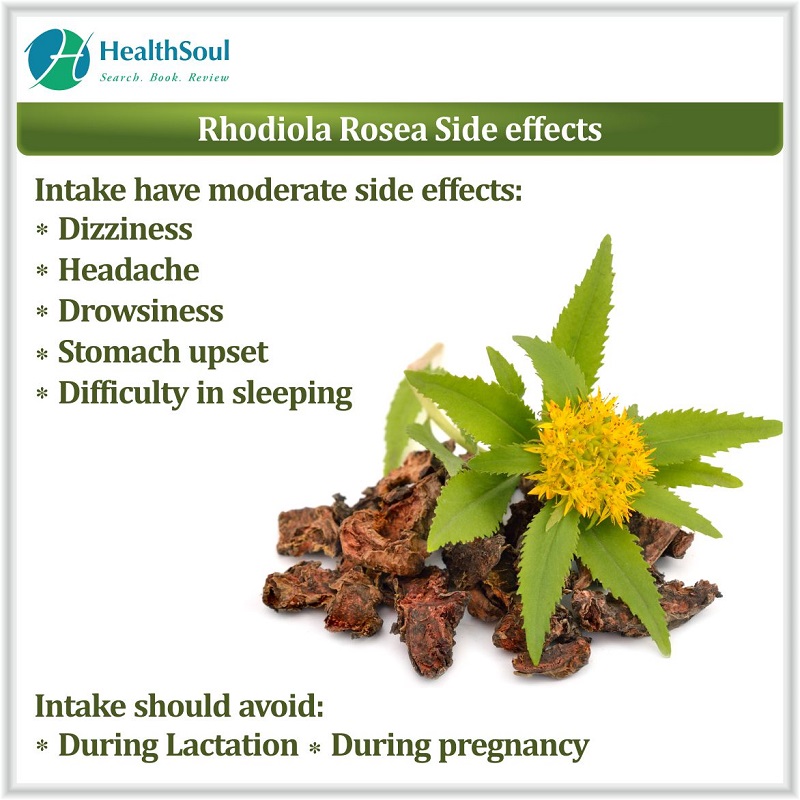