Reactive arthritis is a condition in which there is inflammation of the joints with pain and swelling which occurs following an infection elsewhere in the body. The joint itself is not infected and often the primary infection has already resolved. This is a rare conditions occurring in about 0.6 to 27 people per 100,000 population, affecting predominantly young adults with equal incidence in men and women.

Cause of Reactive Arthritis

This is believed to occur as a systemic inflammatory response to the initial infection. The preceding infection is usually in the gut or from the urinary tract. The following organisms are frequently implicated: 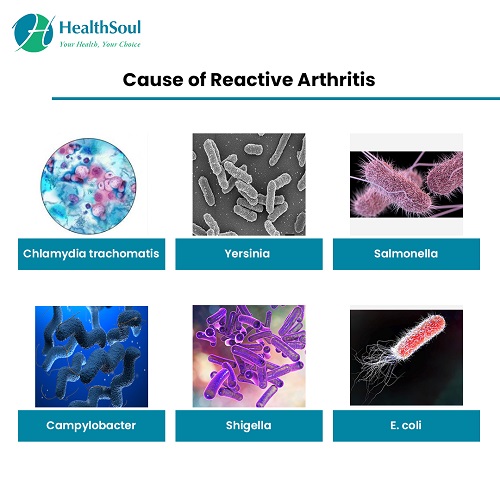 The person typically experiences symptoms of reactive arthritis 1 to 4 weeks after the inciting infection which is usually diarrhea or a urinary tract infection. The following are the symptoms experienced:

Symptoms involving sites other than the musculoskeletal system 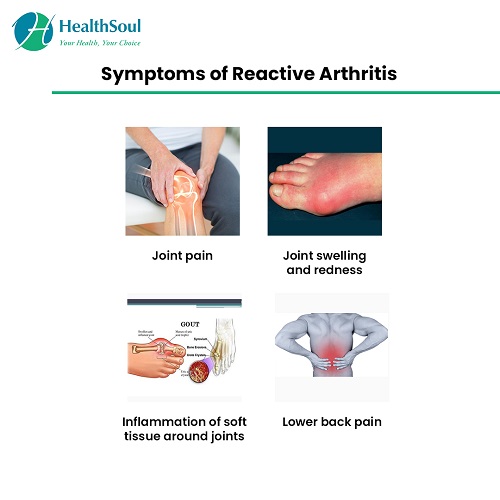 The clinical features of joint involvement along with a history of prior infection in the gut or the urinary tract suggests the diagnosis. The following lab tests are done to confirm the diagnosis of reactive arthritis:

Tests to rule out other causes of arthritis need to be done including testing for rheumatoid arthritis, systemic lupus erythematosus (SLE), Lyme arthritis and septic arthritis. 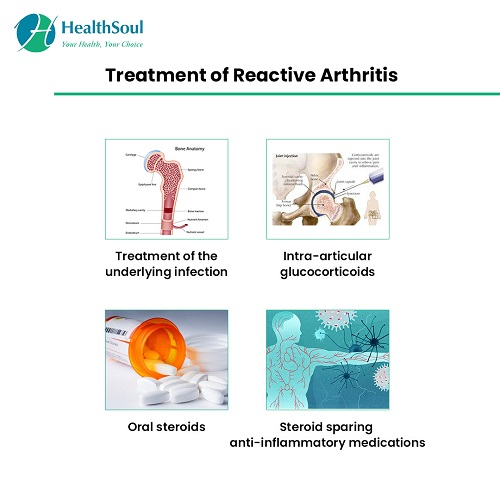 Generally, the symptoms resolve within 3 to 5 months. In most the symptoms decrease significantly by 6 to 12 months after the initial illness. However, a few individuals continue to have symptoms beyond this time and progress to chronic reactive arthritis requiring long-term therapy.