Your heart consists of four chambers the upper left and right atrium and the lower left and right ventricle. These chambers contract in a regular rhythm to pump blood to the body. A group of special cell in the wall of the right atrium together formed the sinoatrial node (SA node). The SA node is the natural pacemaker of your heart. An impulse from this node travels around both the atrium signaling them to contract and pump the blood from the atria to the ventricle. After a slight pause the impulse travels to both the ventricles, signaling them to contract and pump the blood to the rest of the body. This cycle constitutes a normal heartbeat. A disorder in the rate or rhythm of the beating of heart is called an arrhythmia. An arrhythmia may cause the heart to either beat irregularly, too fast or too slow.

A pacemaker is a device consisting of a generator and wires. This device helps the heartbeat at a normal pace. It can either be permanently implanted into the body or used temporarily. The generator produces the electrical stimulus that stimulates your heart to beat. It is programmed to generate the electrical stimulus at regular intervals. The pacemaker is also programmed to change the rate of stimulation according to the demands of the body based on its assessment of the breathing rate or body motion. 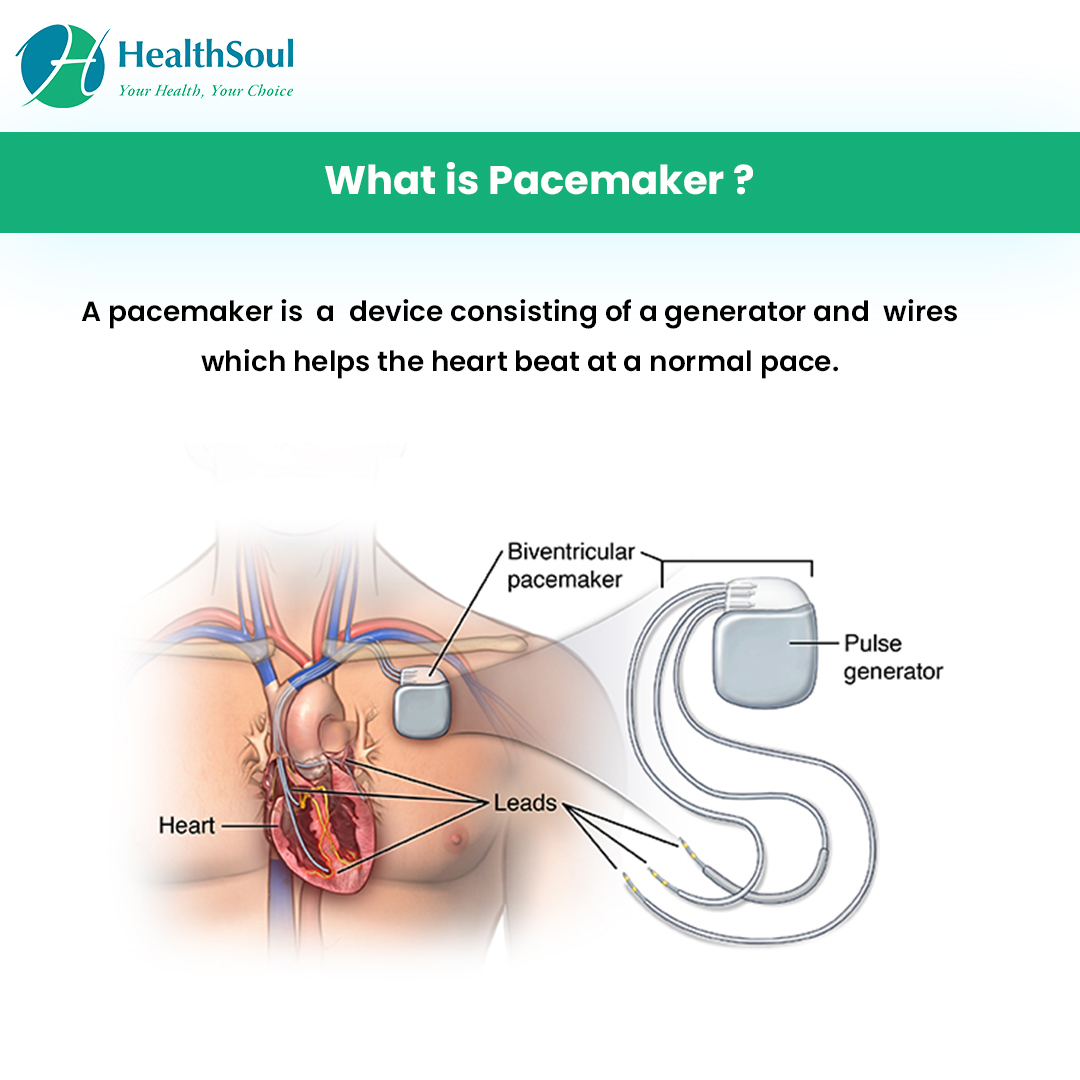 Placing the pacemaker is a minor surgery. Your doctor will administer a sedative through an intravenous line to help you relax during the surgery. As the sedative take effect your doctor will numb an area by your collar bone near the non-dominant hand. Your surgeon will then insert a needle into a vein in near your shoulder, after which the needle will be used to thread in the wires of the pacemaker into the vein and place them correctly into the heart. After the wires are in place a small cut will be made in the skin of your chest or abdomen and the generator will be placed below the skin. Your surgeon will then test you pacemaker for proper functioning and then close the cut with the help of sutures.

Placing a pacemaker is indicated by your doctor for multiple reasons.

To prepare for implanting a pacemaker your doctor would like to order several different types of tests to evaluate the health of your heart like and echocardiography, electrocardiogram, and Holter monitoring. Your doctor might also order an electrophysiological study. Your doctor will inform you about the different types of pacemakers available and will help you make an informed decision on which pacemaker will be best for you.

Complications associated with the minor surgery are: 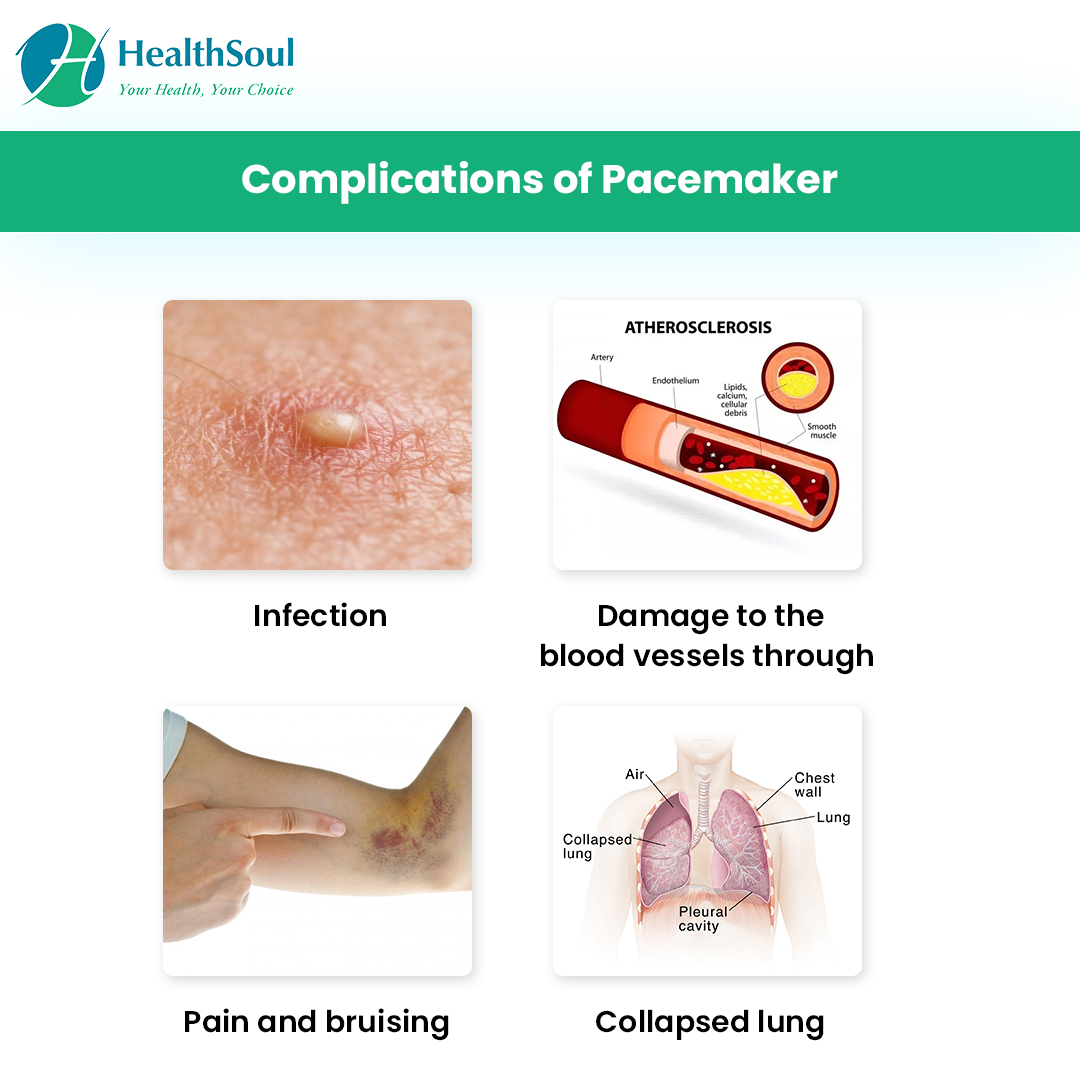 You will have to stay in the hospital overnight before being discharged. It is advisable to arrange for someone to drive you home. Your doctor will advise to avoid strenuous physical activity for a month after the surgery. You might experience pain at the site where the pacemaker has been implanted; your doctor will prescribe medicines for it. Inform your doctor before starting or resuming any medication. Most individuals are able to return to work in a week after the surgery.