What is Cell-Based Therapy?

Cell-based therapy is a treatment technique that involves the introduction of a patient’s cells or those derived from a donor to combat diseases and allay certain medical conditions due to the regenerative capacity of these types of cells. Cell-based therapy is based on the ability of stem cells (SCs) to differentiate into cells of different types while also being able to self-replicate and retain their progenitors’ characteristics. This ability of SCs to differentiate, self-replicate, and maintain parent-cell characteristics is known as potency. Hence, the use of terms like totipotent, pluripotent, and multipotent.

Totipotent cells are capable of dividing and differentiating into different embryonic cells (including extra-embryonic ones). Using human development as a case study, zygotes (which are themselves, totipotent) give rise to other daughter’s totipotent cellular entities. As the zygote undergoes division during the days immediately after fertilization, the identical cells that arise from the zygote still retain their totipotency until the blastocyst is formed. This is where differentiation begins to occur in the blastocyst’s inner cell mass, and they become pluripotent. 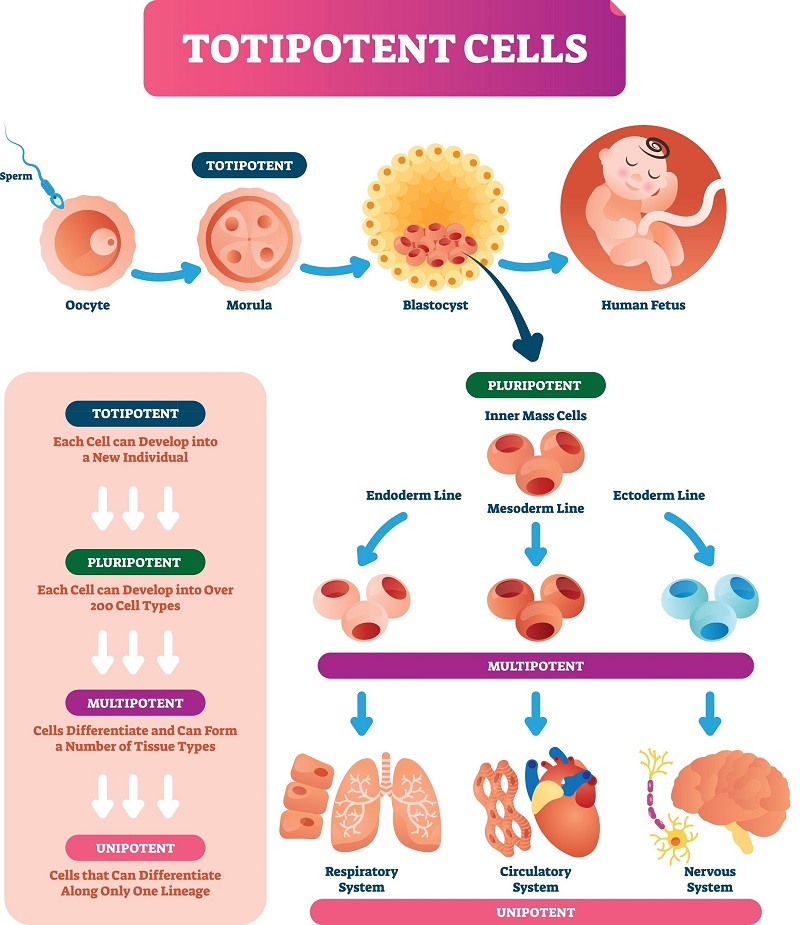 There are three types of in vivo SCs based on their origin. They are:

Stem cell transplantation therapy involves injecting, implanting, or grafting these viable SCs into a patient to cause a therapeutic effect to alleviate conditions like lupus, type 1 diabetes, multiple sclerosis and other neurodegenerative diseases, cancer, rheumatoid arthritis, and more.

Based on the source of these viable cellular materials, there are two major stem cell transplantation types. They are autologous transplants and allogeneic transplants.

The word autologous is derived from “auto,” meaning “self.” In autologous transplantation, the source of the SCs is from the same patient that needs to undergo the therapy. Usually, in an autologous transplant, the SCs of the patient are first harvested from their bone marrow, adipose tissue (fat) or blood, and then cultivated, or if required, the patient undergoes intensive chemotherapy and radiotherapy depending on the disease condition being treated. Finally, the processed SCs are thawed and re-injected into the patient’s body.

A major advantage of autologous SCT is that the patients get their own SCs back, and the risk of the graft being rejected by their bodies (host-versus-graft reaction) is eliminated. In some cases, it is easier and less costly to start up, unlike allogeneic transplants.

In autologous transplants, there are simpler regulations. Also, embryonic sources and non-donor virus and prion concerns can be avoided. Cellular abnormalities are also avoided with autologous SCT, and it is more preferred for bio-aesthetic applications. There is no need for immuno-suppression and all the risks attached to it. Also, there are less ethical issues with autologous SCT when compared with allogeneic SCT since the SCs are harvested from the patient’s own body. These are some of the reasons why in an autologous vs allogeneic transplant comparison, the autologous option may be preferred.

Also, it usually proves difficult to harvest a large number of SCs from ASCs in this type of transplantation. In an autologous vs allogeneic comparison, patient throughput is usually lower with autologous SCT.

Emergencies are quite difficult to deal with in this transplantation type, and in the event of a processing failure, major treatment delays are inevitable. There is no complete stem cell transplant success guarantee in that there is a possibility that the transplanted SCs will not go into the bone marrow as expected.

Another disadvantage is that it requires the procedure of cell harvesting that may be uncomfortable for the patient and has a risk as any invasive medical procedure.

The word allogeneic is obtained from “allo,” meaning “other.”  In this transplantation type, the source of the SCs in an allogeneic stem cell transplant is from another individual other than the patient. In an allogeneic transplant, the SCs are gotten from a stem cell donor or donated tissue such as placenta or Wharton’s jelly.

In the case of hematopoietic stem cell transplantation (HSCT), a close family member is a choice for such a stem cell donation. However, if a good match cannot be found in the patient’s family, a matched unrelated donor (MUD) might be selected from the general public via a national registry. In the case of mesenchymal stem cells (MSCs), there is no evidence of a risk of rejection, even if cells are harvested from donated biomaterial.

In treating diseases like cancer, the SCs of the donors produce their immune cells, which could be useful in killing any remaining cancerous cellular entities in the bodies of the stem cell recipients. This is known as the graft-versus-cancer effect. Also, more healthy SCs may be obtained from the donors if needed.

In allogeneic SCT, since SCs are always available (as a result of an increasing number of donors found in registries), it is preferable to handle emergencies. Also, when compared to autologous transplants, it gives room for higher patient throughput. No biopsy consent is needed from patients, which can be very important in the case of an extremely ill patient.

Also, the use of allogeneic stem cells avoids the unpleasant procedure associated with cell sampling, and significantly reduces the treatment time, since the cells have already multiplied to the required number.

The graft or transplant might be rejected by the patient’s body, which will result in the death of the donated SCs because the immune system of the patient regards the grafted allogeneic cells as foreign. Also, the donor’s cellular immune entities may attack not just cancerous cells in the patient but healthy cellular entities as well. This is known as graft-versus-host disease.

Since immune-suppression is necessary to keep the patient’s immune system in check, the patient is at a high risk of being infected with other infections, which could lead to serious complications and even death. The use of allogeneic SCs also presents more ethical issues when compared to using autogenic SCs.

There are other types of stem cell transplants, which are derivatives of autologous and allogeneic transplantation. 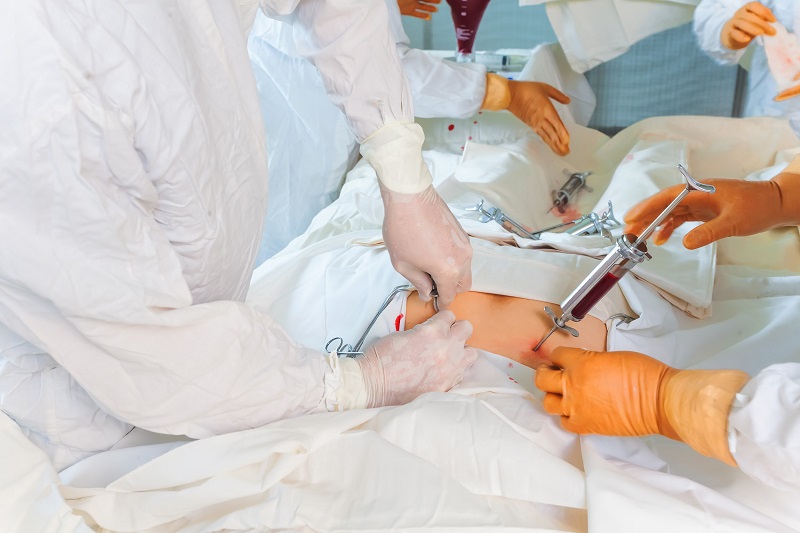 What Results Can be Expected with Cell-Based Therapy?

The homing, regenerative, and transformative characteristics of SCs make cell-based therapy potentially capable of curing many medical conditions that are associated with cellular pathology since the SCs can replace the damaged cells and stimulate tissue renewal. As more research on cell-based therapy is being done by leading medical centers such as Swiss Medica and others worldwide, SCs can be used to treat different autoimmune, neurodegenerative, cardiovascular, metabolic and eye diseases, cancers and other chronic conditions much more effectively.

Although not all of these breakthroughs have been thoroughly tested using human models, the results are promising. The possibilities that this form of treatment offers are numerous and more diseases that were once thought to be incurable may very well be cured in the nearest future.