According to the American Cancer Society’s 2017 statistics, ovarian cancer is the fifth leading cause of cancer deaths in women, with about 14,000 deaths a year. Over half of the women diagnosed are over age 63. A woman’s risk of getting ovarian cancer in lifetime is about 1 in 79. Over the last 20 years, diagnoses of ovarian cancer have been declining.

The cause of ovarian cancer has not yet been determined. However, since pregnancy and birth control both lower the risk, there may be some relationship between ovulation and ovarian cancer. Another theory, based on the lowered risk for those who have had a hysterectomy or tubal ligation, is that cancer causing substances enter through the vagina and pass through the fallopian tubes into the ovaries. Finally, inherited gene mutations may increase the risk of ovarian cancer.

Most symptoms of ovarian cancer show themselves after the cancer has spread beyond the ovaries. The most common symptoms include

These symptoms can also be caused by non-cancerous conditions like UTI. But when they are more severe and occurring frequently, one should consult their doctor. 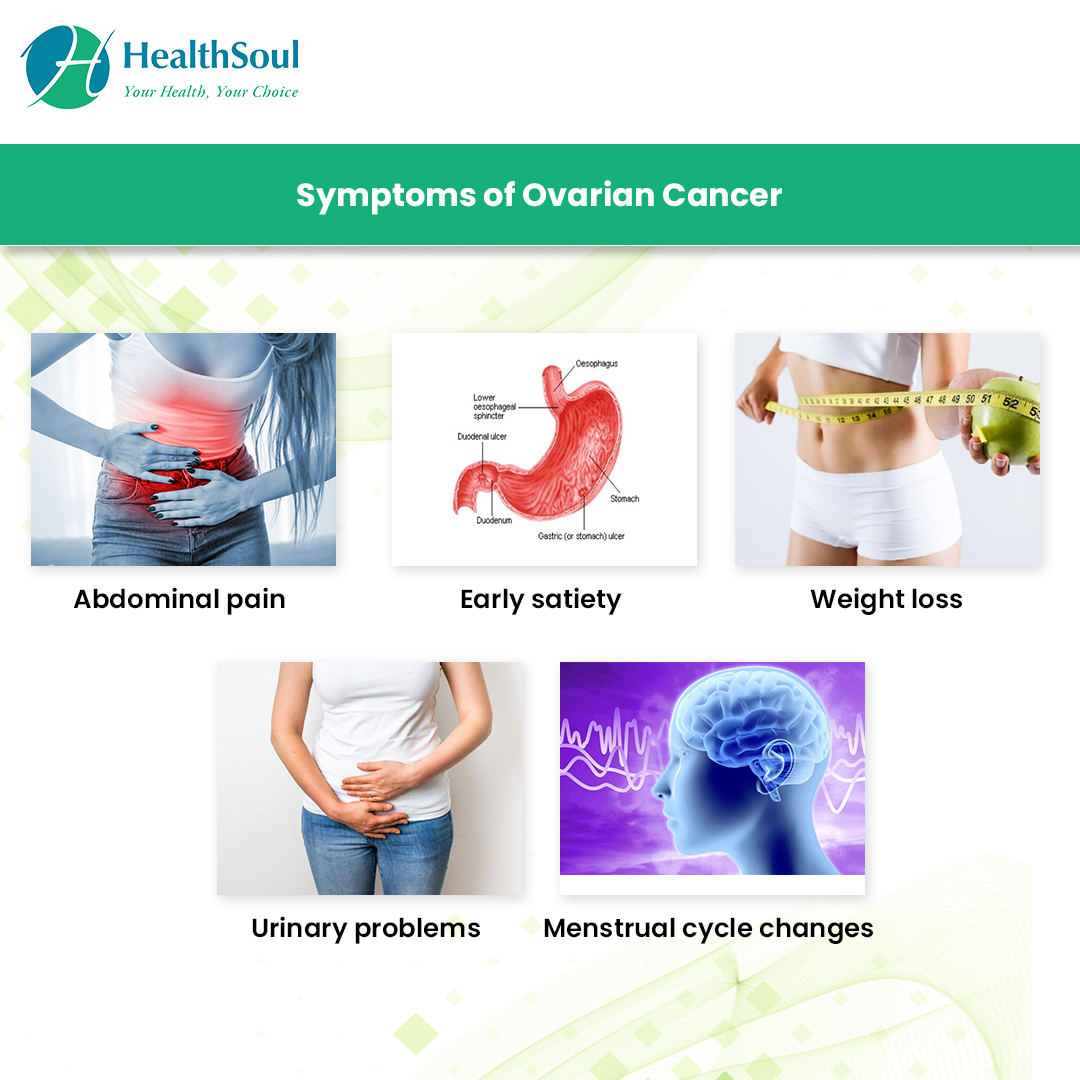 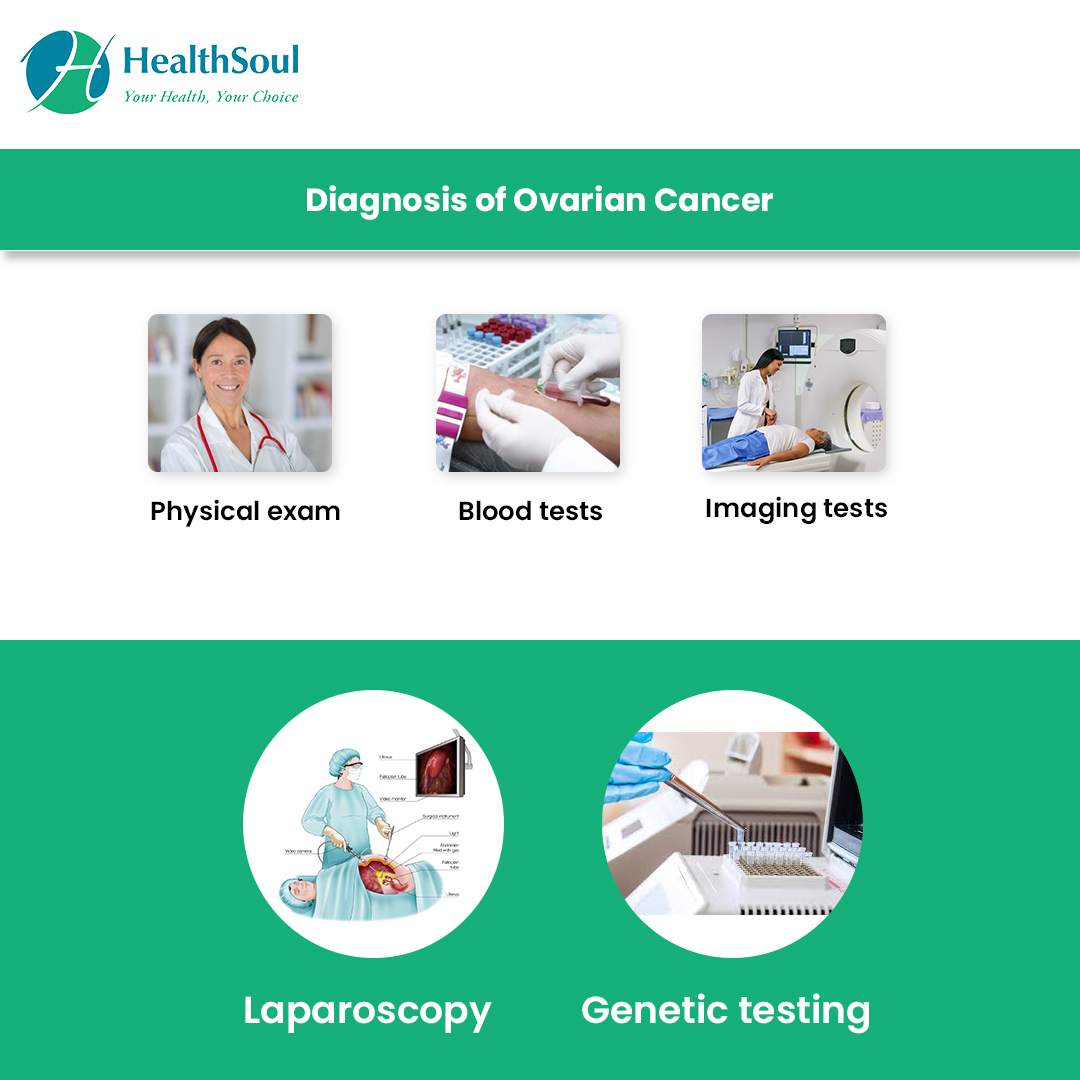 The diagnostic tests not only help in making the diagnosis but also in determining the stage of cancer (how far the cancer has spread). Ovarian cancer staging is done using either FIGO staging system or TNM staging system.

Stage I: Cancer is only in one or both ovaries or fallopian tubes.

Stage II: Cancer is in one or both ovaries or fallopian tubes and has spread to other pelvic organs (bladder, sigmoid colon, or rectum), but has not reached lymph nodes or distant sites.

Stage III: Cancer is in one or both ovaries or fallopian tubes or there is primary peritoneal cancer and it may have spread to nearby organs and the pelvic and/or para-aortic lymph nodes only. It has not spread to distant sites.

Stage IV: Cancer has spread to the fluid around the lungs and/or distant organs, lymph nodes, or bones.

Treatments options include the following: 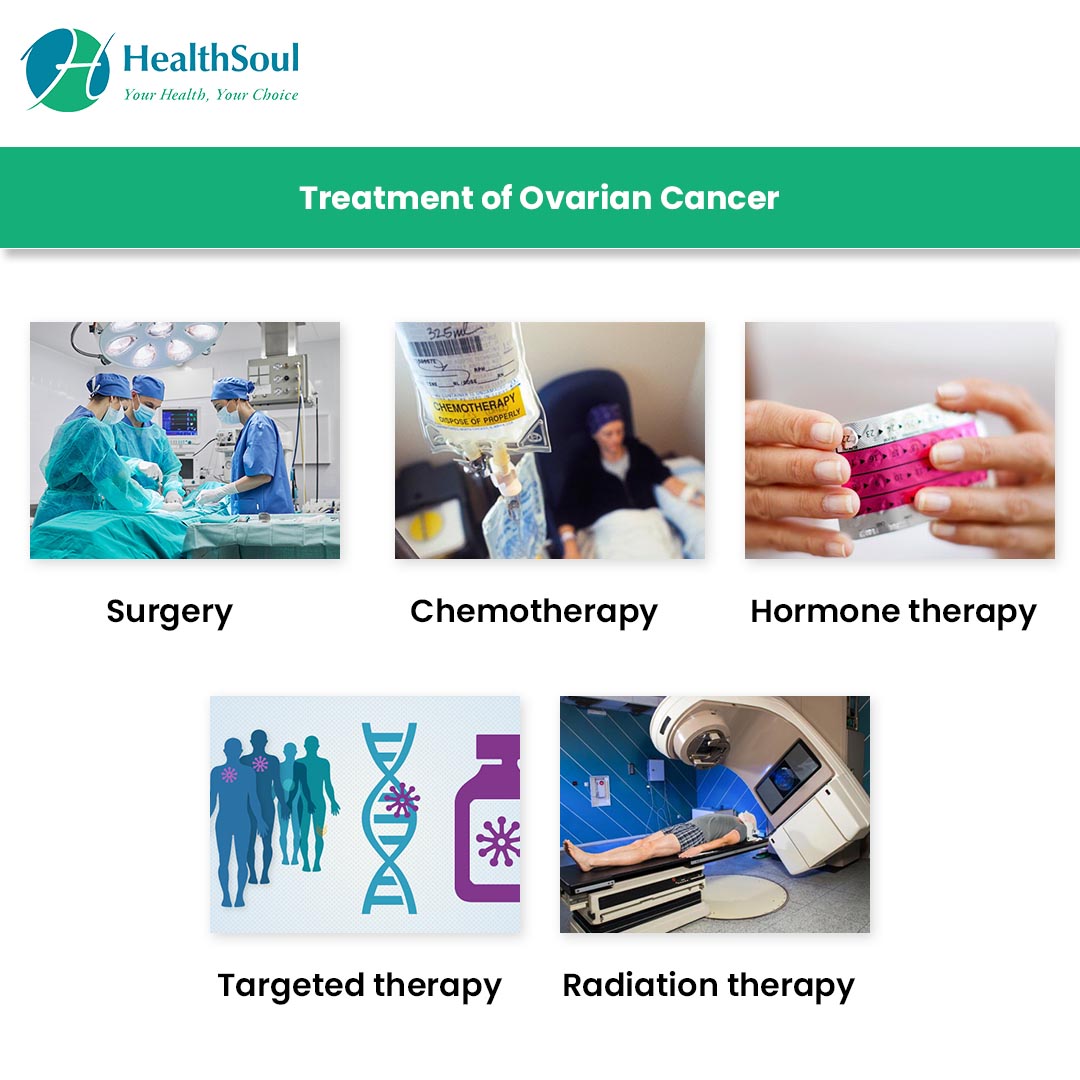 Since we do not yet know what causes ovarian cancer, prevention is difficult. However, oral contraceptives and gynecological surgery may reduce the risk of certain ovarian cancers.