Nelson syndrome is a rare disorder which occurs in some of the patients of Cushing disease after the removal of adrenal glands. It is characterized by the signs and symptoms due to enlargement of ACTH secreting tumor in the pituitary gland and the abnormal hormone concentration produced by it. The patient complaints of intense skin discoloration, headaches or vision impairment. 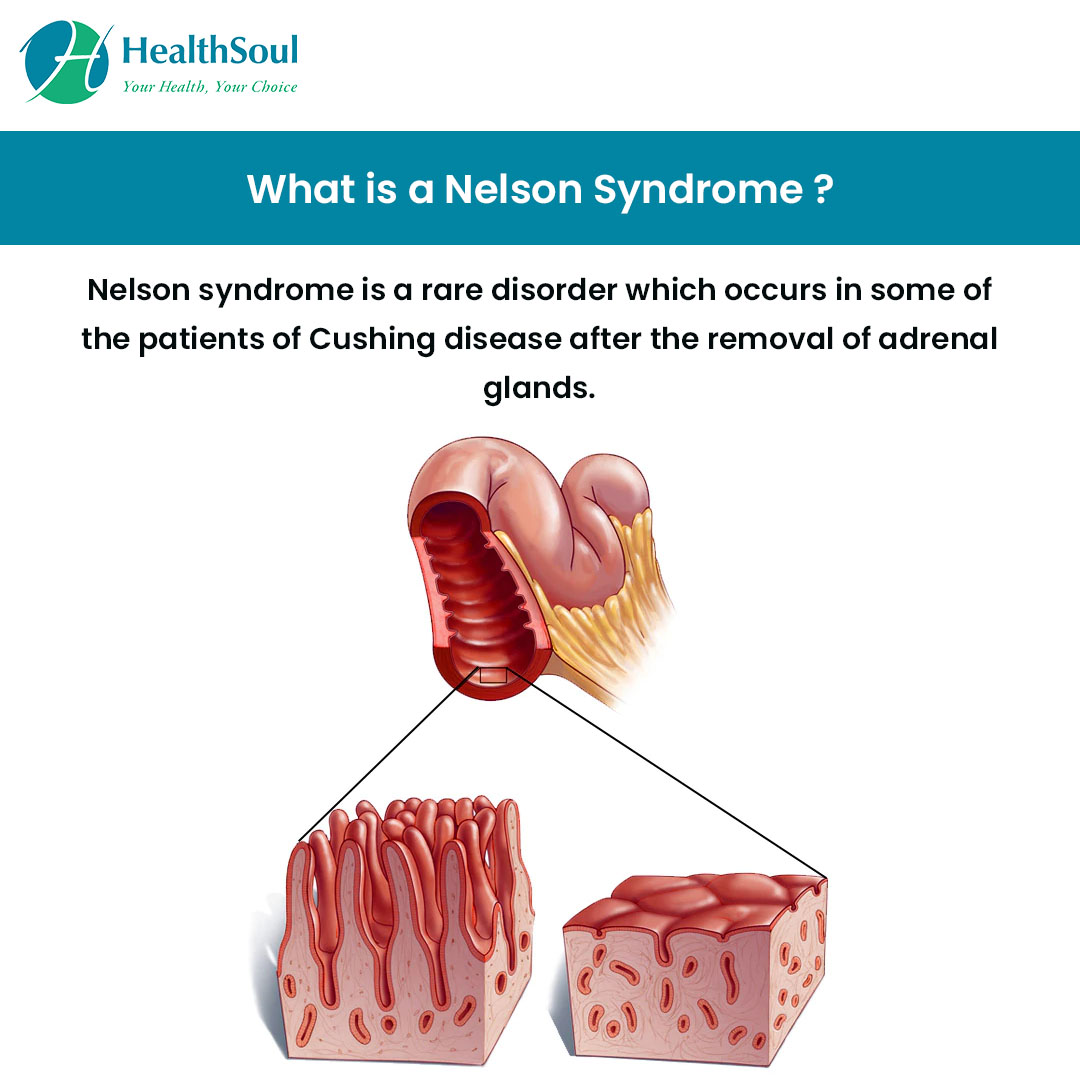 Due to hormonal imbalance: The increased concentration of ACTH and beta-MSH hormone causes

The diagnosis is easy and your doctor uses your medical history, physical examination and order some test to establish a diagnosis

Medical history: Your doctor will ask you some questions about your symptoms, past illness and treatment history. The doctor will suspect the nelson syndrome if there is past history of Cushing syndrome with removal of adrenal glands and symptoms suggestive of pituitary enlargement.

Physical examination: The doctor will examine your body from head to the toe, looking for the signs and symptoms of various hormone deficiency. A visual field test can be used to check for any defects in the vision.

Blood hormone level: your blood sample is taken and level of ACTH hormone is measured. On the basis of the medical history, the levels of other hormones can be checked of your doctor suspects the deficiency of pituitary hormones

Imaging tests: MRI scan can be used to assess the growth of the pituitary tumor and to look for the effects on the areas in the brain around the pituitary gland. 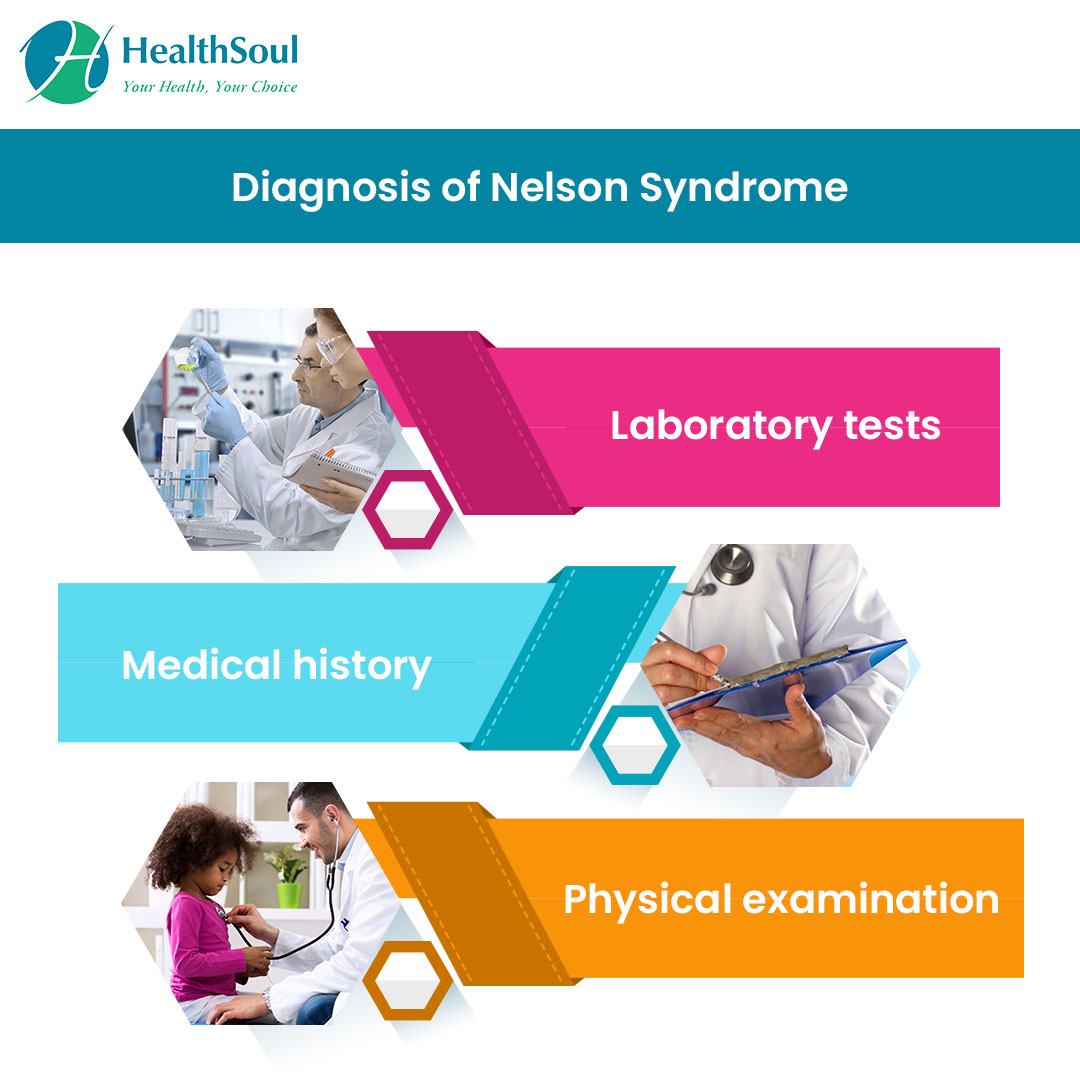 The main goal of the treatment is to remove the cause of the nelson syndrome. The surgical excision is the ideal treatment but not possible always.

Radiation: The radiation therapy can be used to limit the abnormal growth of the pituitary gland if the size is not large enough, today stereotactic radiosurgery is available nowadays that can deliver highly focused dose of radiation which doesn’t harm the surrounding structures.

Surgical excision: The best way to approach is through nose but large tumors are approached through skull.

Pharmacological treatment: These are not effective as much but some medicines can be used to shrink the tumor size and to control the symptoms. 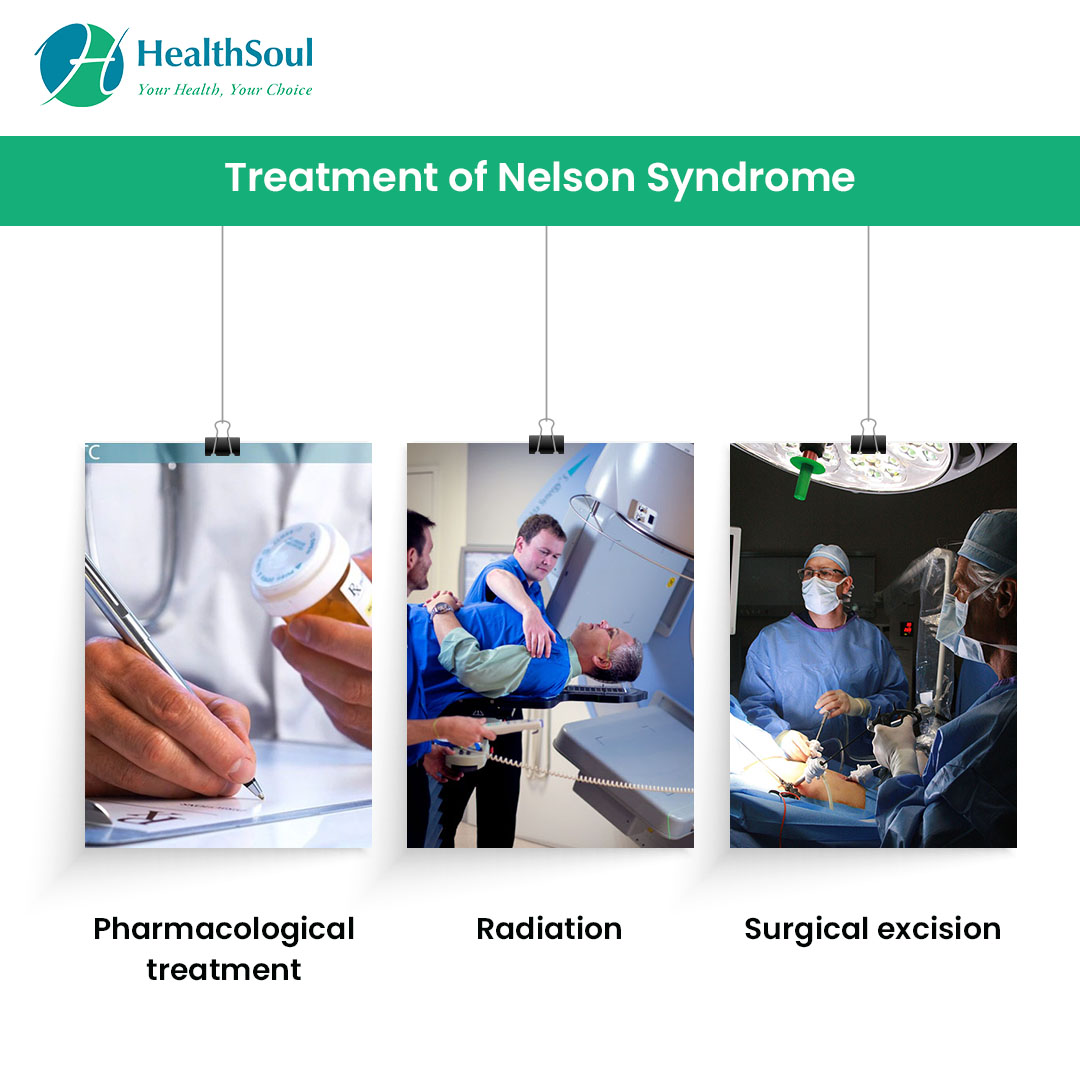 The American Association of Clinical Endocrinologists