The heart is divided into four major chambers, the left atrium, left ventricle, right atrium and the right ventricle. The valve present between the left atrium and the left ventricle is called the mitral valve. The valve present between the right atrium and the right ventricle is called the tricuspid valve. When the mitral valve doesn’t close properly, it may allow the blood to backflow into your heart, because of which enough blood doesn’t reach your body; this condition is called Mitral Regurgitation (MR). Mitral clip is a small clip like device developed to reduce the backflow of blood in individuals with mitral regurgitation. 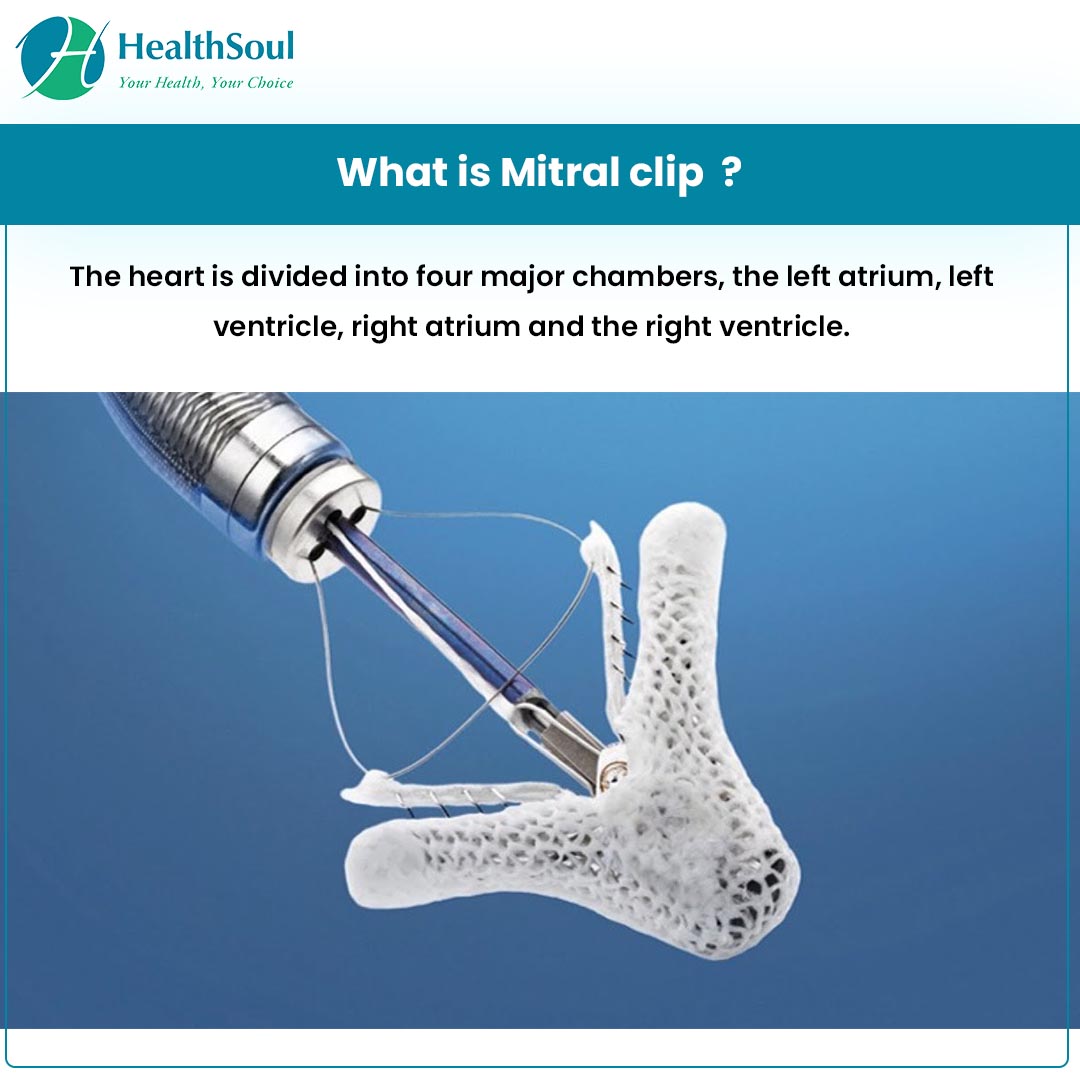 The procedure is done in the cardiac catheterisation lab, under general anaesthesia.

This procedure is indicated for individuals with severe mitral regurgitation and contraindications for a major surgery.

Mitral valve repair is associated with an overall complication rate of 15-19% at 30 days. The complications seen are: 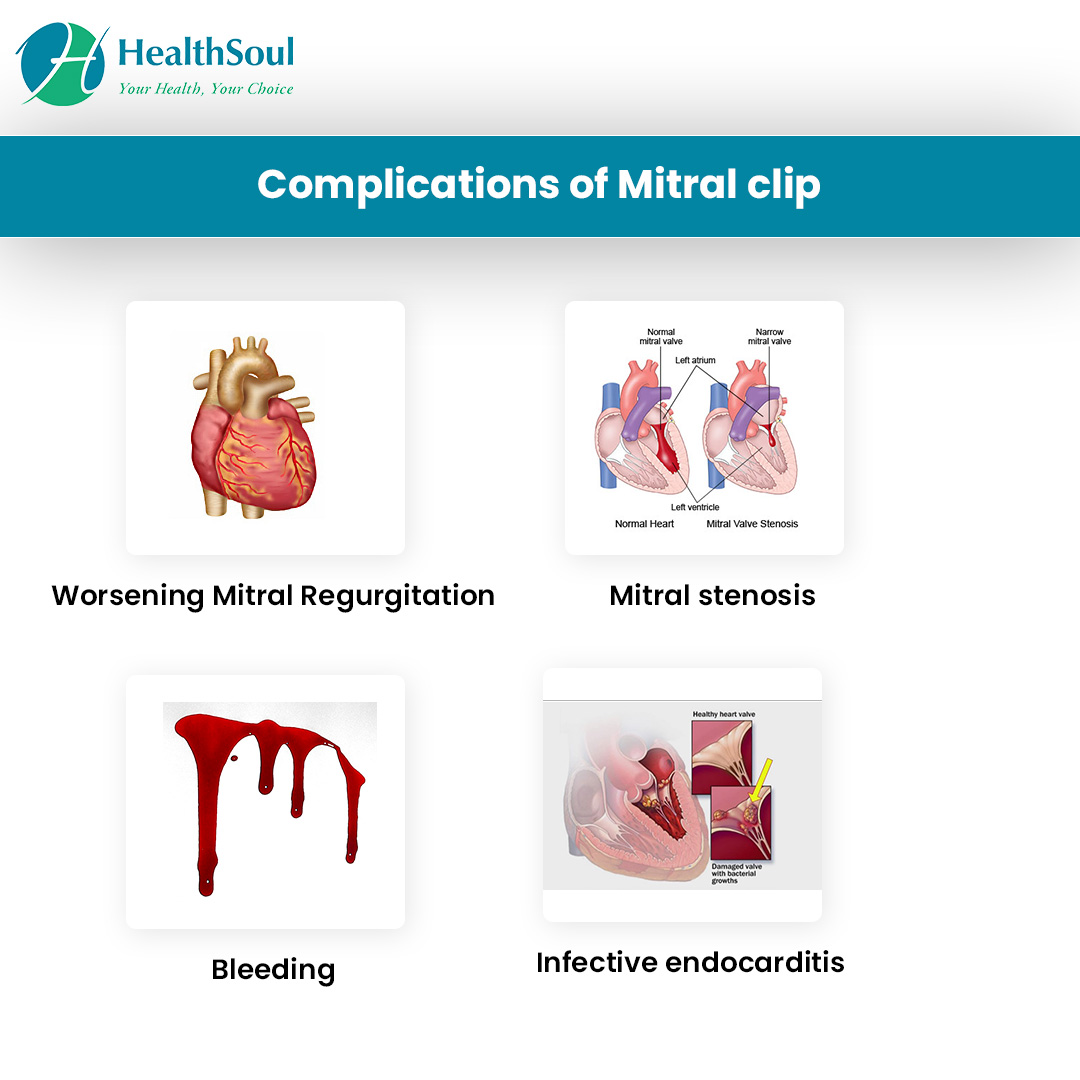 After the procedure you will be taken to the recovery room where your treatment team will be continuously monitoring you. After an overnight stay in the ICU you will be shifted to the normal ward. You will be gradually allowed to sit in your bed, then a chair and then walk around on your own. On the second day a number of tests will be done to check the function of the heart. You may feel some pain in the groin at the site of access, talk to your healthcare provider if the sight is inflamed or has a discharge oozing from it. Most individuals can go home 2 days after the procedure.

Post procedure you will be advised to not lift heavy weights for some days. An exercise regime might be suggested to help you recover faster and better.