Is Febuxostat Safe for Patients with Gout?

There are certain medications used to treat patients with gout. Two of these urate-lowering therapies are febuxostat and allopurinol. However, questions have been raised about febuxostat, specifically its cardiovascular safety when used long-term.

The European Medicines Agency considered these concerns worth investigating and chose to recommend a post-licensing study to address the potential issues with the therapy. To do so, a study was conducted to assess and compare the cardiovascular safety of both febuxostat and allopurinol. 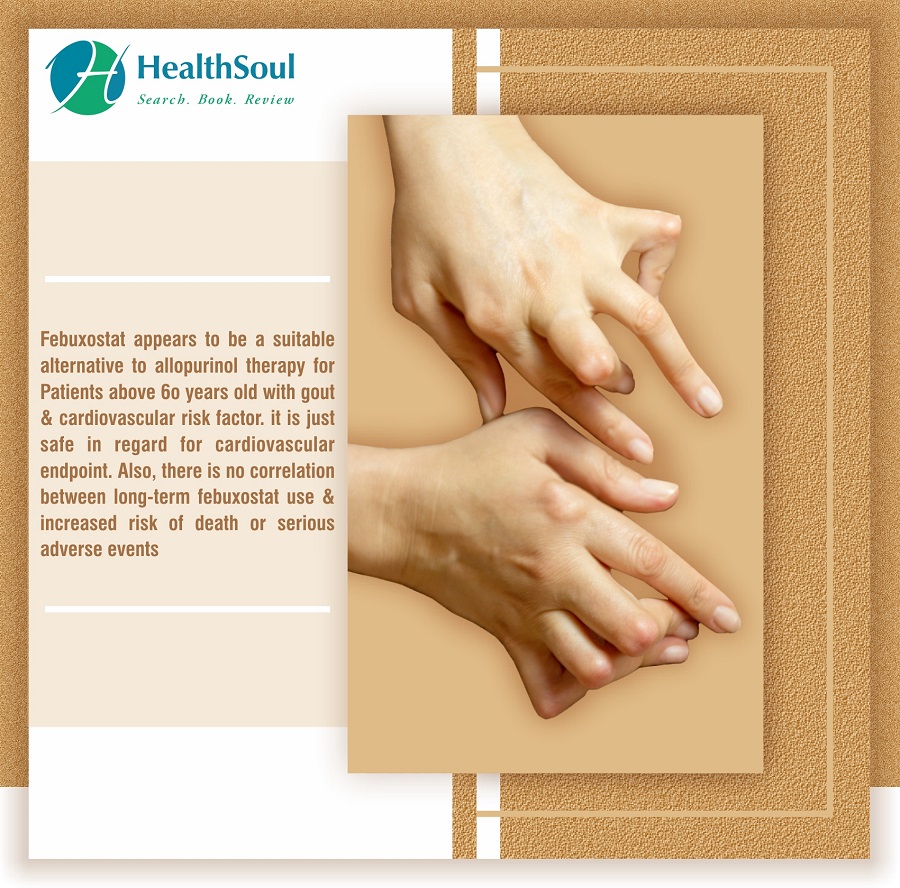 The study included 6128 patients from Denmark, Sweden, and the UK enrolled from December 2011 to January 2018. Patients had to have gout, be 60 or more years old, have another cardiovascular risk factor (at least one), and be receiving allopurinol. Patients were excluded if they had suffered from myocardial infarction or stroke within the last six months or if they had a severe renal impairment or severe congestive heart failure.

Patients were given allopurinol in a dosage designed to achieve a set serum urate concentration level before being randomly assigned to either continue using allopurinol or begin using febuxostat.

Of the 3063 patients assigned to the febuxostat group, 222 died (7.2%). This was slightly lower than the allopurinol group, which saw 263 patients out of 3065 die (8.6%). This trend held true when evaluating adverse events, with 1,720 in the febuxostat group experiencing at least one serious adverse event compared to 1,812 in the allopurinol group (57.3% versus 59.4%, respectively).

This study proved to be good news for gout patients, as febuxostat appears to be a suitable alternative to allopurinol therapy. The data suggests that it is just as safe—if not safer—in regard to the measured cardiovascular endpoint. It also shows that, when compared to allopurinol, there is no correlation between long-term febuxostat use and increased risk of death or serious adverse events.