The lungs are primarily responsible for providing oxygen and removing oxygen from the blood. This organ is able to work efficiently because of the presence of microscopic sacs called alveoli. The walls of the alveoli are one cell thick and containing tiny blood vessels. Exchange of gas occurs through these thin membranes. Formation of scar tissue or fibrosis in the lung tissue leads to a reduction in the ability of lung to efficiently exchange gas between the blood and air. Diseases causing such fibrosis are termed as Interstitial Lung Disease (ILD).

Lung scarring can be caused by an abnormal healing response to an injury in the lung. The abnormal healing leads to thickening of the wall of alveoli making exchanges of gas difficult. Different factors have been attributed to be the cause of abnormal scarring. They are:

ILD presents with non specific symptoms like dry cough and shortness of breath on exertion.

Diagnosing ILD has two components; determination of the extent of damage to the lungs and identifying the cause of scarring. After recording a detailed history of your symptoms and previous exposures to noxious substances, your doctor will like to hear the breath sounds with the help of a stethoscope. Your doctor will also do a thorough physical examination to find clues regarding the possible cause of scarring in your lungs. After this your doctor might request a few tests to confirm the diagnosis. The tests are:

ILD causes an increase in resistance to blood flow through the lungs and a reduction in the diffusion of gases to and from the lungs. Complications associated with this disease are: 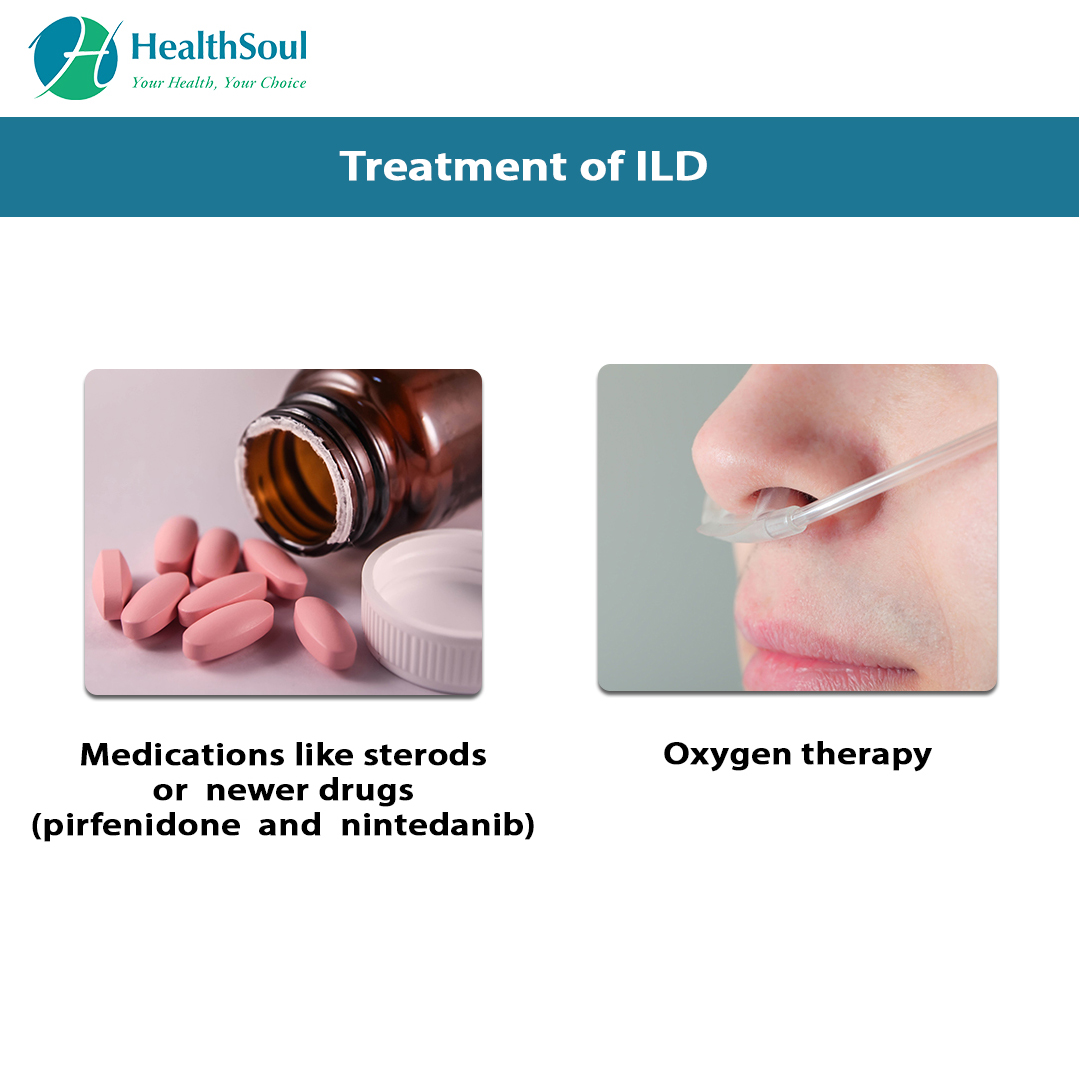