How to Treat Dysmenorrhea?

Dysmenorrhea is the medical term used to refer to the pain associated with menstrual cramps. It’s worth noting, however, that there are two separate types of menstrual pain, although both types are caused by contractions of the uterus. Primary dysmenorrhea is the most common type of menstrual cramps, which usually accompanies a woman’s menstrual cycle. Secondary dysmenorrhea is different than primary dysmenorrhea because it results from a disorder associated with your reproductive organs. Painful menstruation is actually the leading cause of recurrent short-term school absence, as a result of PMS or a painful period each month in adolescent women. As a result, pain and nausea from menstruation are often cited by adolescents as a reason for seeking hormone treatment or other systems like an IUD in order to address their problems and maintain their daily activities. 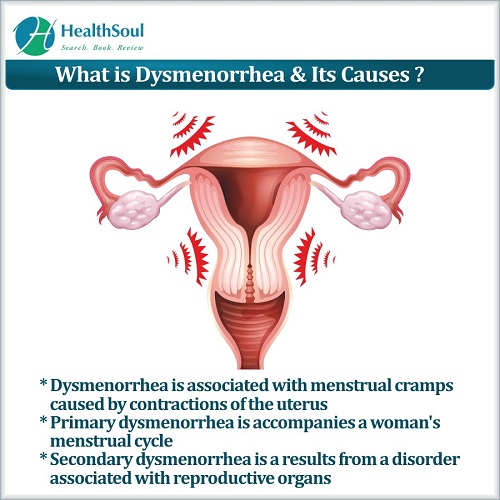 During menstruation, prostaglandin, a lipid with effects similar to hormones, causes the uterus to contract. The contractions of the uterus, which is a muscle, can cause pain and discomfort when not enough oxygen is being received because of a particularly tight contraction. Primary dysmenorrhea is generally recurrent because a painful period can happen any time that prostaglandin production increases. Dysmenorrhea is likely to begin in young women and adolescent girls and is usually just referred to as a cramp.

What are the Symptoms of Dysmenorrhea? 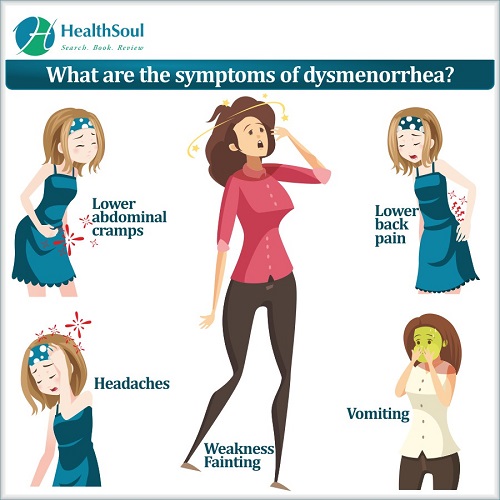 Treatment of each type of dysmenorrhea often involves addressing the underlying condition as well as the symptoms. For example, if you are only trying to address the dysmenorrhea symptoms associated with a menstrual period, there are a variety of over-the-counter medications or therapies that your gynecologist or health care provider can give you. For primary dysmenorrhea, acupuncture, acupressure, aspirin, acetaminophen, naproxen, or even the use of topical heat or a hot bath can give you some relief by increasing blood flow to your lower back and pelvis. Regular exercise is another way to address the cause of your pain with very few side effects. As you become stronger, low back pain will likely become less common, making the exercise of the abdominal muscles a popular treatment of primary dysmenorrhea with few if any risk factors. Some people also find that taking a fish oil supplement or engaging in the Japanese herbal remedy toki-shakuyaku-san can relieve lower abdominal pain, making it a useful therapy just like acupuncture. Because of the prevalence of dysmenorrhea, it’s recommended that women of reproductive age and young adults see a gynecologist in order to create a medical history and decrease the likelihood that symptoms of secondary problems are mistaken as primary dysmenorrhoea. Oral contraceptives, also known as birth control pills, can also help decrease the negative effects of menstrual pain. For this reason, some doctors will prescribe estrogen hormonal birth control or an oral contraceptive pill for women who aren’t planning on getting pregnant any time soon but are looking for relief from primary dysmenorrhoea. That being said, contraception drugs may not be a good choice for those experiencing uterine contractions and premenstrual syndrome (PMS) if they don’t want some of the other side effects that come from contraception.

Treating secondary dysmenorrhea or severe dysmenorrhea may require a physical examination of the vagina, pelvic cavity, fallopian tubes, and the abdomen in order to properly diagnose the problem. A pelvic exam allows doctors to examine the cervix, uterus, and vagina. That being said, a pelvic examination may not always give a health care provider a full picture of what’s causing someone’s painful period or pelvic pain. In some situations, pelvic ultrasonography technology may be used. Pelvic ultrasonography utilizes ultrasound to take detailed images of organs using high-frequency sound waves. This technology will sometimes be used during an abnormal pregnancy, too, but can also find problems with the fallopian tubes, ovaries, bladder, cervix, uterus, and vagina. A health care provider can then use this information to diagnose issues with endometrium and the lining of the uterus, uterine fibroids, ovarian cysts, or other issues in the lower abdomen. A laparoscopy may also be ordered to better understand what the patient is facing. After a systematic review, there may be situations when NSAID (nonsteroidal anti-inflammatory drugs) such as ibuprofen or other medication isn’t enough to combat the pain or problems. After a systematic review, a health care provider may determine that a hysterectomy is necessary in order to address issues with endometriosis and the lining of the uterus. During a hysterectomy, the uterus is completely removed from the body, eliminating the need for ovulation altogether. In some situations, a woman will have one ovary (or both) removed during this procedure as well. Although serious, this treatment usually can combat even the most intense cases of endometriosis. 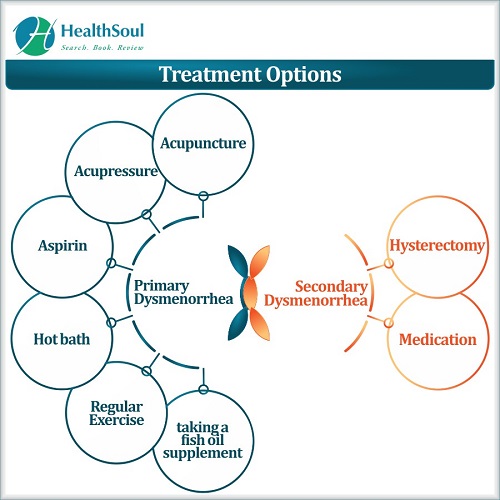