With a population of just over 46.1 million in 2015, Spain ranks 29th in the world by population and 53rd by total area. The official language of Spain is Spanish. The currency is the euro.

Spain has over 300 acute care (provincial and general) public hospitals and nearly 500 private (non-profit and for-profit) hospitals. The public hospitals are much larger (over 106,000 beds) and deal with many more patients than the private hospitals (about 53,000 beds), but all are modern and well-equipped. Public and private non-profit facilities are managed and regulated by the health departments of the Autonomous Communities (ACs). Private for-profit facilities must fund themselves unless they are under contract with an AC.

Nearly 3,000 health centers and 10,000 local clinics provide family and general practitioner care, nursing and pediatrics, social workers, and physiotherapists.  These are located throughout the country, usually within 15 minutes of most citizens. Some hospitals and healthcare centers provide both public and contracted private services. There are also private clinics, used by about 10% of the population. 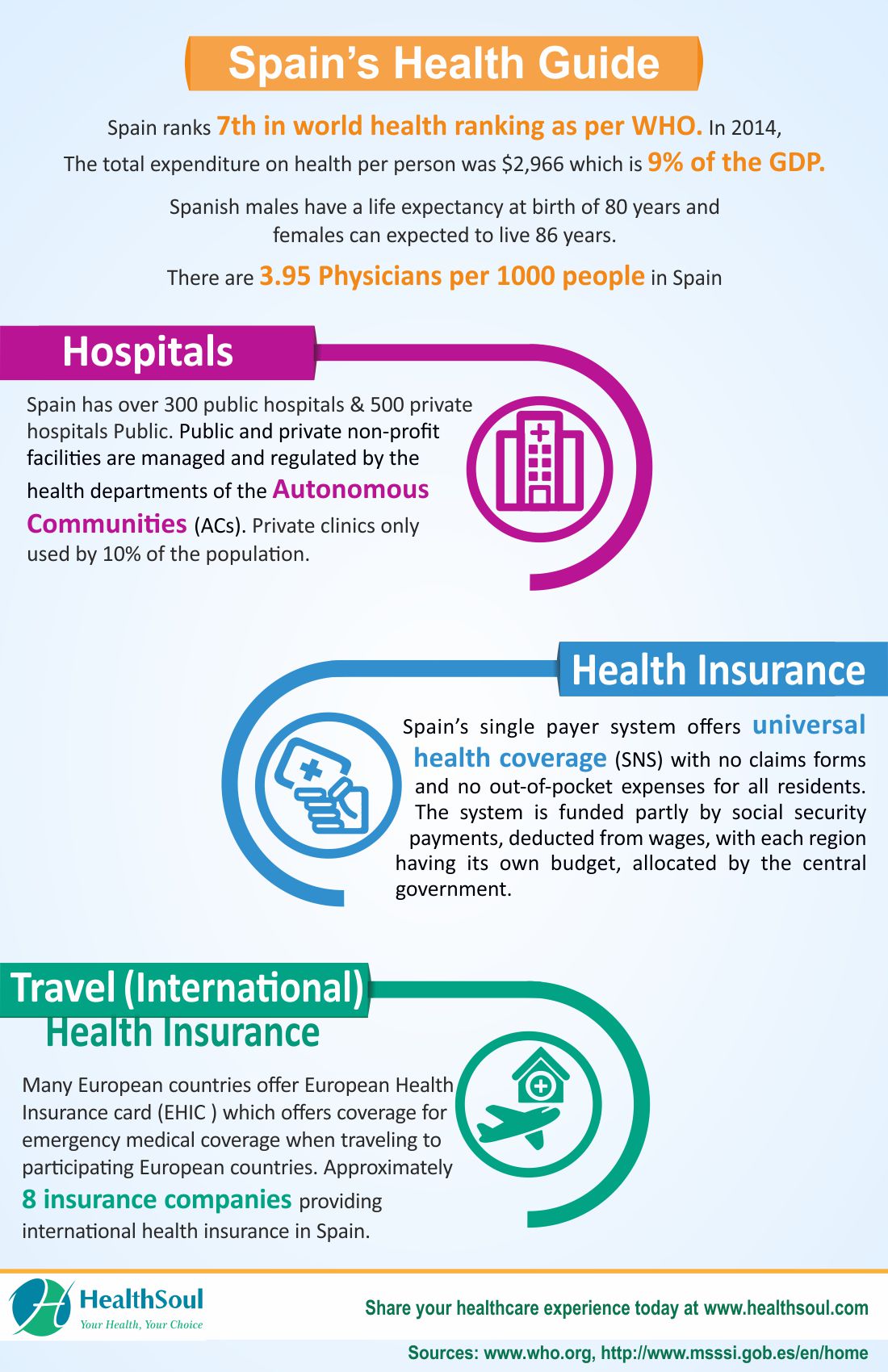 Spain’s single payer system offers universal health coverage (SNS) with no claims forms and no out-of-pocket expenses (except for prescription drugs) for all residents, even undocumented immigrants. The downside is having a long wait to see specialists and to have certain procedures. The system is funded partly by social security payments, deducted from wages, with each region having its own budget, allocated by the central government.

Civil servants can choose to opt out of SNS and have only private insurance. For all other citizens, private insurance is complementary, providing faster treatment for non-emergency procedures, access to services (such as adult dental care) not fully covered under SNS, and luxury services such as private rooms, emails, and express mailing of test results.