With a population of just over 257.5 million in 2015, Indonesia ranks 4th in the world by population and 17th by total area. The official language of Indonesia is Indonesian. The currency is the Indonesian rupiah.

Indonesia ranks 92nd in world health ranking per WHO. In 2014, the total expenditure on health per person was $299, which is 2.9% of the GDP. Indonesian males have a life expectancy at birth of 67 years, and females can expect to live 71 years. There are .2 physicians per 1,000 people in Indonesia as compared with 2.56 physicians per 1,000 people in the United States.

Indonesia has over 2,400 hospitals, about 1/3 public (funded and managed by the government) and 2/3 private. Most facilities are located in urban areas, especially Jakarta, making it difficult for citizens in remote areas or islands to access healthcare. Public facilities are overcrowded and patients experience long waits. Foreign investment in recent years has created growth in the number of private hospitals, most of which are for-profit and much more expensive.

In addition, 9,700 health community centers provide comprehensive healthcare and vaccinations at the village level. The government has been upgrading some of these facilities to provide in-patient care (hoping to lessen the overcrowding at hospitals). 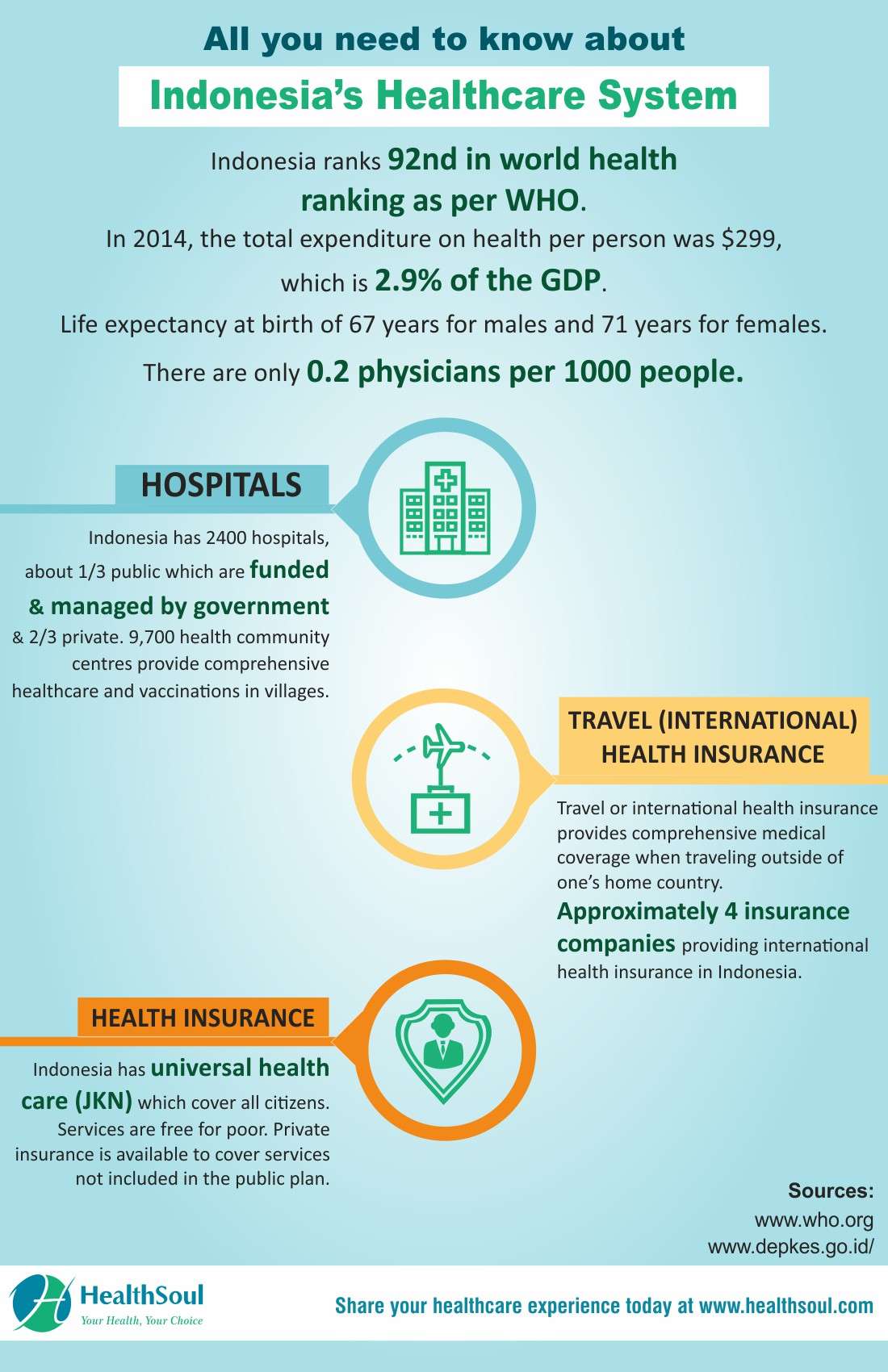 Indonesia began implementation of universal healthcare (JKN) in 2014, with an aim at coverage for all citizens by 2019. The system is funded by 5% salary contributions (1% by employees and 4% by employers) and fixed premiums by self-employed and informal workers (amounts vary depending on tier/level of care desired). Services are free for the poor. Private insurance is available to cover services not included in the public plan.