With a population of just under 36 million in 2015, Canada is the 38th largest country in the world by population and fifth by total area. The national languages of Canada are French and English. The currency is Canadian dollar.

At the end of 2014, Canada had 1,461 hospitals, mostly non-profit. They are usually managed by hospital boards based in the community or other local authorities. In some provinces, the majority of hospitals are public; in other provinces, the majority are private. There are also some for-profit private clinics for diagnosis and surgical procedures. 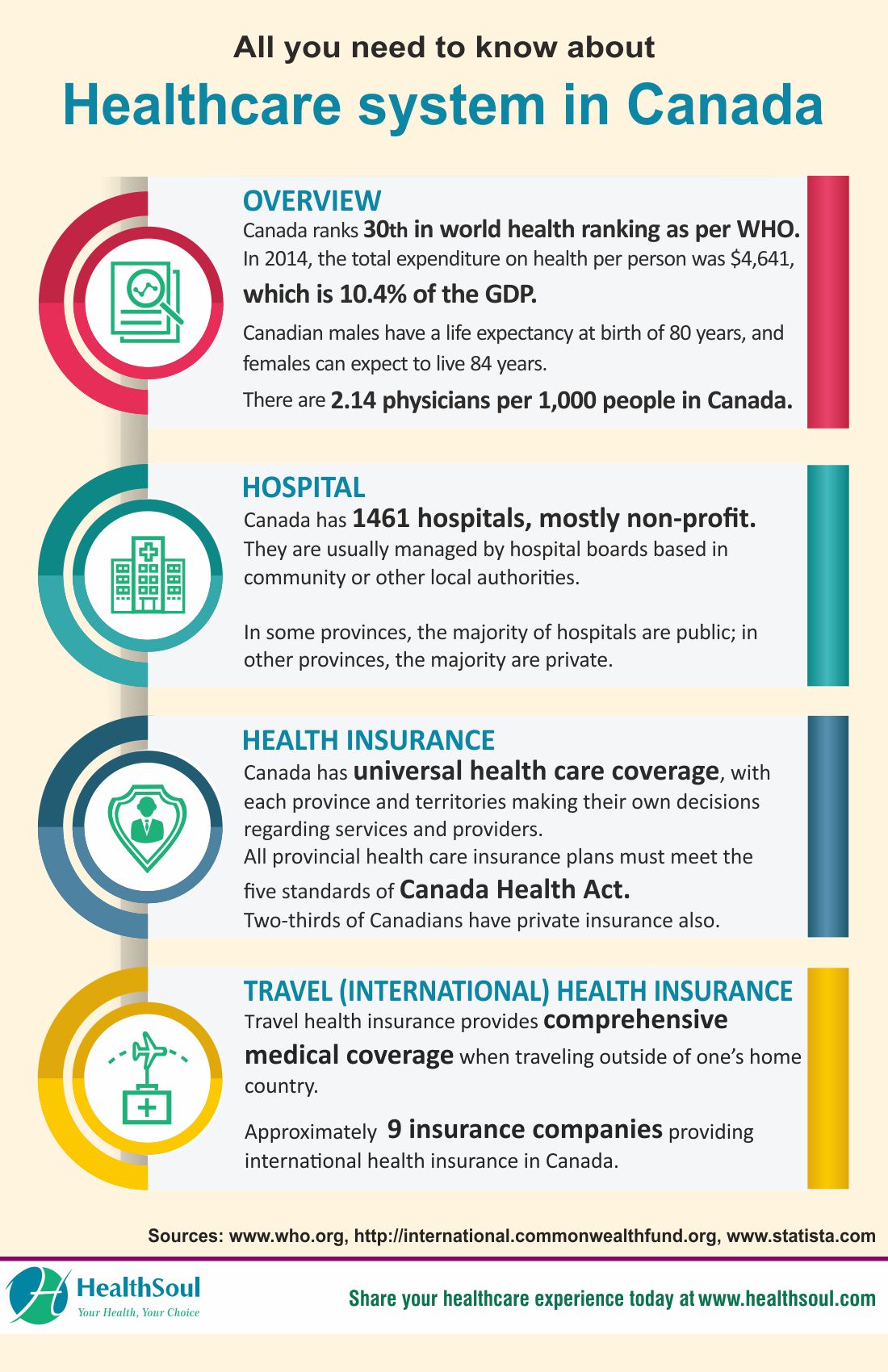 Canada has universal health care coverage, with each province and territory making their own decisions regarding services and providers. However, all provincial health care insurance plans must meet the five standards of the Canada Health Act.

Over 90% of health care spending is covered by the provinces and territories, with contributions from the federal government on a per capita basis. To qualify for these contributions provincial and territorial insurance must include public health (physician, diagnostic, and hospital) and prevention services, including immunizations. There are also varying degrees (per province or territory) for coverage of outpatient prescription drugs, non physician mental health, vision, dental, home health, and hospice care. There is no cost to the patient for these covered services, and there is a negotiated limit to what physicians may charge.

In addition to this universal pubic insurance, roughly two-thirds of Canadians have private health insurance, usually through their employer. This supplement covers exclusions such as private hospital rooms, prescription drugs, vision and dental care, and rehabilitation services. Our website has list of approximately 20 health insurance companies offering a variety of plans and options. Some basic considerations when buying health insurance include premiums (the monthly cost of insurance), deductibles (the total amount the individual must pay each year before the insurance company pays anything), co-payments (the amount the individual must pay for each service), and covered/non-covered services.