With a population of 70,000 in 2015, Andorra ranks 204th in the world by population and 200th by total area. The official language of Andorra is Catalan, with other recognized languages being Spanish, Portuguese, and French. The currency is the euro.

Andorra has only one hospital (200 beds), which is state-owned and managed by the National Health Service (SAAS). It is located in the capital city of Andorra la Vella, and is used by both public and private doctors. The private doctors can perform surgery and other treatments in exchange for being on-call for emergency procedures.

There are also 10 state funded health centers, a private geriatric center (50 beds), 54 pharmacies, and many doctors with private offices. 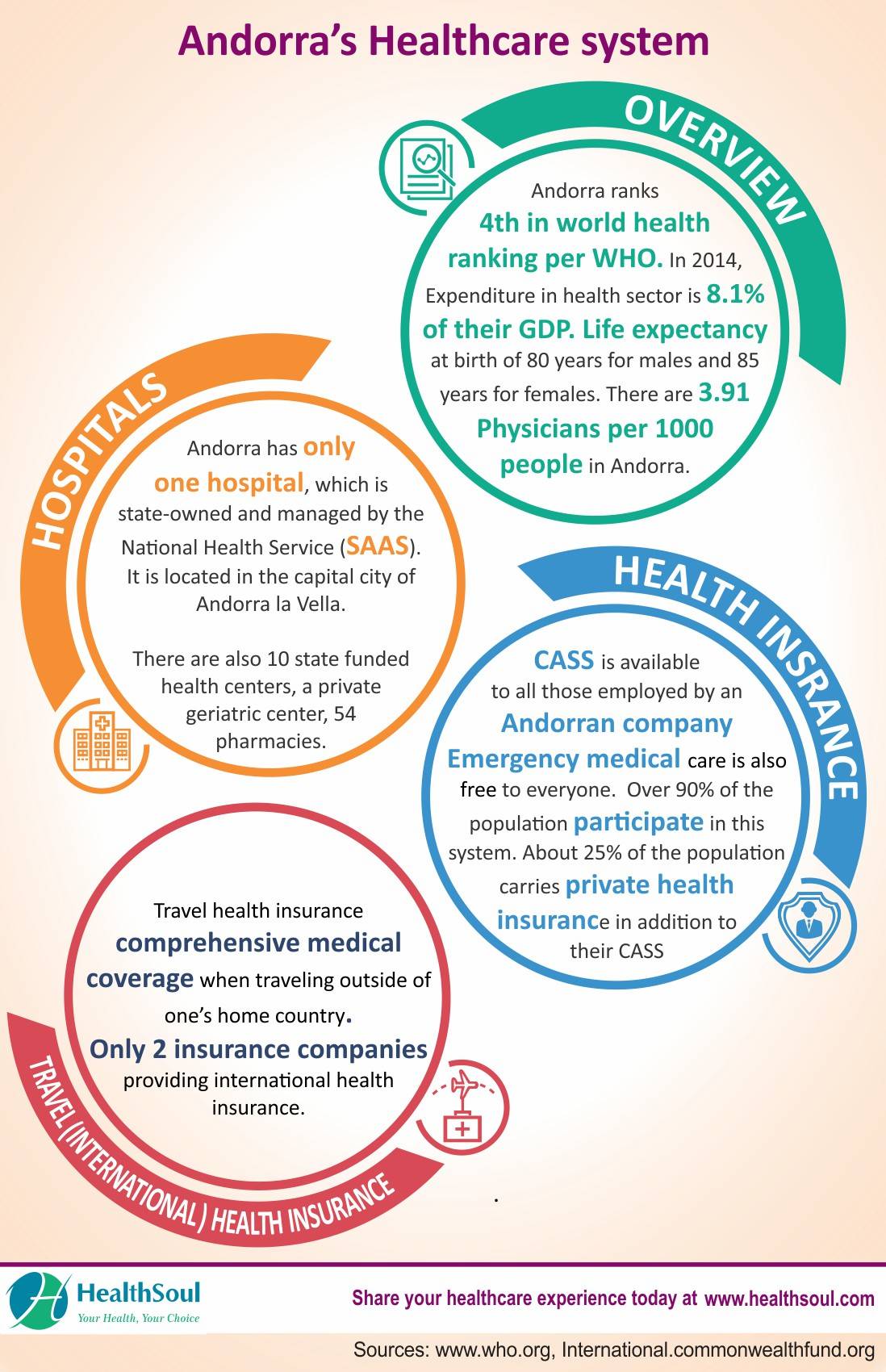 CASS is available to all those employed by an Andorran company. Depending on their salary, employees pay 6-9% of their wages and employers pay 13%.  Those who are unemployed and self-employed make voluntary contributions of 200-400 euros a month. Coverage includes routine dental care as well as 75% of outpatient expenses, 90% of hospital costs, and 100% of work related accidents. Emergency medical care is also free to everyone. Over 90% of the population participate in this system.

About 25% of the population carries private health insurance in addition to their CASS insurance.