Gout, also known as gouty arthritis, is a form of inflammatory arthritis affecting people who have high levels of uric acid in the blood. This uric acid can form needle-like crystals in a joint, causing acute tenderness, pain, redness, warmth, and swelling. Oftentimes, the joint at the base of the big toe is affected first. The global prevalence is about 0.08%. Four percent of adults in the U.S. are affected, and men experience gout at a rate three times that of women. 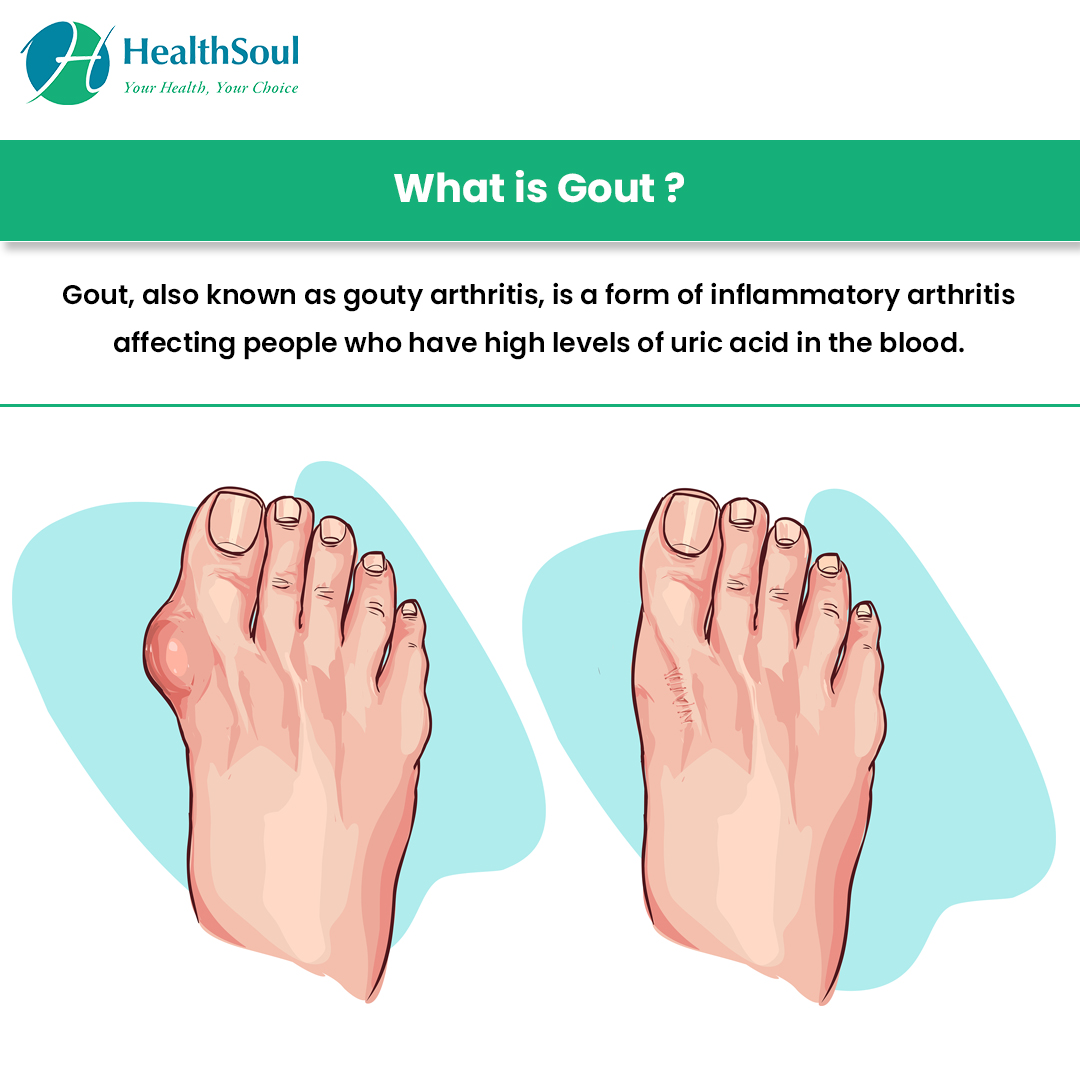 Gout is caused by an elevated level of uric acid in the body. Uric acid is produced when the body breaks down purines, which are found in many foods as well as in human cells. Under normal circumstances, blood carries uric acid to the kidneys, where it is eliminated in the urine. When the body produces too much uric acid and/or the kidneys can’t process a normal amount, the excess uric acid can form crystal structures in the joint. Gout can be triggered by a number of health-related issues, but often lifestyle factors play a key role.

The first symptom experienced is often acute pain and swelling in the big toe, usually occurring overnight and increasing in intensity over the course of the next day. Symptoms typically decrease within a few days and are completely gone in a week to ten days. Other lower joints of the body can also be affected. Symptoms progress in four stages: 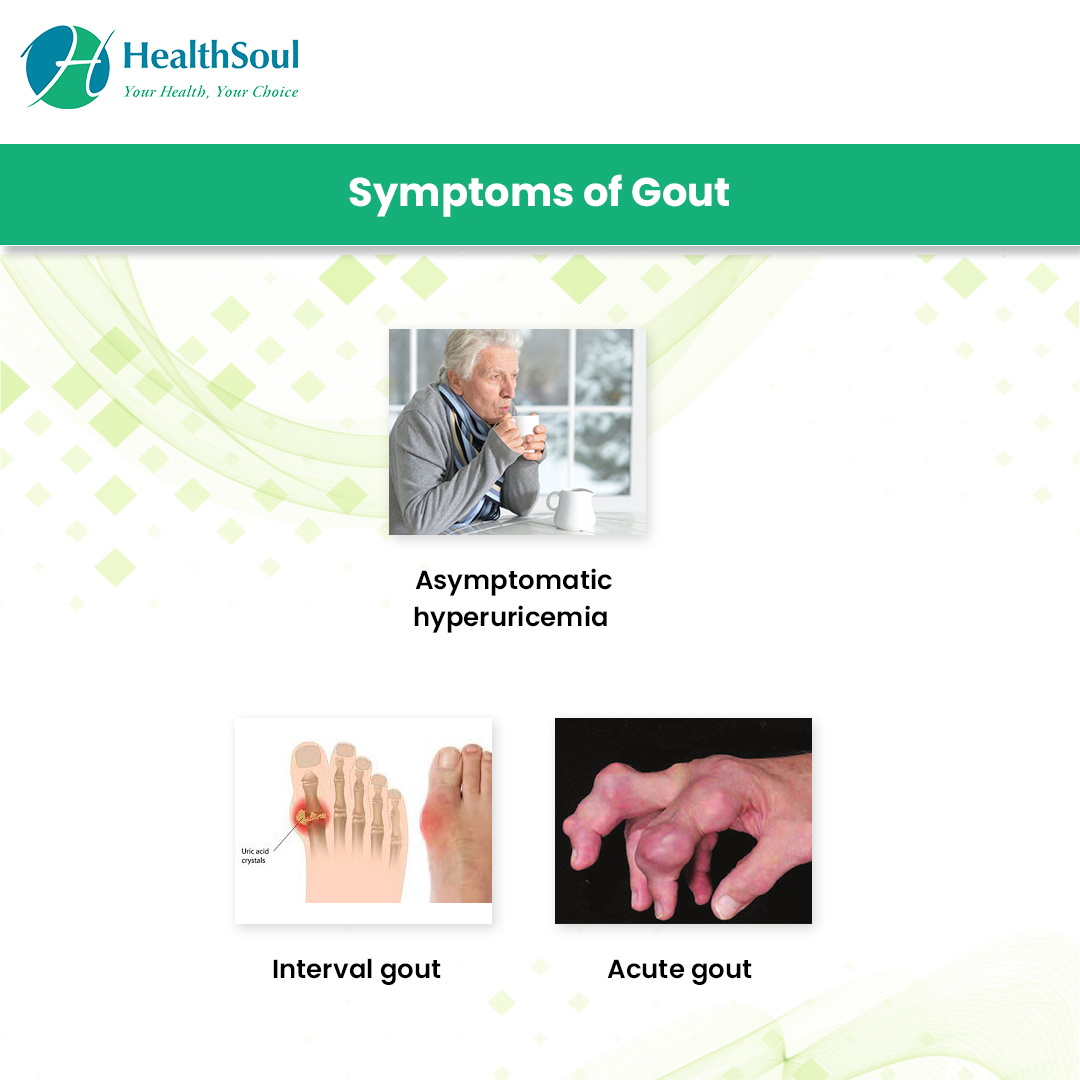 A diagnosis of gout begins with a review of the reported symptoms, family medical history, physical examination, blood test, and ruling out other causes. Bone and soft tissue are often examined using x-ray, MRI, CT scan, or ultrasound, but the surest diagnosis is made by extracting fluid from the joint and testing for uric acid crystals. 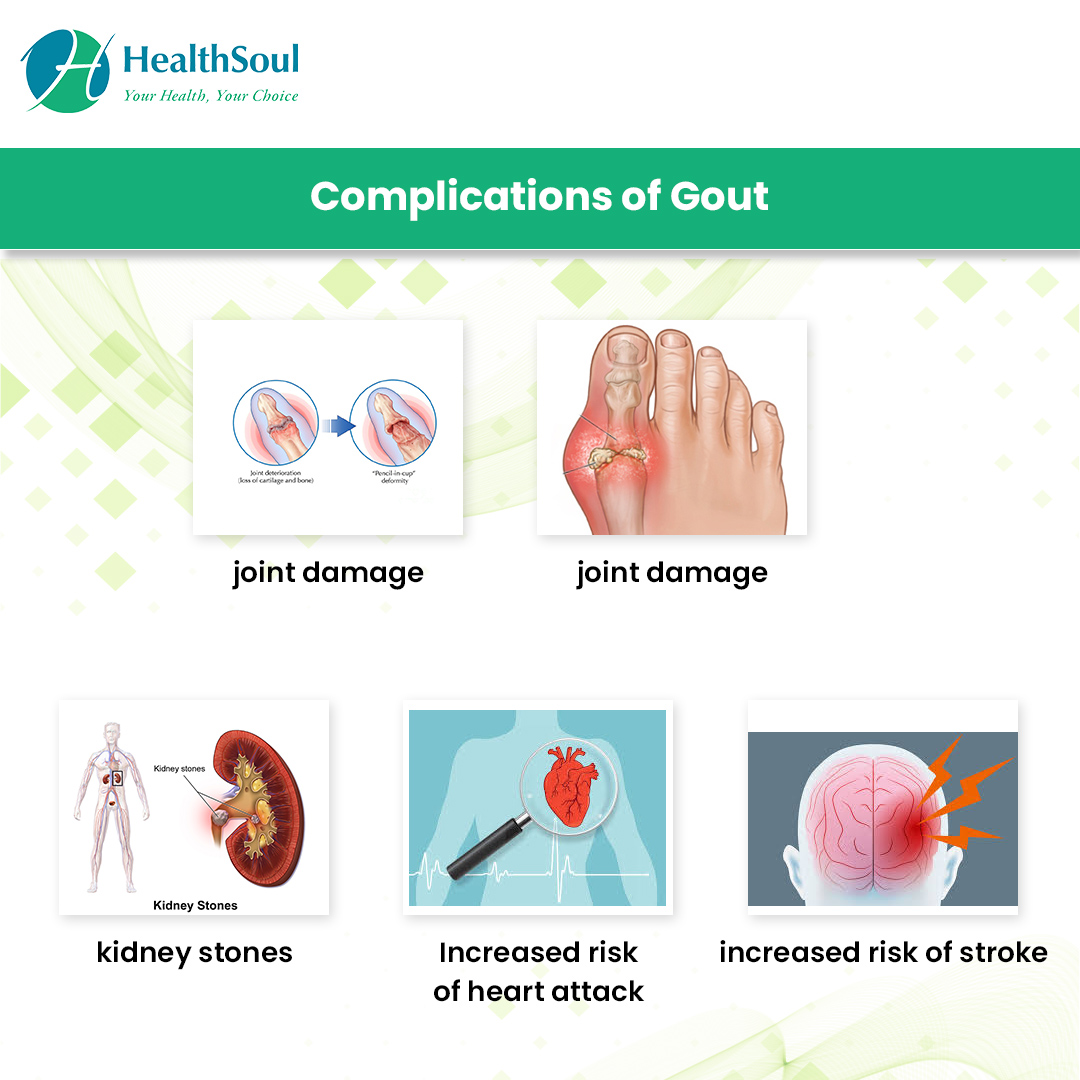 The successful treatment of gout involves both taking medications and making changes in one’s lifestyle.

With proper medication and lifestyle adjustments, most people can prevent gout from advancing to the chronic stage, coping with occasional symptoms, and leading relatively normal lives.