Esophagus is a muscular tube that carries food and liquid that you take from your mouth to the stomach. Esophagitis is a medical condition in which there is any inflammation or irritation of the esophagus. There are various causes which leads to this irritation such as acid from the stomach, infections, allergies and so on. The patient generally complaints of difficulty in swallowing, burning chest pain. The treatment focus on the management of the underlying cause. If not treated early, it can lead to medical emergency. It is commonly seen in adults and the most common type of esophagitis is associated with Gastroesophageal Reflux Disease(GERD).

Signs and Symptoms of Esophagitis

Reflux esophagitis: The irritant is stomach acid. Reflux is the term used when the acidic gastric content regurgitates into the esophagus. The reflux can also occur in normal people but persistent reflux causes harm to the tissue of the esophagus and this condition is known as gastroesophageal reflux disease

Infectious esophagitis: it is a relatively rare condition which is due to the infection of the tissue of esophagus by bacteria, virus or fungus. Condition causing impairment in the functioning of immune system such as HIV/AIDS, cancer, steroids use, diabetes or congenital defects in the immunity. A fungus known as Candida is the most common cause of infectious esophagitis

Medication induced esophagitis: Some oral medication act as an irritant to the lining of the esophagus if they remain there for a longer period of time then usual. This happens when you take the pill with very scanty or no water. Antibiotics, potassium chloride, alendronate, nonsteroidal anti-inflammatory drugs(NSAID), emperonium bromide and quinidine are the drugs associated for the 90% of the cases.

Eosinophilic esophagitis: eosinophils are White blood cells whose number is increased in allergic people. In this type of esophagitis there is high number of eosinophils in the esophagus, thought to be triggered by allergens. These cells release chemical which are known to cause inflammation. 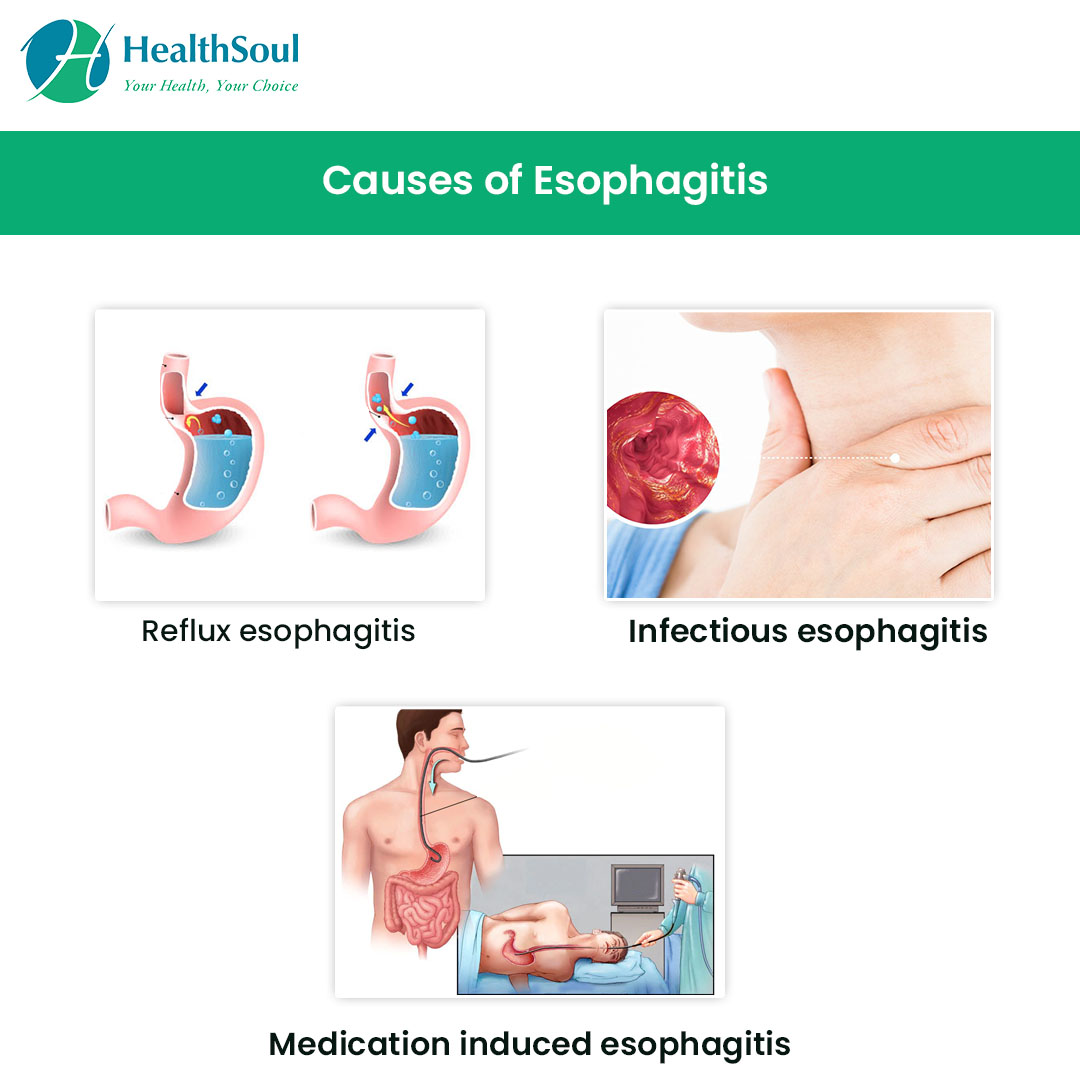 If the esophagitis is left untreated, the repeated inflammation is going to damage the structure of the esophagus and can lead to the following complications

There can be ulceration and it can lead to perforation which can cause mediastinitis. 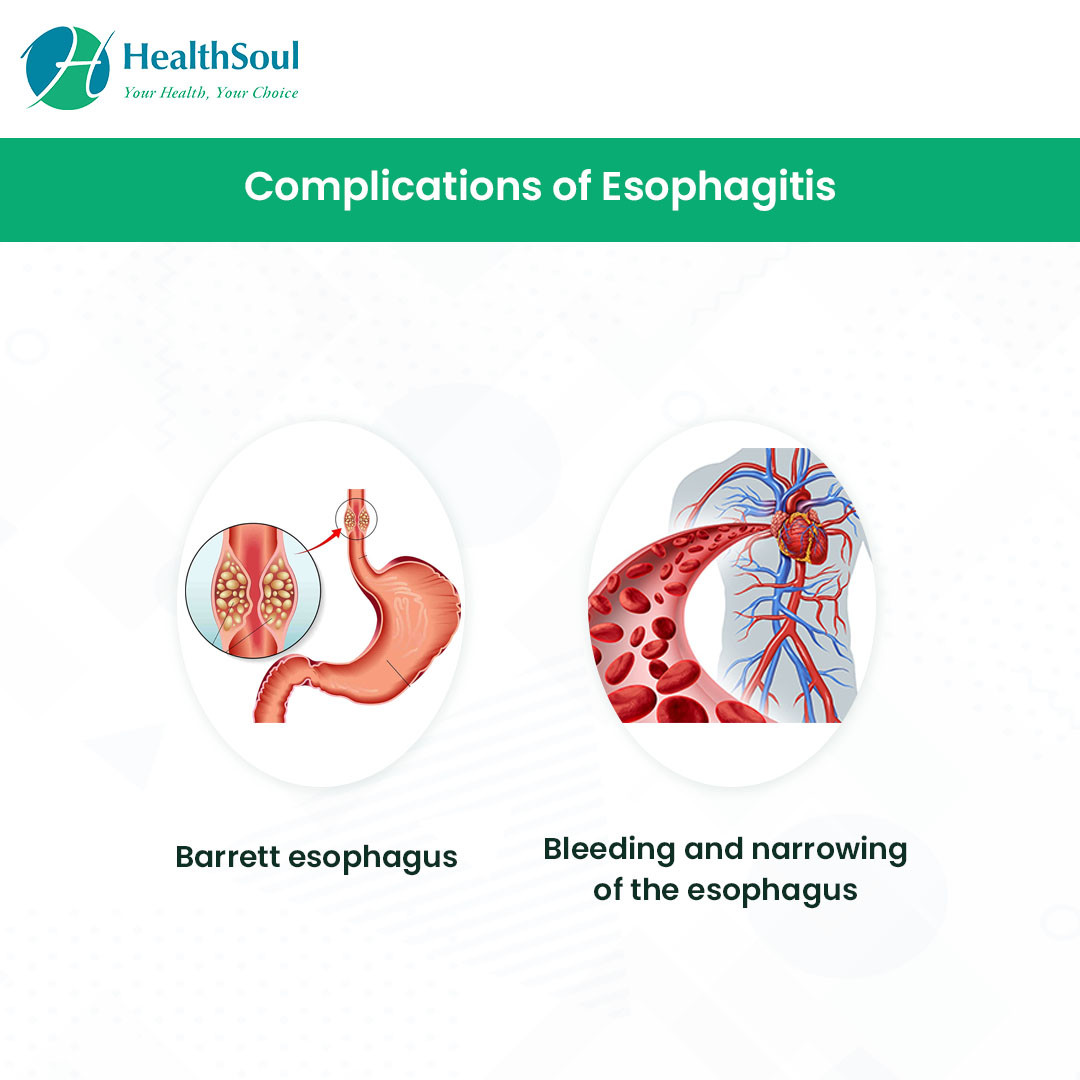 Your doctor will use your medical history, examine you physically and order some tests to make a diagnosis

Medical history: your doctor will ask you complete details

Physical examination: Your doctor will examine your body from head to toe looking for all the signs that are visible. Since there can be the numerous cause of the esophagitis, it is always advisable to perform some tests

Barium swallow: The patient is given a liquid to drink which contains barium compound that coats the lining of the digestive tract. The fluid is visible on the X- ray and therefore only that part of tract is visible where fluid is reached. It can be used to know the type and position of the defect.

Biopsy testing: The tissue sample which is collected in the biopsy can be used to 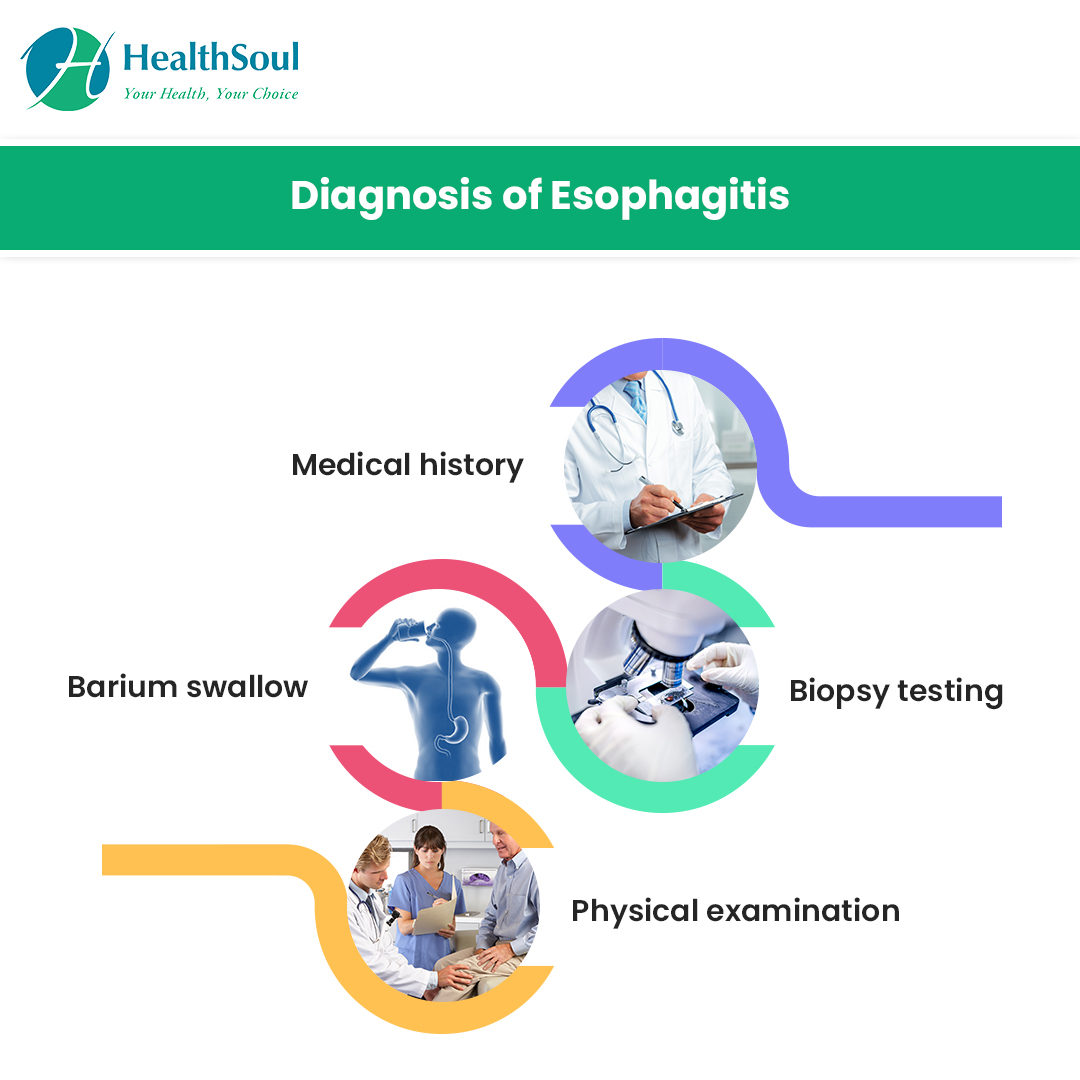 The management consists of reducing the symptoms, treating the underlying cause and thus preventing the complications.

If your doctor suspects some kind of food allergies, then identification of that food component followed by elimination from the diet is important.

If the current medications are the reason of the esophagitis then the patient is given alternate medicine or proper procedure to take the medication.

If left untreated then the esophagitis can become chronic and give rise to complications that are difficult to treat. Most people with early esophagitis get cured easily.