Endometrium is the inner tissue lining of the uterus. Uterus is the pear shaped hollow organ located in the pelvis of female. It helps in conceiving child. The cancer associated with the inner lining of the uterus is known as endometrial cancer. They are categorized under a broad term of uterine cancer which also includes other types of cancer associated with the uterus like uterine sarcoma. It is easily diagnosed as most of the times, female’s complaints of abnormal bleeding from vagina. Endometrial cancer is one of the most common genital cancer of the women.

About 2.8% of women of US will be diagnosed with this cancer at some point of their life. 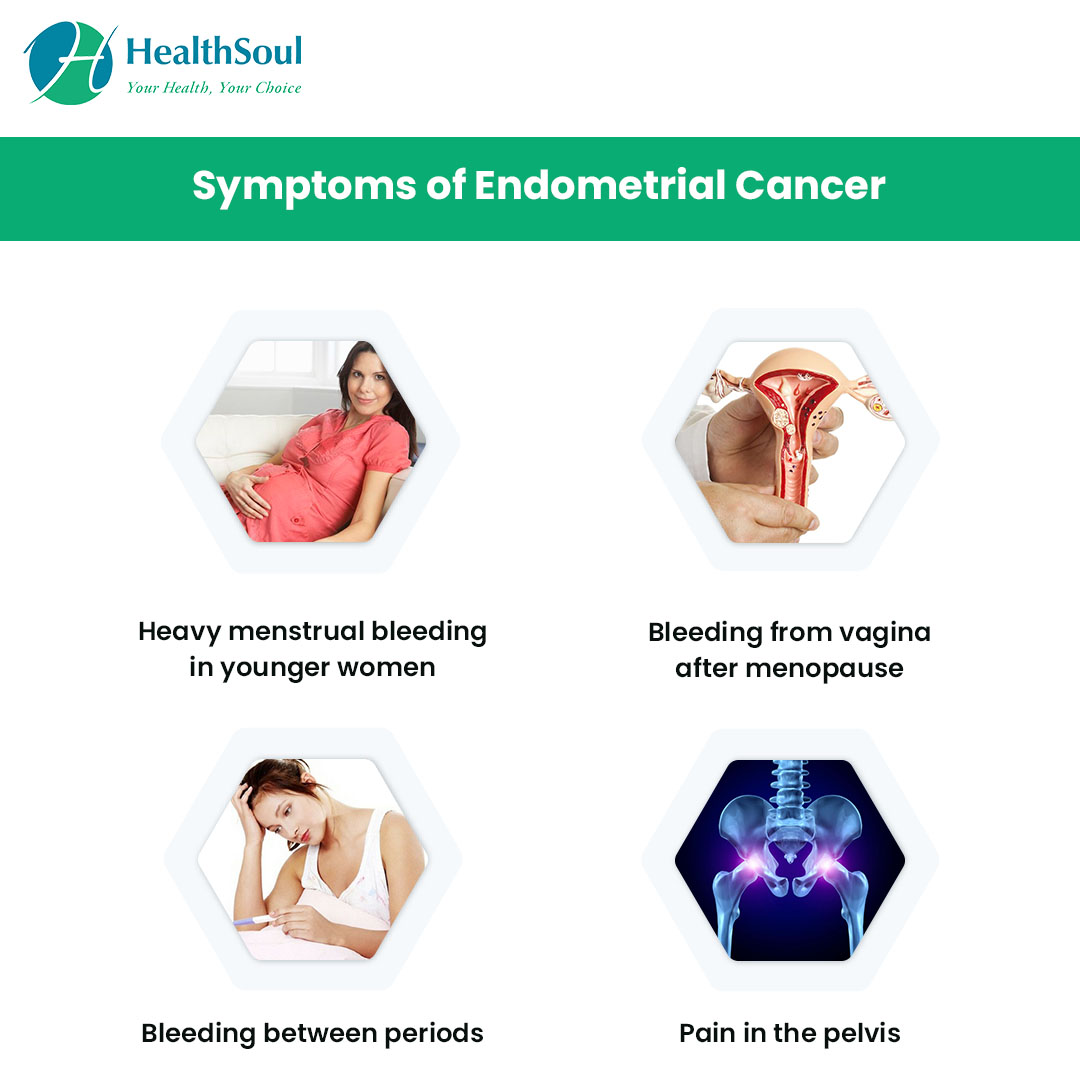 Cause of endometrial cancer is not known but the combination of multiple risk factors has been identified in the patients suffering from the endometrial cancer. The accumulating change in genetic constitution of the cells of uterus makes them capable of uncontrolled proliferation and this lead to cancer.

The factors which increases the chances of having endometrial cancer are

Abnormal hormonal balance: Estrogen and progesterone are the main female hormone produced by the ovaries of female body. Increased amount of estrogen due to any disease, condition or hormone replacement therapy relative to the levels of progesterone causes changes in the endometrium. These conditions include polycystic ovary syndrome, estrogen releasing tumor, obesity, only estrogen containing pills

Other body cancers: Women who are suffering from cancer in the other part of the body like breast, colon or ovary have an increased chanced of acquiring endometrial cancer later.

Early menstruation or late menopause: If a woman spends more years in her menstrual period then her endometrium would get more exposure to the estrogen and subsequently greater risk of having the endometrial cancer.

Obesity: more fat in the body alters the hormonal balance of the body producing more estrogen

Age: The older women are at more risk of having this type of cancer because they have attained the menopause and the estrogen concentration increases after menopause

Family history: The individuals with a family history of endometrial cancer have been identified at increased risk.

Your doctor will use your medical history, conduct a physical examination and order some tests to establish a diagnosis

Pelvic examination: The doctor will examine the pelvic area of female, first looking at the external genitals and then inserts two lubricated gloved fingers in the vagina and will press the abdomen simultaneously with the other hand. This is done to feel the uterus and ovaries.

Endometrial tissue sampling: here some tissue of the endometrium is taken to look for any abnormalities like cancer cells or presence of certain mutations. It can be taken by the following procedure

After diagnosis, growth and spread of cancer is assessed as it is associated with the different management and prognosis. 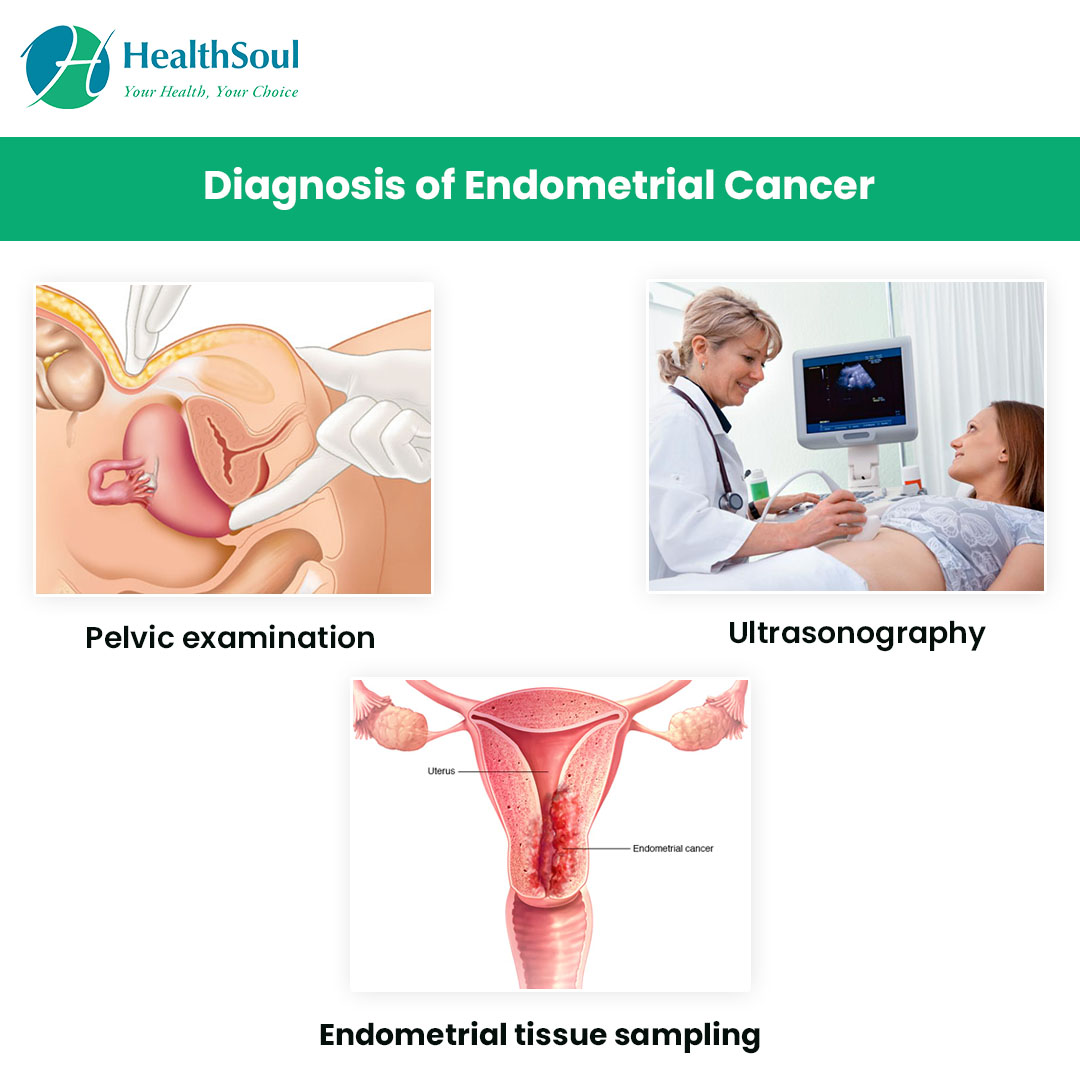 Surgery:  The uterus is removed from the body and sometimes along with the fallopian tubes and the ovaries. After removal of the uterus you can’t have baby.

Hormone therapy: The goal of this therapy is to reduce the level of estrogen hormone and to increase the hormone level of progesterone.

Chemotherapy: These drugs are chemical which can be used to kill the cancer cells.

The benefits and risk of each therapy should be discussed with your doctors. 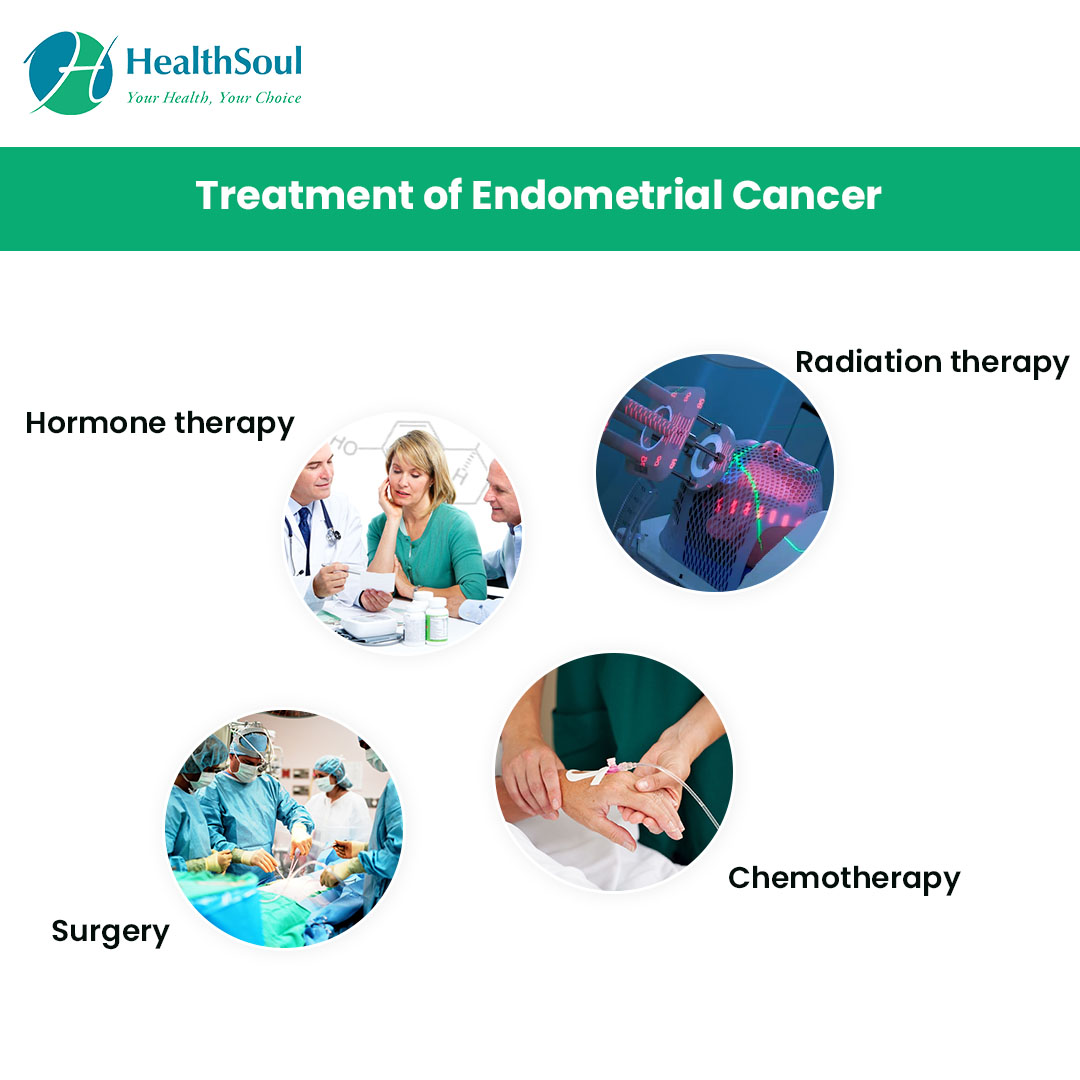 The outcome of the patient depends upon the stage of the cancer, treatment option and patient health. The 5-year survival rate for women goes on decreasing with the increasing stage of endometrial cancer. It is estimated that 11,350 deaths from this disease will occur this year