Early Introduction of Solids May Help with Better Infant Sleep

When to introduce solids for the infant is a million dollar question, most moms struggle with and is one of the questions that pediatricians stumble upon a lot as well! The World Health Organization and the American Academy of Pediatrics recommend exclusive breastfeeding for 6 months. The UK Department of Health (DOH) advises that infants be introduced to solids when they are ready and state that night time awakening is normal for infants and may not necessarily be indicative of hunger or a sign that solid foods should be introduced. In addition, the UK DOH recommended that additional milk feeds be given If infants are perceived to be hungrier at any time before age 6 months.

However, the actual proportion of mothers who report exclusive breastfeeding for entire 6 months duration is extremely low at around 1%. In the Infant Feeding Survey last undertaken in 2010, three-quarters of mothers (75%) reported introduction of solids by the time the baby was 5 months old with perceived inadequacy of milk as being sufficient for the baby being cited as the number one reason for introduction of solid feeds. One fourth of these mothers mentioned night time awakening of the babies was a motivation to begin introducing solids. So, the reality remains that despite the guidelines recommending late introduction of solids, a good percentage of mothers report resorting to early introduction of solids.

A group of north american investigators recently published in JAMA PEDIATRICS a secondary analysis of the data from the Infant Feeding Survey providing some key insights into the question. The Enquiring About Tolerance study was a randomized clinical trial on over 1300 exclusively breastfed 3-month-old infants in England and Wales. The infants were divided into 2 groups: early introduction group (EIG) had nonallergenic and allergenic foods introduced while the infants continued to breastfeed. The second group, the standard introduction group (SIG) followed the British/American infant feeding guidelines (ie, exclusive breastfeeding till 6 months age and avoided any food consumption during this period) 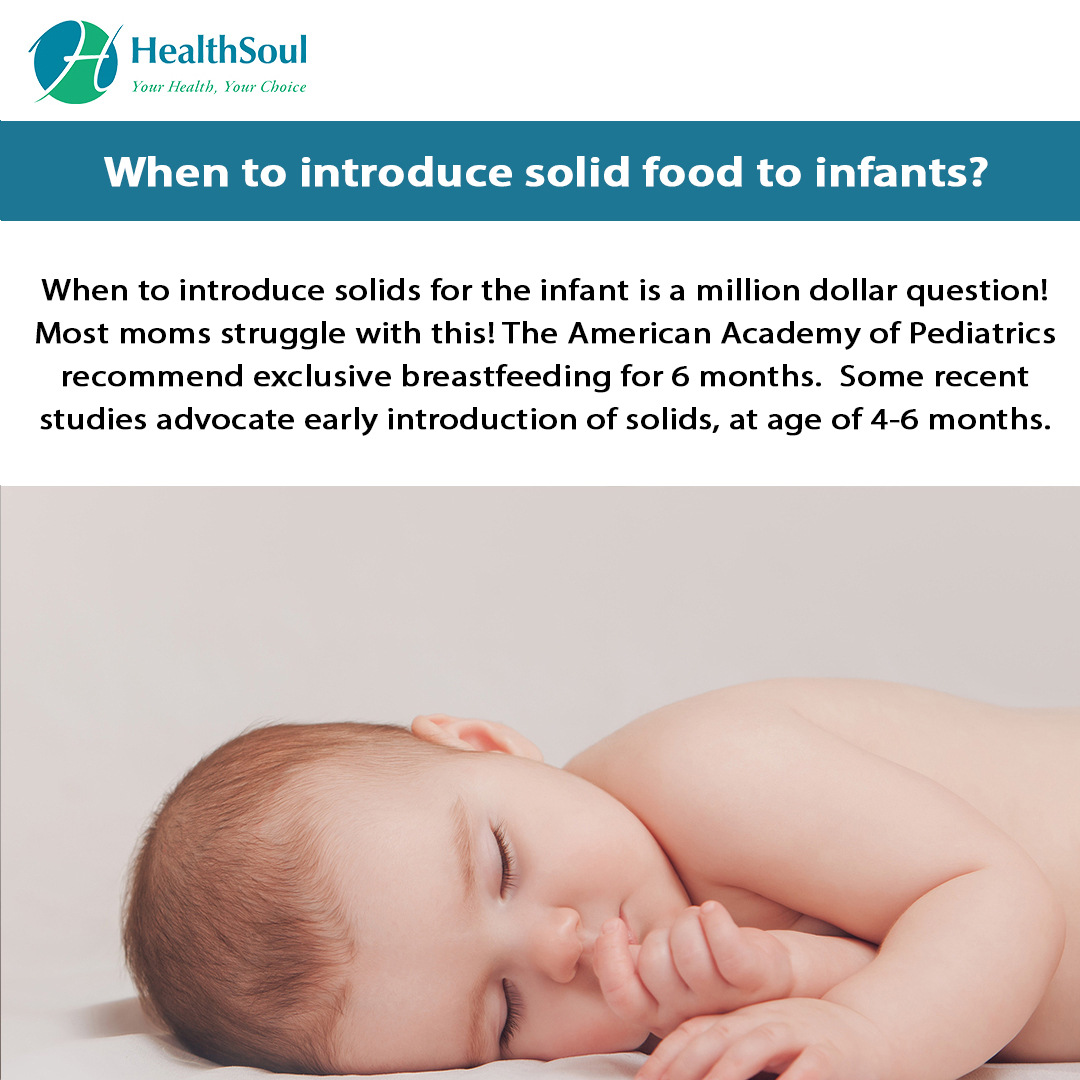 This is the first ever study in a randomized clinical trial setting that shows results consistent with the wide parental belief that early introduction of solids has a small but significant beneficial effect on sleep characteristics. There are some recent guidelines advocating introducing solids from age 4 to 6 months in infants. This study suggests improved sleep may be a concomitant benefit of early introduction of feeds.