Does the Use of e-Cigarettes Contribute to Smoking Cessation?

Despite the well-documented health problems associated with smoking, millions still choose to embrace the habit. Even those who desire to quit find distancing themselves from the habit extremely challenging due to its addictive nature.

Many methods have been developed throughout the years in an attempt to aid people in their quest to quit smoking, all with varying degrees of success. To this day, new strategies are being implemented and tested.

Individual counseling has proven to be a relatively successful technique for encouraging smoking cessation. It has been theorized that the use of electronic cigarettes (e-cigarettes), especially in conjunction with individual counseling, may be effective in aiding cessation, as well. To test this controversial idea, researchers conducted a randomized clinical trial. 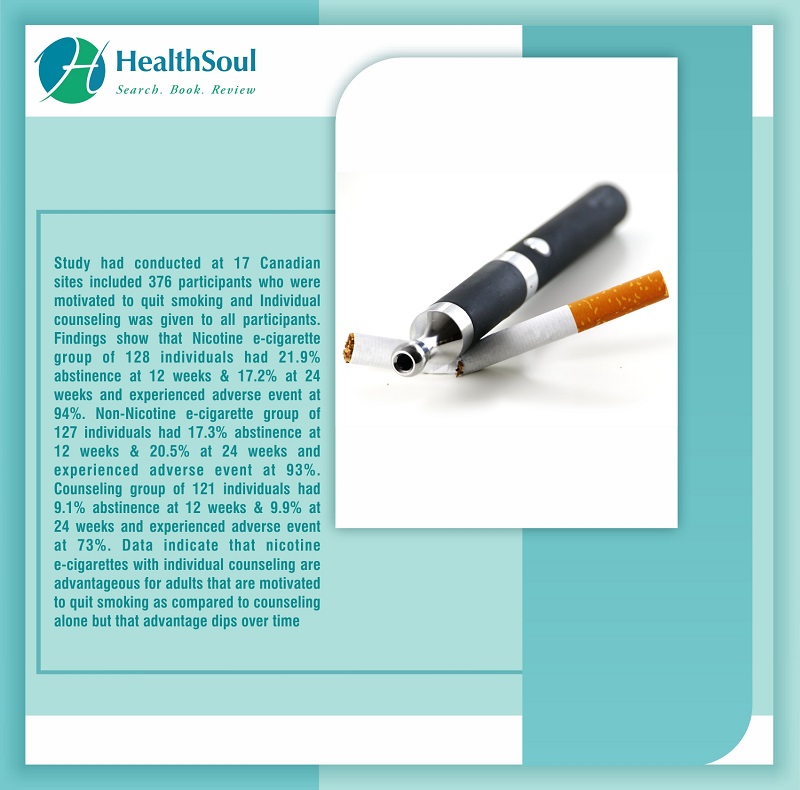 376 participants were included in this study, all of whom were motivated to quit smoking. The trial took place at 17 Canadian sites between November 2016 and September 2019. Outcomes were reported through March of 2020.

While at face value the data seems to indicate that nicotine e-cigarettes with individual counseling are advantageous for adults that are motivated to quit smoking when compared to counseling alone, that advantage dips over time.

Because this trial was terminated early, and the findings were inconsistent, especially between nicotine and non-nicotine e-cigarettes, more research is needed to truly determine the potential value of incorporating e-cigarette use into a treatment plan that includes counseling.