Dermatomyositis is an inflammatory muscle disease distinguished by its involvement with the skin. It is a rare autoimmune disease that normally progresses slowly, but it can progress rather quickly in some circumstances. It affects children and adults, girls, more often than boys. 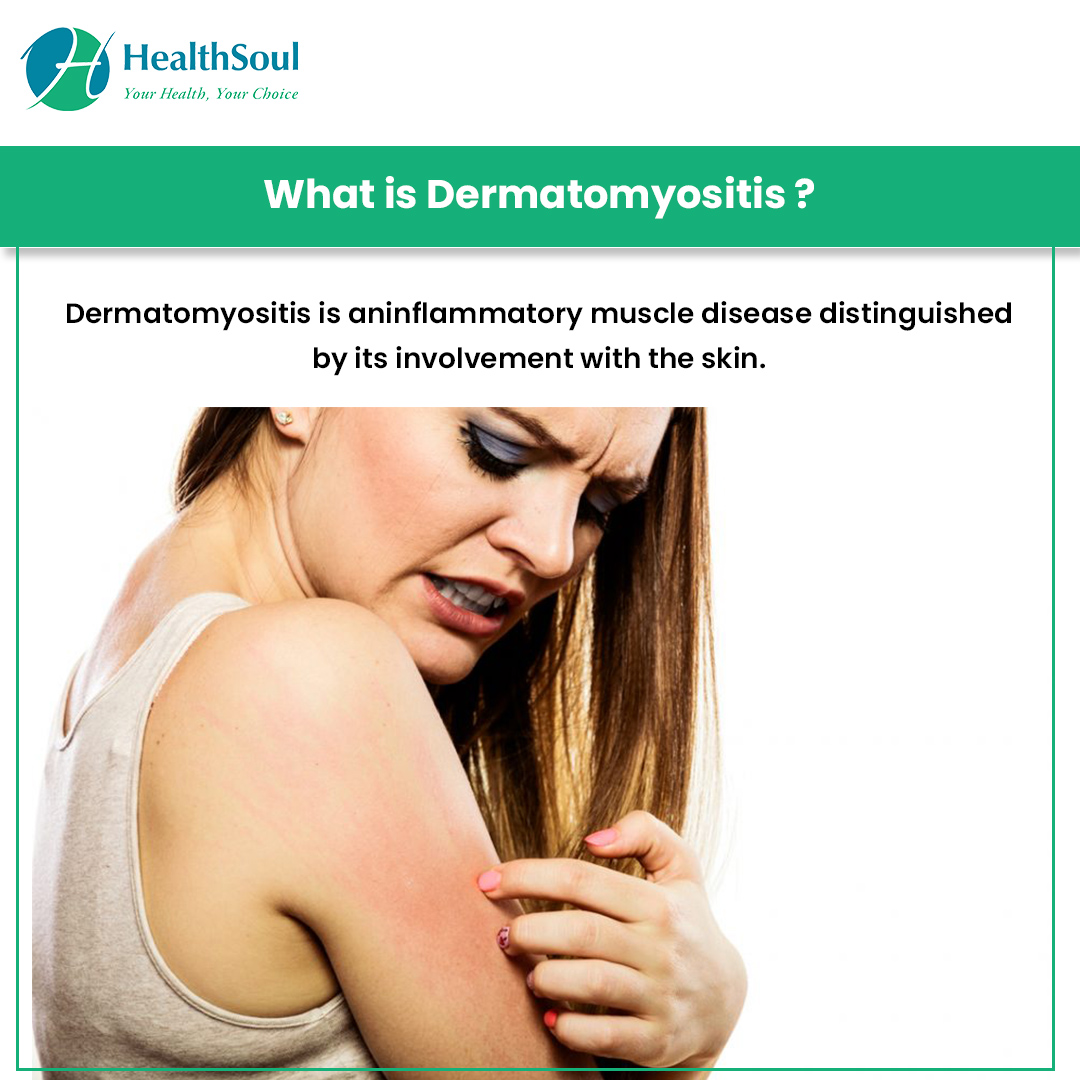 Dermatomyositis has no clear cause and is not fully understood. The signature skin rash is caused by inflammation of the small blood vessels just below the surface of the skin that feed muscles and skin. It usually starts in 30-40 years of age and is more common in women as compared to men (2:1 ratio).

While not a genetic disorder, the incidence may be affected by genetic factors.  It is more common in the African population as compared to Caucasians.

Myositis is inflammation of muscles leading to muscle weakness. Distinctive skin involvement is the hallmark of dermatomyositis: 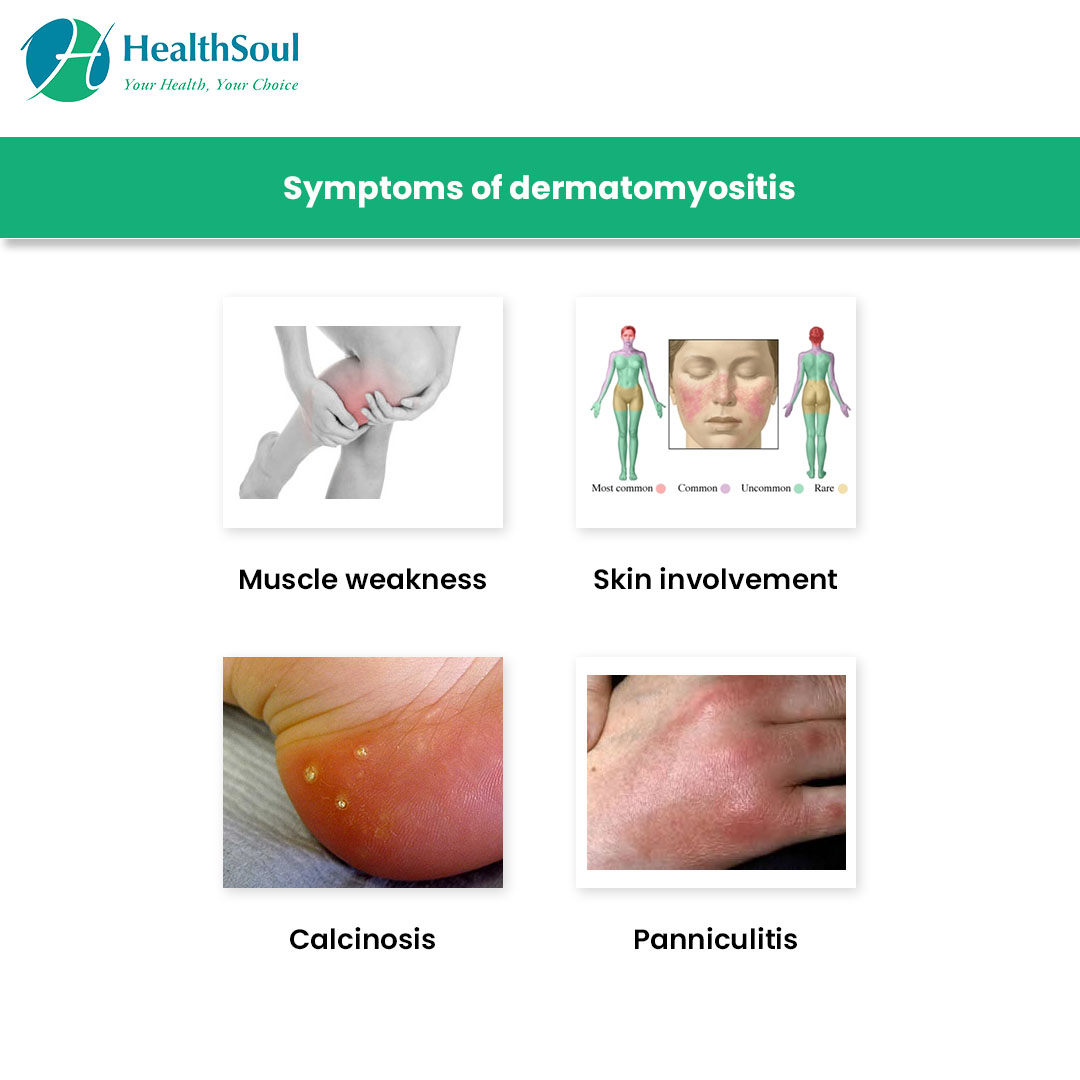 A diagnosis of Dermatomyositis is made based on a review of the reported symptoms, family medical history, a physical examination, and most often lab tests and a muscle biopsy.

Research suggests that it’s not actually the muscle that is the focus of the autoimmune response, but the blood vessels in the muscle. They become inflamed and constricted and can damage not only muscles but other organs of the body.

Heart: There can be inflammation of the heart muscle leading to myocarditis and congestive heart failure.

Cancer: There is an increased risk of lung cancer, breast cancer, ovarian cancer or colon cancer.

Esophagus: There can be increased acid reflux or problems with swallowing due to the involvement of esophageal muscles.

Dermatomyositis can also increase the risk of development of other rheumatologic conditions like rheumatoid arthritis, scleroderma, Raynaud’s phenomenon, lupus, etc.

Dermatomyositis is an extremely treatable disease, normally with drugs that suppress the immune system. Patients are also encouraged to use sunscreen and protective clothing when exposed to the sun to reduce the discomfort associated with the skin rash. 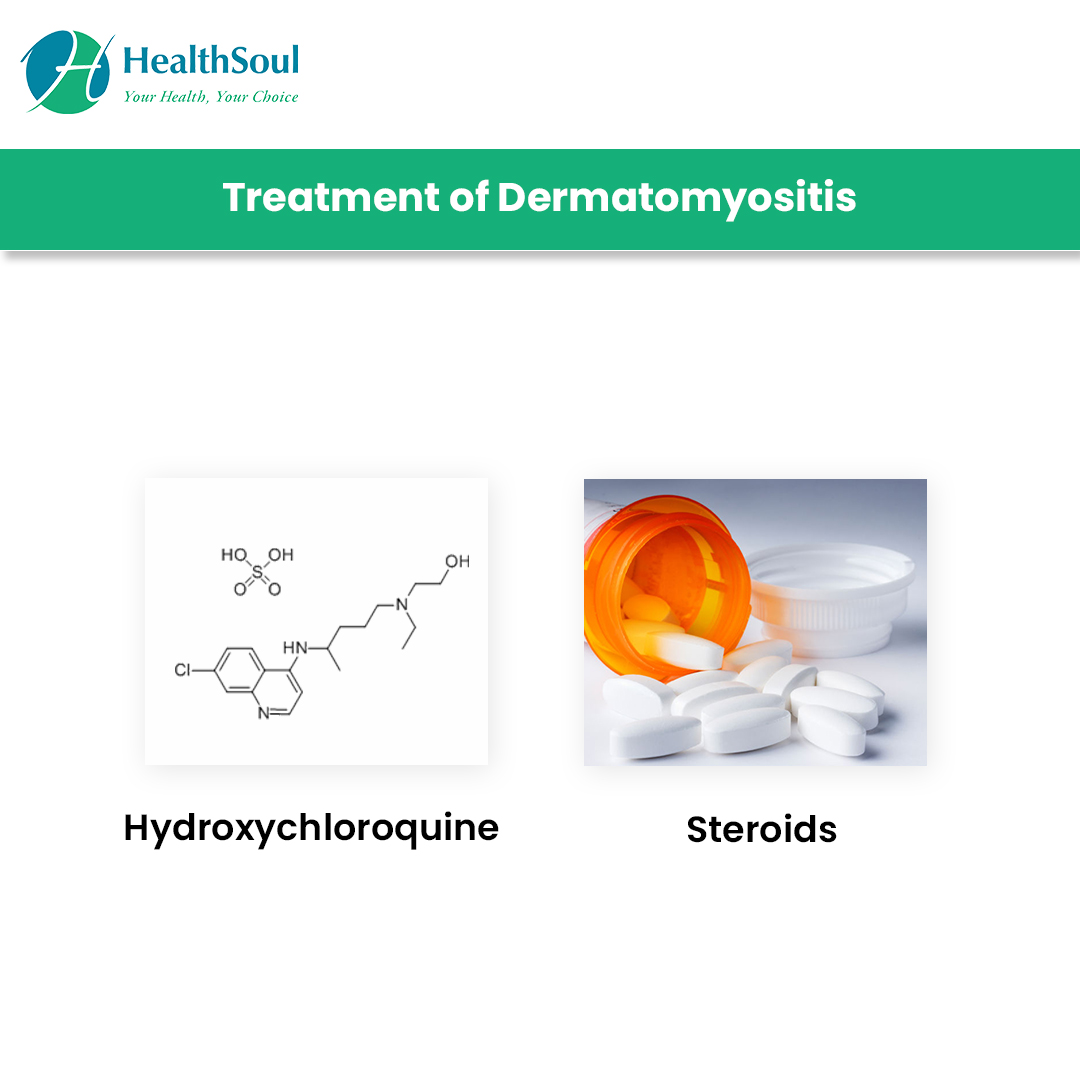