It’s no secret that many big cities have been hit hard by COVID-19, perhaps none as hard as New York City. The prevalence of the virus in New York has led to significant concern over the health and safety of the general population, at-risk individuals, and healthcare professionals.

Because healthcare personnel have such a high risk of exposure to COVID-19, the concern regarding their health, the health of those they interact with regularly, and the health of their non-COVID-19 patients is prevalent and real.

To gain a more accurate understanding of the reality of this risk, the largest health system in New York State, Northwell Health System, decided to offer voluntary antibody testing for healthcare personnel. Through this testing, a clearer picture of the prevalence of COVID-19 antibodies in the healthcare personnel population was created. 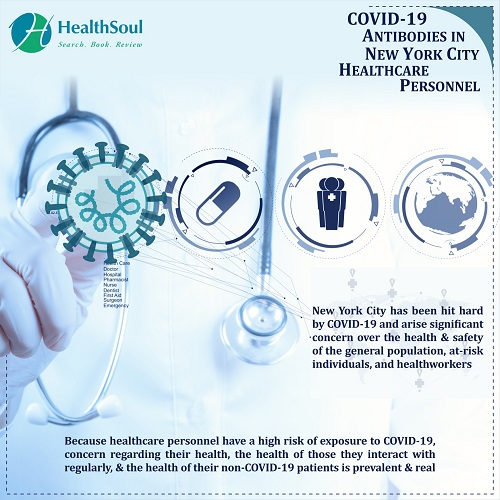 Starting March 7, 2020, employees of Northwell Health Systems were offered COVID-19 testing if they had reason to believe they had been exposed to the virus or showed symptoms. Then, from April 20 to June 23, 2020, this testing was expanded to include any employees, regardless of symptoms, who volunteered to be tested.

Of the over 70,000 employees invited to participate, 56% voluntarily included themselves in the study. Some of the most notable demographic factors of participants included a median age of 42, nearly 75% female, and nearly 20% more nurses than physicians. 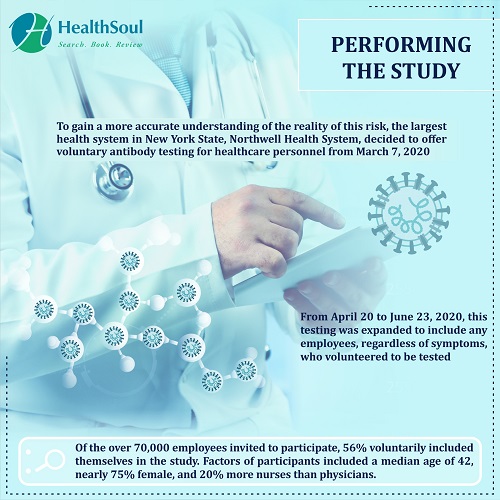 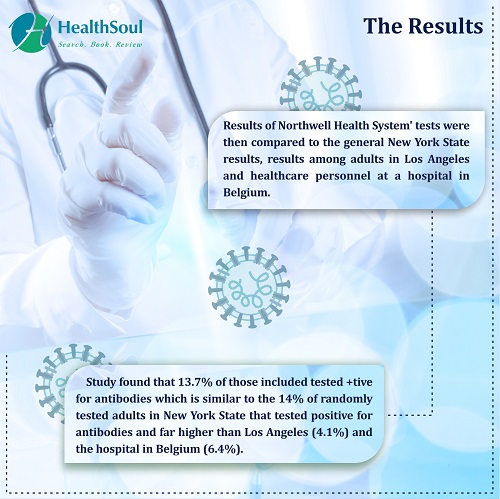 While the results of the study did provide some insight into the prevalence of antibodies in healthcare professionals in the New York City area, the research was hindered by both the lack of participation (56% of healthcare personnel) and the regional limitations imposed on it (New York City area). There are also questions regarding the timing of the testing and the reliability of said tests.

However, the data gathered and insights made are important, as helping healthcare personnel protect those around them, including their patients, colleagues, and families, as well as themselves, is key. So, too, is the connection between the suspicion of exposure and the positive nature of antibody tests, as it establishes personnel-reported exposure as a valuable testing asset.