Coronavirus vs Influenza: Impacts, Differences, and What You Need to Know

It’s no secret that most of the world’s attention has been cast in the direction of the COVID-19 pandemic that’s currently plaguing countries spanning the globe. Naturally, with rising infection rates, hospitalizations, and even deaths, the coronavirus is on everyone’s minds. That being said, the chaos the coronavirus is causing is actually overshadowing something else incredibly serious—this year’s influenza effects on the United States.

In other words, the US is experiencing a relatively severe influenza season that’s resulted in thousands of deaths. According to the JAMA Network, over 16,000 deaths were reported in the United States as a result of influenza.

While the COVID-19 pandemic should not be overlooked, it’s important to ensure we’re focusing on the facts about influenza in the United States as well. Continue reading to distinguish and differentiate between the two, understand their impacts, and learn the basics about the 2019-2020 influence season the United States is currently undergoing.

Coronavirus and Influenza: How the Two Compare 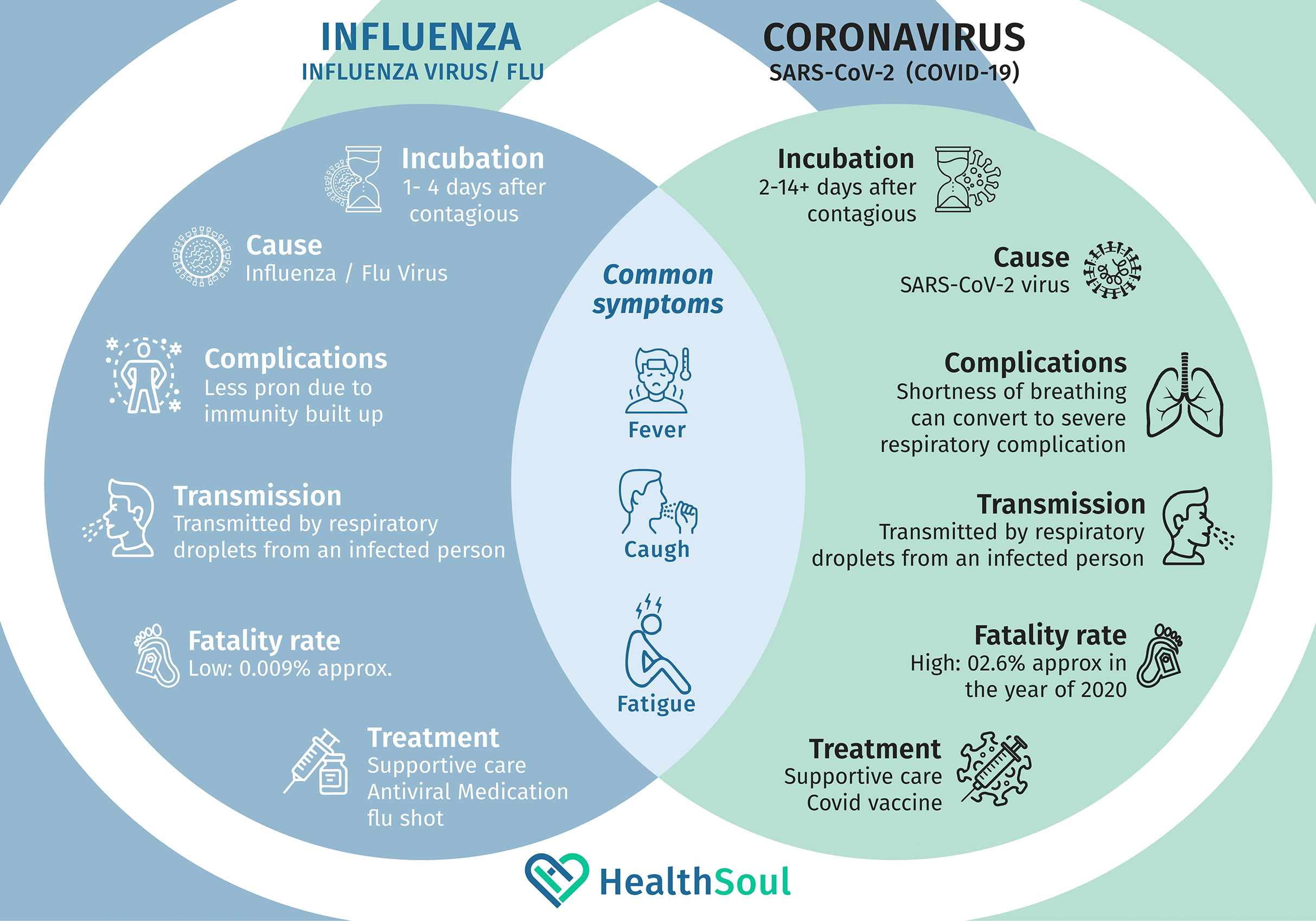 Again, the coronavirus is a pandemic that obviously merits attention. Still, the pandemic doesn’t change or alter the fact that the United States is currently undergoing a relatively severe influenza season as well. According to the JAMA Network, it was proposed that the CDC estimated (as of February 15, 2020) that at least 29 million people in the United States will be ill with influenza.

They also predicted at least 13 million physician visits, 280,000 hospitalizations, 16,000 deaths, and at least 105 pediatric influenza-associated deaths as reported to the CDC by state health departments.

This doesn’t mean that we shouldn’t focus on the COVID-19 epidemic. At the time of this publication, the CDC’s weekly surveillance reported that, on April 4, 2020, the total number of cases in the United States had totaled to about 277,2-5 with a total of 6,593 reported deaths from the 55 jurisdictions in the US reporting cases (including the 50 states, the District of Columbia, Puerto Rico, Guam, Northern Marianas, and the US Virgin Islands. The CDC continues to update this surveillance report consistently.

At the time of this publication, it was suggested that the 2019-2020 influenza season was considered moderately severe with a large number of ill people and substantial numbers of both hospitalizations and deaths. Further, this season has shown to be especially severe for children—displayed by incredibly high pediatric hospitalization rates.

How to Prevent Catching and Spreading Both COVID-19 and Influenza

Currently, the best ways to prevent catching and spread influenza is to get the flu vaccine every year, avoid sick people (especially those who are displaying symptoms like coughing), and be sure to wash your hands frequently.

As far as the coronavirus, the CDC does now advise wearing a mask if going out in public. In addition, wash your hands regularly and thoroughly, avoid sick people, if you feel ill don’t leave your home, and of course, follow your state or city ordinances for social distancing.