As humans we perceive the world around us in the visible spectrum spanning 480 to 740 nanometers. This narrow range nevertheless encompasses the infinite number of hues that we can see around us. The normal human eye can sense and distinguish these colors with the use of cone shaped cells in the retina, called ‘cones’.

Individuals with color blindness lack the ability to accurately distinguish between several colors to varying degrees due to defects in their cone cells.

There are three different types of cones 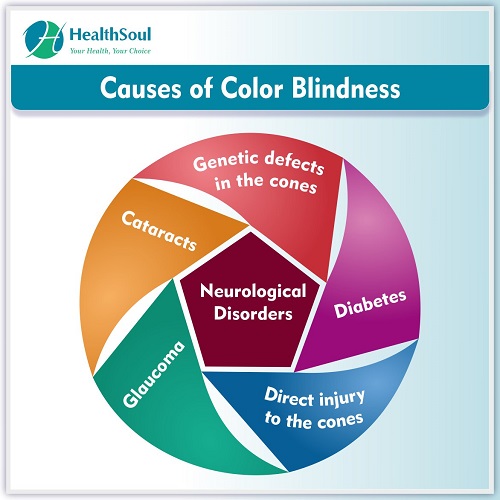 There are three broad categories of color blindness determined by the type of cone affected. 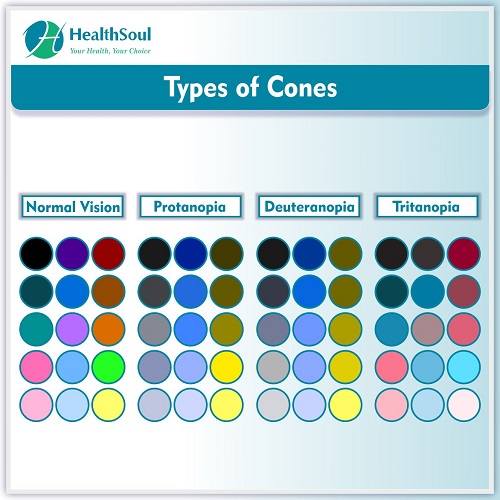 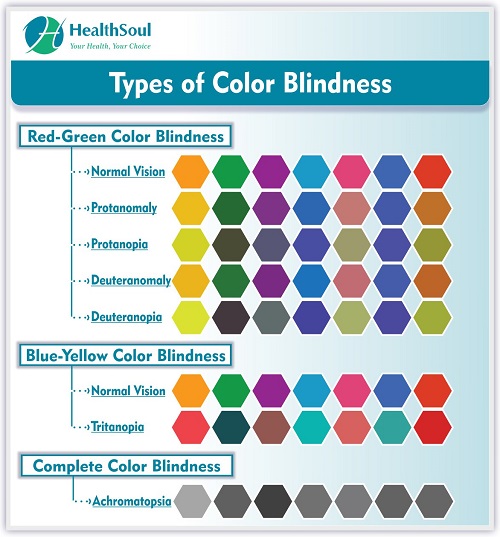 The location of a genetic defect on the chromosome determines the pattern in which a condition is inherited. Color Blindness most commonly occurs due to a genetic defect in the cone cells. Most of the genes responsible for the cones are located on the X chromosome.

Red- Green color blindness is an X-linked recessive disease. This means that if a male child has the abnormal gene on his X chromosome, he is almost sure to manifest the condition. A female on the other hand would need to have both X chromosomes affected to manifest symptoms.

The other types of color blindness are determined by genes present on the autosomal chormosomes. These are the non-sex chromosomes which are present in 2 sets in every individual. There is no preference for either males or females when inherited. 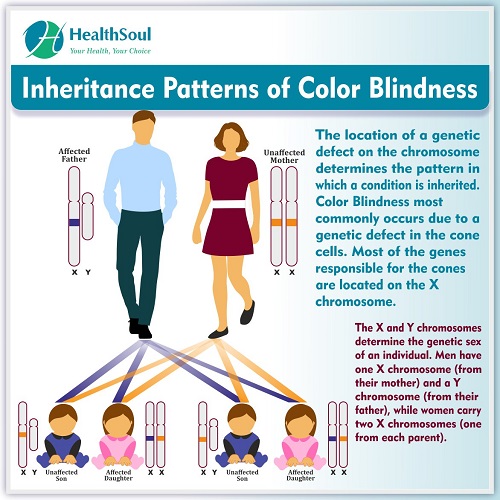 The symptoms most commonly presents in childhood, but is often not noticed  until much later. 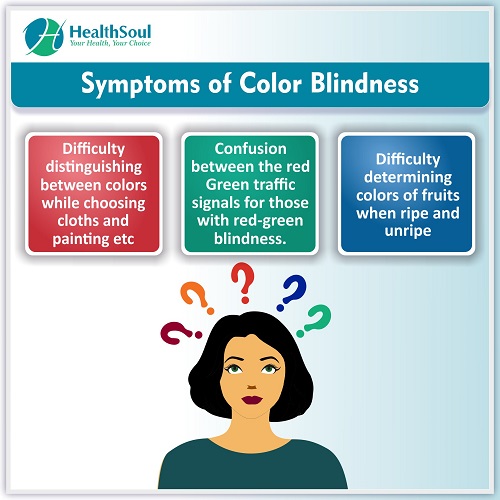 Screening of all individuals for color blindness and especially male children can identify this condition early. The following tests are most commonly used: 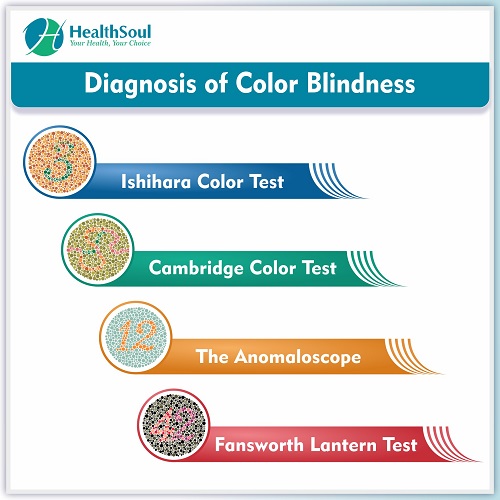 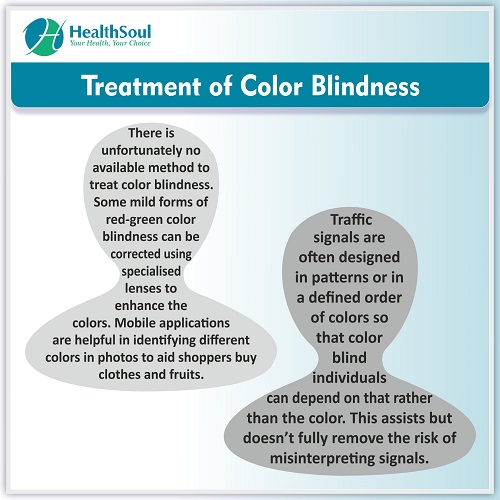