Lung cancer is a devastating disease that is marked by the unregulated and uncontrolled replication of lung cells. Mutations in the DNA of the cells within the lungs prevent the cells from normally progressing through the cell cycle and terminating the process once cell division is complete.

Cancer cells become stuck in the cell cycle and divide into new cells continuously without stopping. This uncontrolled cell division can form groups of cells called tumors, and if there is no intervention, these cells can metastasize or move away from their primary site and invade other tissues in the body.

The Importance of the Immune Systems

Traditional treatments for lung cancer have been to remove tumors from the lung with clean margins if possible, and to administer chemotherapy and radiation. Recently, new immunotherapy drugs have been developed in hopes to effectively eliminate the disease from the human body. The immune system is the first line of defense against disease and cancer. It is key to protecting the body from attack by foreign invaders such as viruses and bacteria. It is also instrumental in destroying toxins and rogue cancer cells produced within the body itself. 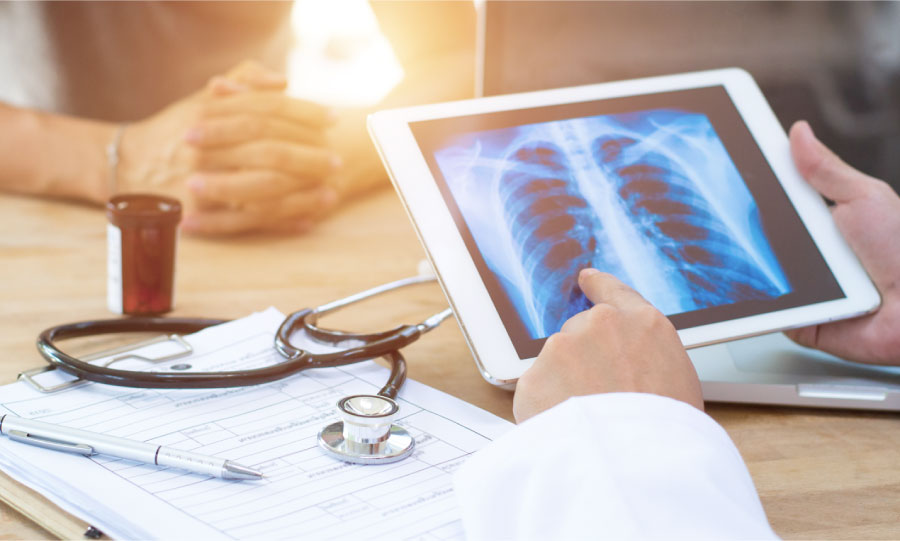 Several drugs on the market today, such as Opdivo have been developed and tested for adults who were previously treated for advanced non-small-cell lung cancer. They claim the Obdivo is “a once in a generation breakthrough for treating lung cancer.” Drugmakers of Bristol-Myers Squibb claim that Optivo offers hope for “a long life” and states that the drug works with the patient’s immune system to destroy cancerous cells. Non-small cell lung cancer, a difficult to treat cancer, is unresponsive or minimally responsive to most cancer treatments and drugs. It is common for this type of cancer to keep progressing after treatment with chemotherapy. If existing immunotherapy drugs have minimal to no effect in preventing the progression of the disease, what if anything must be done to be successful?

The simple answer to this question is that treating non-small cell cancer is complicated. There are many biochemical reactions in the cell that are implicated with the disease. Knowing which biochemical pathways to target and how to intervene is key to curing this disease. Cancer cells are affected by different genetic mutations that determine the structure and the functioning of different cell types. Cancer cells may have defective receptor sites or proteins that do not function the way that they are supposed to.

A study published in the Journal of Clinical Investigation found that a combination of two specific drugs, one targeting the epidermal growth factor receptor protein (EGFR) and the other targeting the tumor necrosis factor protein (TNF) were highly effective in treating lung cancer. Both proteins, when bound to their receptors, allow cancer cells to divide. It was shown that these two drugs prevented the cancerous cells from proliferating. When blocking only the epidermal growth factor receptor, cells kept dividing using tumor necrosis factor as a bypass mechanism to keep dividing and allowing tumors to grow. However, by targeting both proteins and disabling them, the cancerous cells die.