The blood vessels that deliver blood to the brain via the neck are called the carotid arteries. You can feel their pulsations in your neck. Narrowing of these vessels, due to deposition of fat and cholesterol in its wall, causes a reduction in the flow of blood to the brain resulting in a disease called carotid artery disease. Sometimes there can be permanent damage to the brain because of reduced blood flow, this condition is commonly called stroke. Every year about 750,000 individuals in the US become victims of stroke.

Carotid artery disease is caused due to the narrowing of the blood vessel supplying the brain. There are multiple risk factors which affect the development of this disease like: 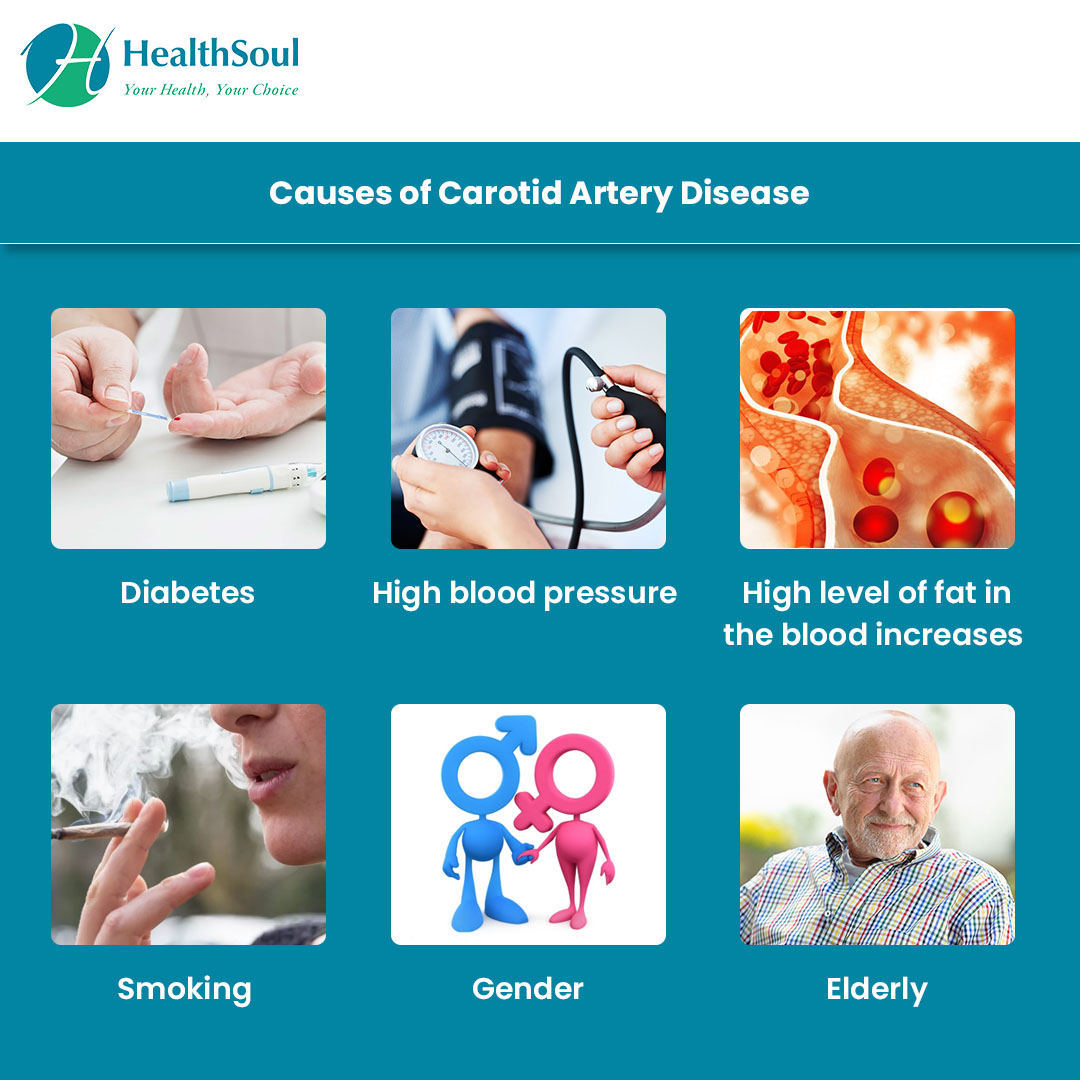 Most of the individuals with carotid artery disease are asymptomatic until they experience a Transient ischemic attack (TIA) or a stroke which are caused due sudden loss of blood supply to a part of the brain. The severity of the symptoms depends on the size of the blood vessel and the area of the brain involved.

To identify the cause of your symptoms your doctor will first do a physical examination to look for signs of a stroke or TIA. To confirm your doctor might order a panel of tests like: 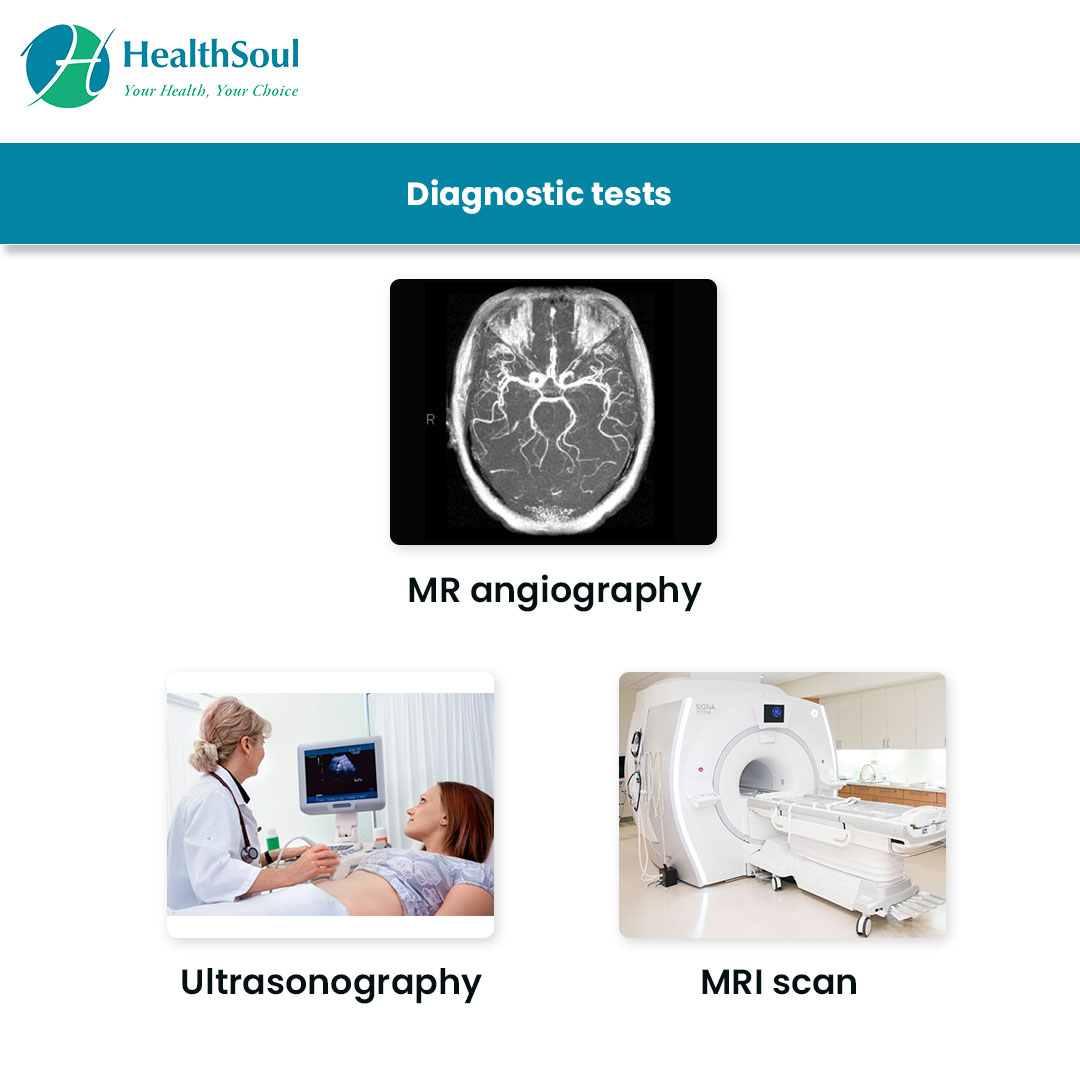 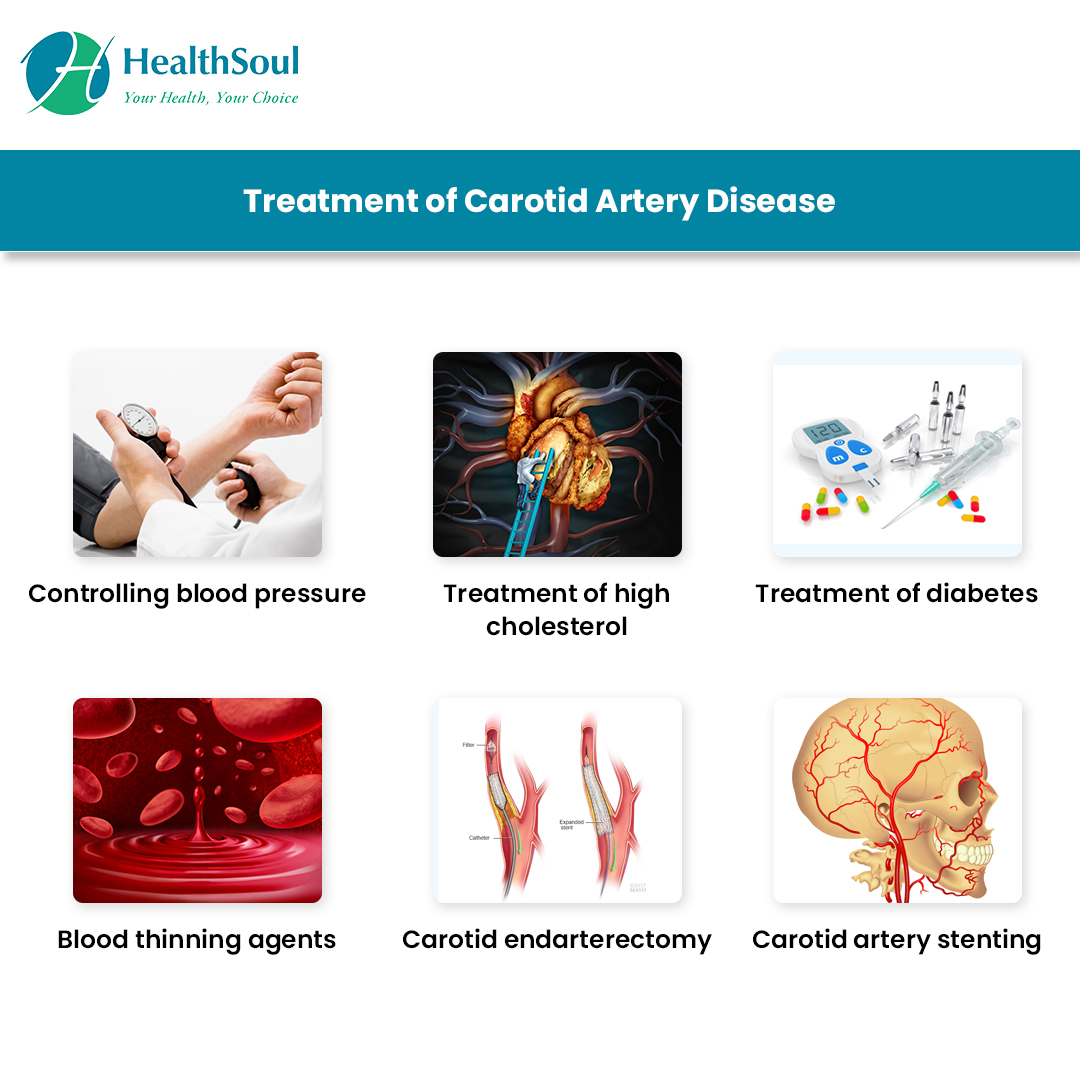 The most dreaded complication of carotid artery disease is a stroke which can leave the patient in a debilitated condition.  Although most individuals with this disease are asymptomatic, individuals with a narrowing of more than 70% will be suggested a corrective surgery to reduced their high risk of stroke.

If you have asymptomatic carotid artery disease, the risk of developing a stroke annually is nearly 2%. This risk rises to 13% if you have symptomatic carotid artery disease i.e. you have had a TIA or stroke before. Carotid endarterectomy has greater beneficial effect when performed within 2 weeks of onset of symptoms. The benefits are more pronounced in older individuals and in males.