To investigate the legitimacy of this theory, researchers determined to identify what, if any, insulation factors influence hospital admission rates. To do so, they used linked datasets to conduct a quasi-experimental retrospective cohort study.

Between July 2009 and June 2014, a home insulation retrofit program in New Zealand provided insulation subsidies to a number of homes. 204,405 houses and 994,317 occupants included in this study were recipients of this program. 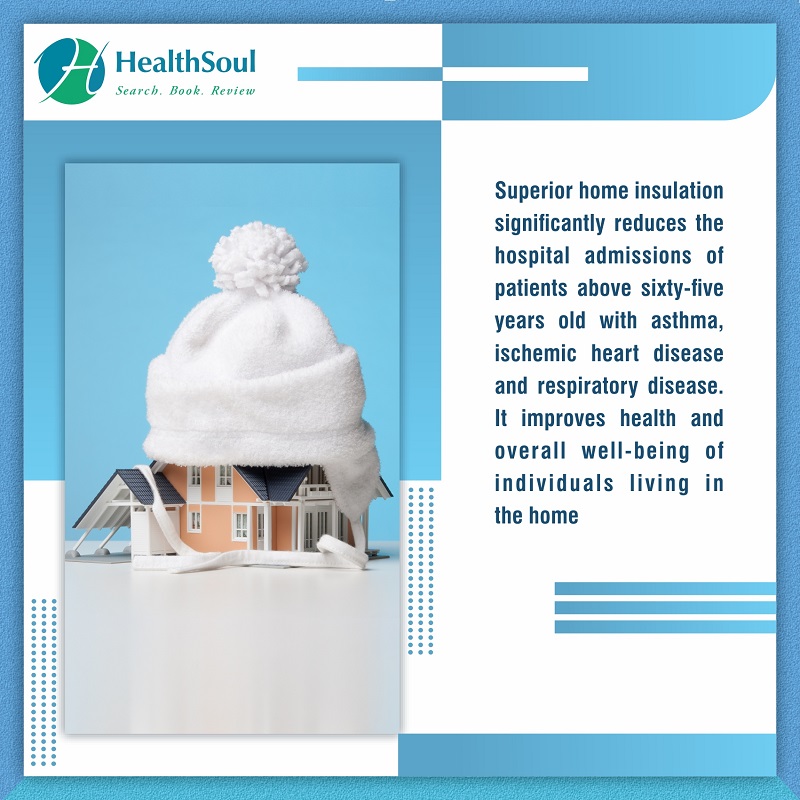 Over the course of the study, 234,873 hospital admissions were recorded. Admissions occurring after the insulation intervention increased among both the control and insulation groups. The only categories that did not see an increase were acute admissions among Pacific Peoples, cardiovascular disease, and ischemic heart disease in those over the age of 65.

Despite the consistent increase in admission across most spectrums, the level of increase was significantly different between the control and insulation groups. The beneficiaries of the insulation initiative saw 9.26 fewer admissions per 1,000 than the control group.

The effects of this initiative were more impactful for those with asthma, ischemic heart disease in people over 65 years old, and respiratory disease.

This study corroborated a previous study that reported individuals attributed health improvements to the national home insulation intervention. While those results were self-reported, this study used hospital admission date to establish a link between the insulation changes and a lower rate of hospital admission.

More plainly put, this study suggests that improved insulation may improve the health and well-being of individuals living in the home. It may also correlate with reduced hospital admissions as a result, further indicating that superior insulation has a quantifiable positive impact on the physical health of occupants.