Autism or Autism Spectrum Disorder (ASD) refers to a condition marked by abnormalities in an individual’s social behaviour and communication. This occurs due to a developmental abnormality in the brain leading to problems in perceiving and responding socially to others around them.

The reason for using the term ‘Autism Spectrum Disorder’ is to highlight that this can present in several ways with a wide ranging set of behavioural patterns. The symptoms of autism are generally noticed in the first 2 year of life and the American Academy of Pediatrics recommends that all children be screened for autism.

The exact cause for ASD remains uncertain. Research suggests that ASD occur due to a combination of genetic and environmental factors. It is important to note that despite some claims, it has been definitively proven that vaccines do not have any association with ASD. Restricting a child from getting vaccinated puts them at risk for potentially fatal illnesses like measles, mumps, diphtheria and Whooping cough.

While ASD occurs in all races, ethnicities, nationalities and ethnic groups, some factors have been found to increase the risk of the condition. 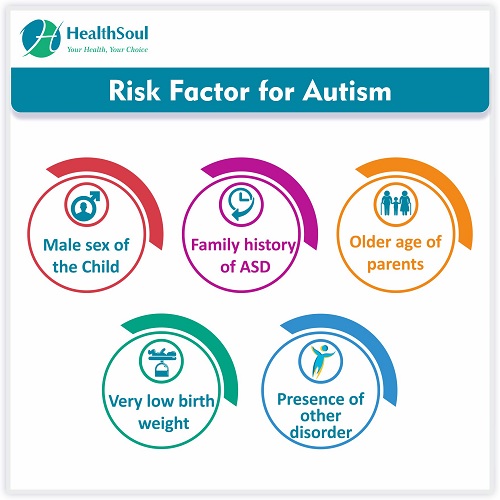 There are no definitive patterns of symptoms which can be observed in all individuals with ASD. Each individual presents across a wide spectrum. Some may have a severe functional disability while others may have minimal problems. Many have decreased intelligence with difficulty learning new information, while some have normal to high intelligence.

In general, some of the common symptoms described in ASD are as follows 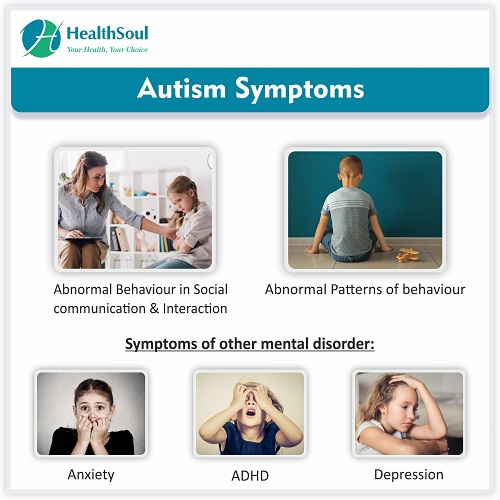 Symptoms of other mental disorders

The potential for varied severity in the presentation of ASD poses a challenge to an effective diagnosis of this condition. Current recommendations are for pediatricians to screen all children under their care for developmental and behavioral abnormalities at regular intervals during well-child examinations.

Suspicion of ASD is then referred for further evaluation by a pediatric neurologist, child psychiatrist or psychologist.

There is, unfortunately, no definitive way to treat or cure ASD. Several methods are followed to manage this condition and the exact management plan is tailored to suit the individual to aid in maximizing functional status. Generally, this involves a multi-disciplinary team and requires time and patience.

The various treatment options include the following 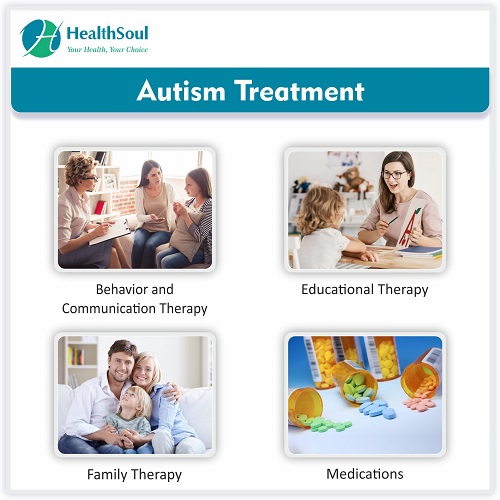 With increasing age, milder form of ASD may show improvement and individuals manage to merge with their peers to live normal lives. However, the majority with severe functional disability and those with intellectual disability face many problems further down the line. Adolescence tends to bring about many new challenges and emotional difficulties as well. Early, effective therapy may offer results in equipping individuals to live an independent life.