Your heart is made of four chambers, the left and right atrium, and the left and right ventricle. The healthy heart beats regularly to pump blood to the body. Each heart beat is triggered by an electrical signal from a group of special cells in the wall of the right atrium, which are together called, the sinoatrial node (SA node). The electrical signal then travels through the wall of the atria and reaches another group of special tissue called the atrio-ventricular node (AV node); from here the electrical impulse is transmitted to the wall of the ventricles to signal contraction. 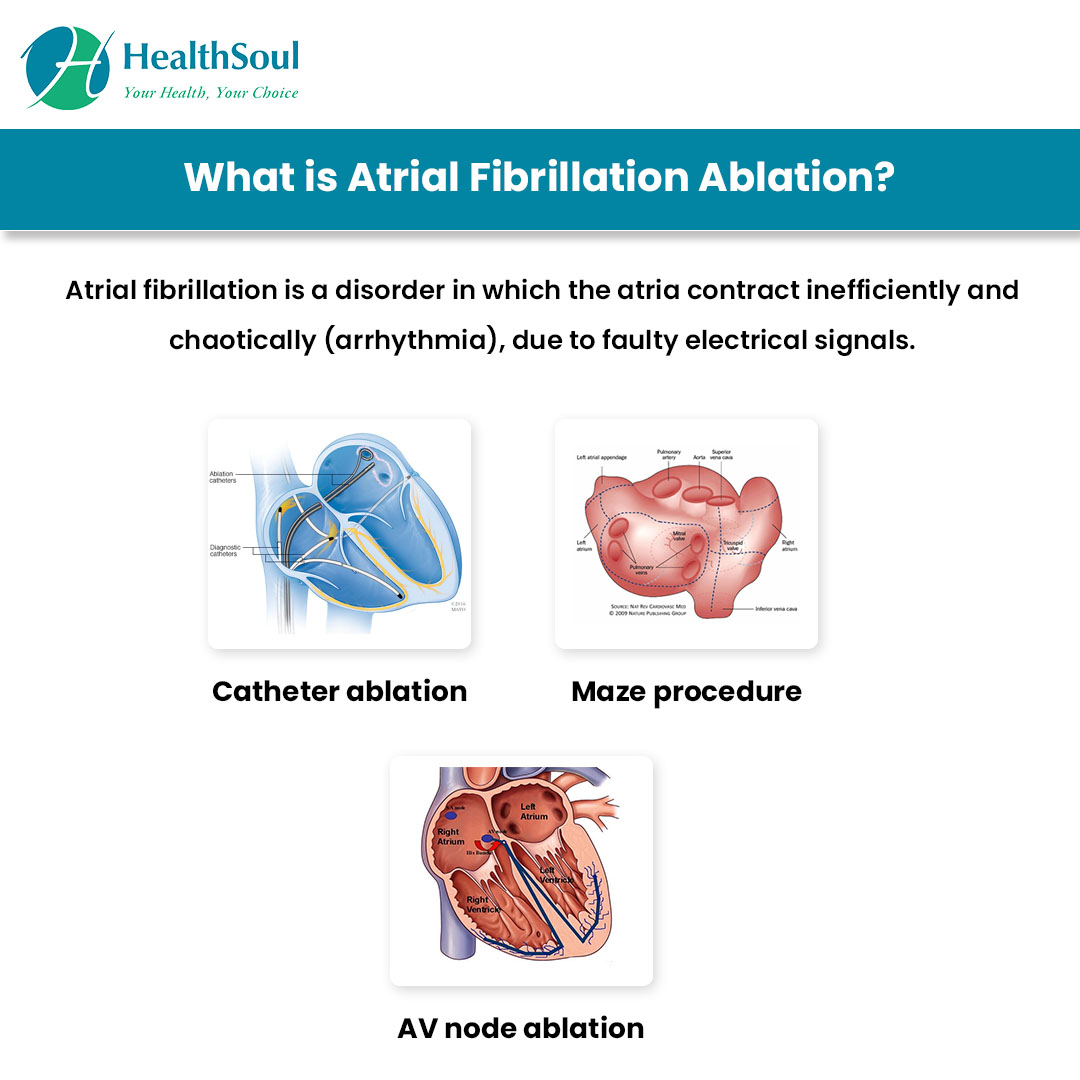 What is Atrial Fibrillation Ablation?

Once diagnosed it is imperative to treat atrial fibrillation either medically or surgically, because this condition deteriorates over time. 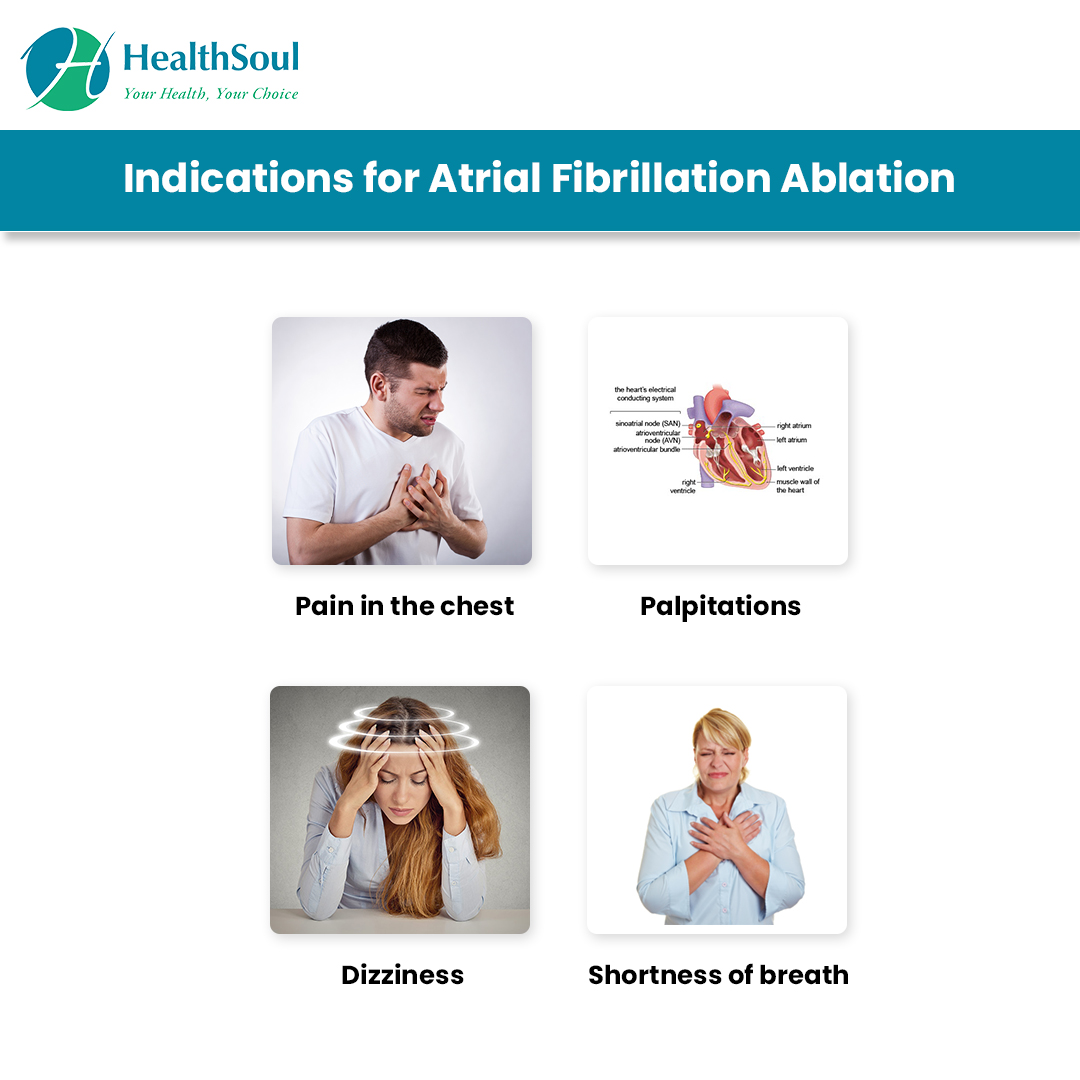 To prepare for the surgery your Cardiologist will order a series of tests, to evaluate the health of your heart, after taking a thorough history and physical examination. Your doctor would like to know about the medications you’ve been taking and may make some changes to them in preparation for the surgery. Inform your doctor about any allergies to medications that you might have. Your doctor would like to know if you have an Implantable Cardioverter Defibrillator(ICD) or a pacemaker. You will be asked to stop eating and drinking the night before the surgery.

The complications encountered depend upon the procedure used to treat atrial fibrillation. They are:

Following a catheter ablation you will be monitored as the effect of the sedatives wane. Depending on your vitals you will be allowed to go home on the same day or the next day. It is advisable to arrange for someone to drive you home. You might feel a bit sore for a few days after the surgery. Your doctor will schedule an appointment with you for a follow up.