Anemia is a medical condition in which the number of red blood cells in the blood decreases which impairs the oxygen supply to body’s parts. The red blood cell or RBCs are cells which imparts red color to the blood as they contain a red pigment known as hemoglobin. The anemic person experiences fatigue, drowsiness and much more. There are many forms of anemia.

Sometimes anemia is seen as symptom and not a disease as it can be manifestation of various underlying diseases and once the disease is treated the anemia goes away.

For men anemia is generally defined as hemoglobin levels less than 13.5 grams per 100 ml of blood and for female this value is 12.0 grams. In the United State about 2% to 10% of people have anemia.

The signs and symptoms of anemia are as follows 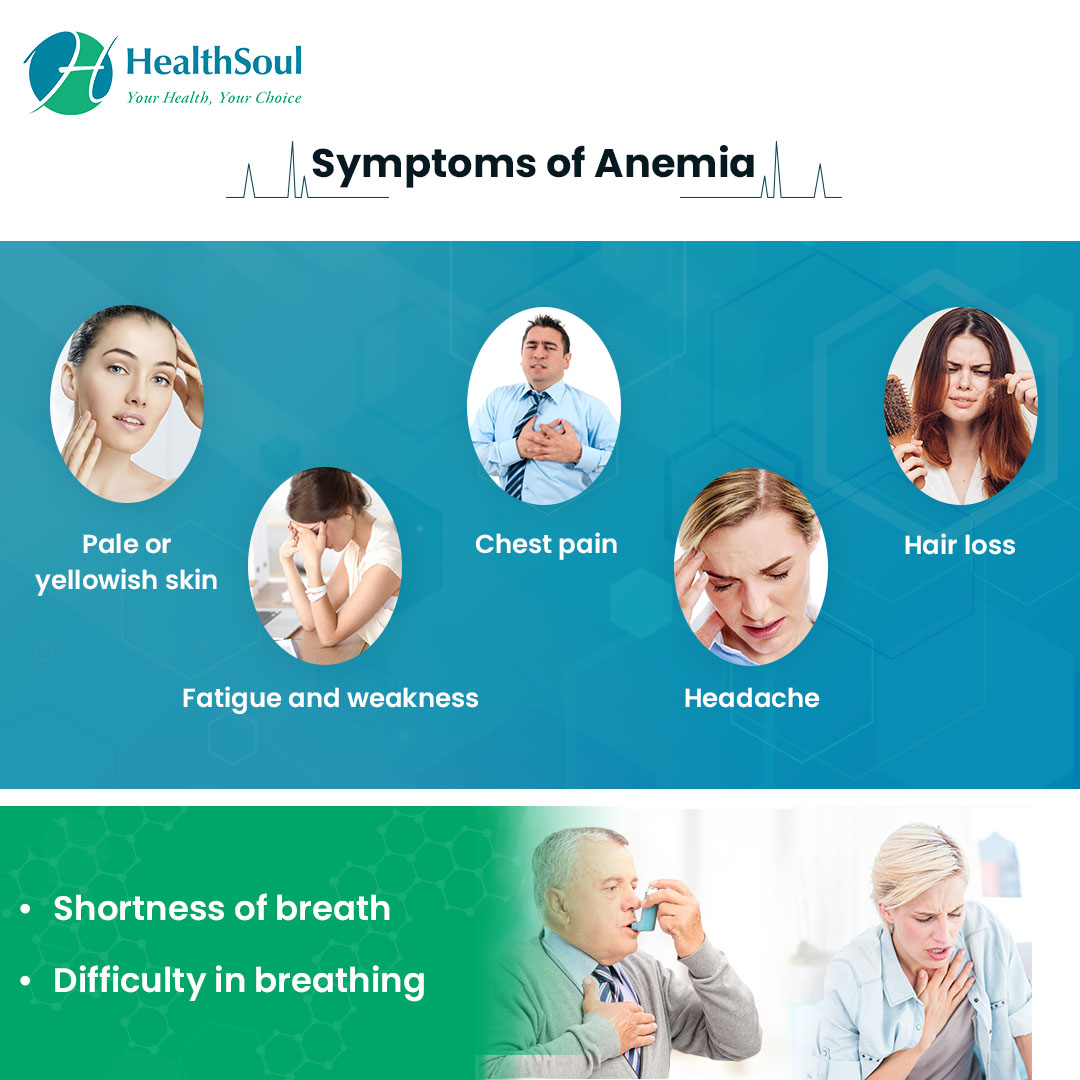 Conditions affecting the production of red blood cells: Red blood cells are produced in the bone marrow and requires iron, vitamin and other components for the formation of hemoglobin 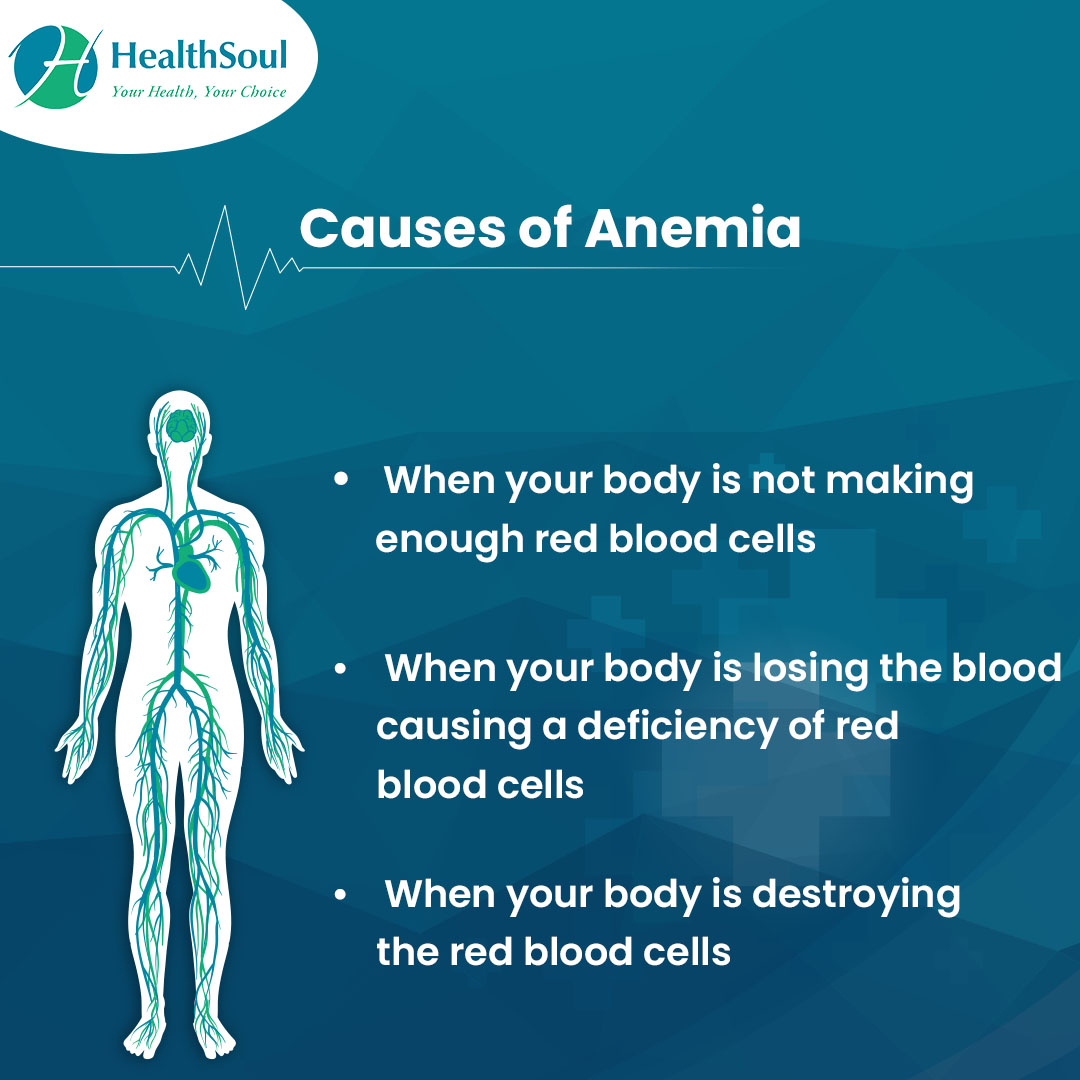 Your doctor will use your medical history, conduct a physical examination and order some tests to know the cause of anemia

Blood tests: a small sample of blood is taken to

These tests will only reveal that the presence of anemia. So, other tests are still required to know the cause of anemia like 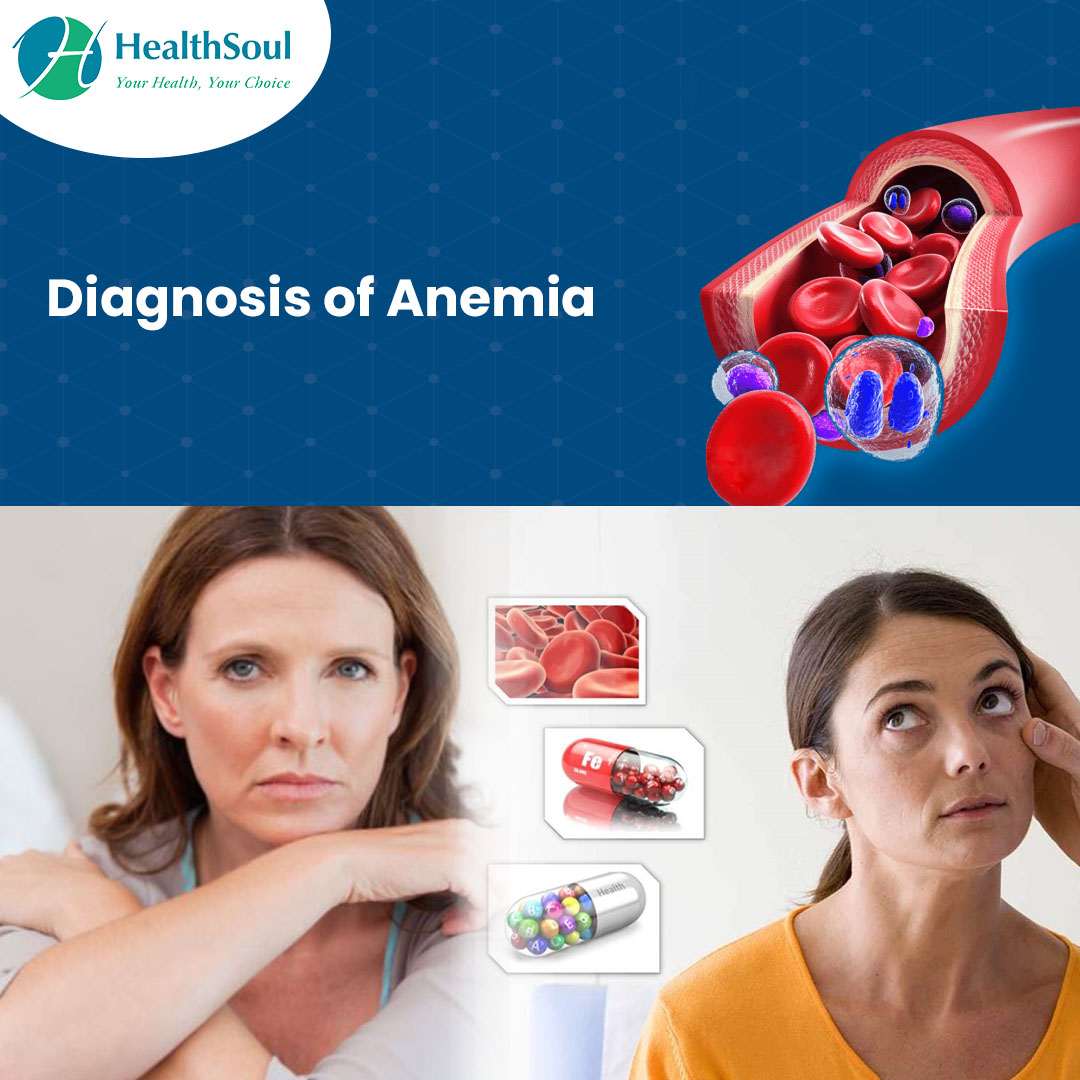 The treatment of anemia depends upon the underlying cause as

Vitamin supplements: for vitamin deficient anemia, vitamins supplements like Vit B12, folic acid is given.

Erythropoietin: It is a hormone normally produced by the kidney which stimulates the formation of RBCs. The synthetic preparations of this hormone can be injected to increase RBCs production.