What treatment is best for out-of-hospital cardiac arrest and refractory ventricular fibrillation?

Rapid response to out-of-hospital cardiac arrest (OHCA) and ventricular fibrillation is vital to survival rates among such individuals. As such, immediately effective treatment techniques are paramount. The standard is currently advanced cardiac life support (ACLS) treatment, but professionals believe there could be more effective methods.

This study, which was conducted at the University of Minnesota Medical Center, included adults between 18 and 75 years old. Participants had to present both OHCA and refractory ventricular fibrillation, automated cardiopulmonary resuscitation, and an estimated transfer time of under 30 minutes. They could not show spontaneous circulation after three shocks. These patients were assigned randomly to either standard ACLS treatment or ECMO-facilitated resuscitation when they arrived at the hospital. 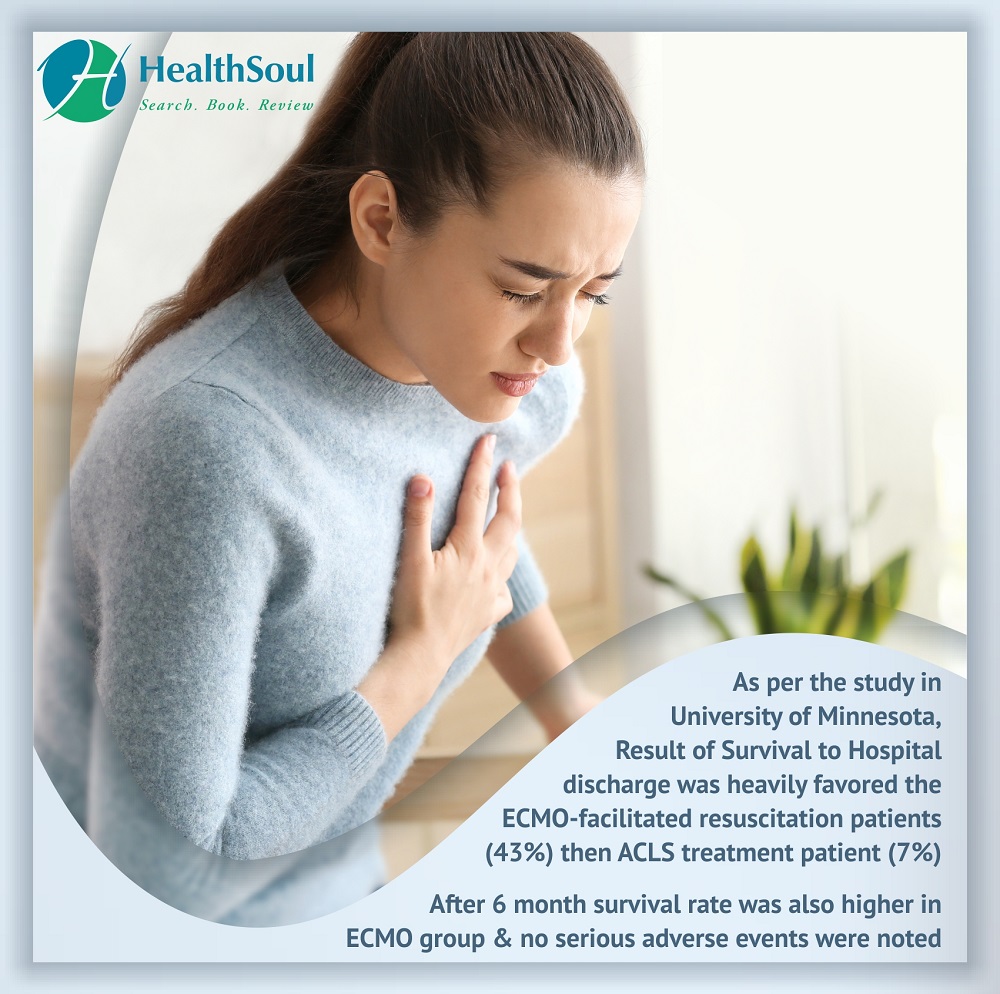 A total of 30 patients were included in this study between August 8, 2019, and June 14, 2020. 83% of patients were men, and the mean age of the participants was 59 years. One patient withdrew before discharge. They were in the ECMO-facilitated resuscitation group.

Additionally, the six-month survival rate was significantly higher in the ECMO group than it was in the standard ACLS group, and no unexpected serious adverse events were noted.

Compared to standard ACLS treatment for OHCA and refractory ventricular fibrillation, early EMCO-facilitated resuscitation was the far superior option. So superior in regard to both primary and secondary outcomes, in fact, that the study was unanimously terminated at the first preplanned interim analysis.

The research conducted here is important, as it may inform how future cases of OHCA and refractory ventricular fibrillation are treated, leading to increased survival rates.